I used to do pub quizzes. One of the people who used to organise them had a saying that there was no such thing as a hard question, just stuff you don’t know. There is an element of truth in this. If you haven’t ever read anything on the Taiping rebellion or if you don’t watch Coronation Street you’ll suffer in those areas. However being asked “What colour is my jumper?” is pretty much a gimme, unless you’re colour blind. 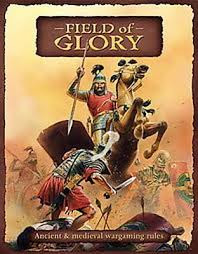 I sort of feel this way about fast play wargames rules. Well, let’s get some perspective. Pretty much every set of rules ever published is suitable for fast play with vast armies. Very few advertise themselves as “gives turgid play with two units a side”. There are some outliers in this analysis. FoG doesn’t claim to be for vast armies in its pure form (neither does DBA) and Megablitz is not intended for skirmish games.

In my experience there are few rule sets that deliver what they promise from day one, - except perhaps DBA. It’s like the quiz master. There are no fast play rules, just those you know really well and those you don’t. I’ve written on Black Powder quite a bit. They do play quickly, - if you know how they work. If you have to stop to look at the rule book at any point then the game just stops in its tracks. Some rules you think are fast play, then they trip you up. An example of that would be Armati. I play them less frequently than I used to, but I could play them without reference to the playsheet or the rule book, mostly. It was those odd, rarely used, rules that would trip me up if my opponent invoked them. Although I suppose the game did go quickly as my plans unravelled.

I re-read Tony Bath’s Ancient rules recently and I have to say that starting from scratch they looked like a pig to learn, although they probably gave a fast moving game. On the other hand Neil Thomas’ “Ancient and Medieval Wargmaing” had us up and playing in a very short time, with little reference to anything except a few data tables. 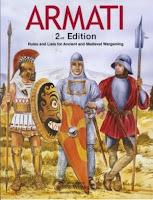 Of course fast play isn’t just down to simple mechanisms, - they’ve got to give you a result. Much as I love Armati some of the infantry v infantry melees can go on for ever. So the claim “you don’t need to look at the playsheet” or “no playsheet required” isn’t really a guide. If you’ve got a mechanism that requires one side to roll a double 6 when the other is throwing a double 1 to get a result you’re going to be there a long time. It may be realistic, but it isn’t fast. 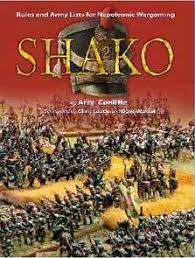 Which sort of brings me to this week’s game. We did something from the US/Mexican War of the 1840s, where the USA started to stamp its manifest destiny all over the continent. For rules we were using Arty Conliffe’s “Shako II” Napoleonic rules as basically both armies were still armed with muskets and fought in lines and columns.
I was quite excited by this as I have a lot of time for Arty Conliffe as a game designer. I like Armati, as I’ve said, and Crossfire is a game I’d like to play a lot more. So, Shako II which was both by Arty and featured “fast play” seemed to me to tick most of my boxes.
It was a simple game. Lots of not very good Mexicans marched across the battlefield to take on the small, yet perfectly formed, Yankees. As the Mexicans my colleague and I formed a simple plan, - we had everything in column and just put our heads down and went for them. It nearly succeeded, but we were undone by the rather too simple destruction of our cavalry by some Texas Ranger – Rough Rider types. These put our lancers to flight, despite us having lances (with pennons) and nicer, neater, brightly coloured uniforms.
The infantry columns had mixed success. The Yankees shook out into a firing line and we charged into them. Sometimes we got shot off, sometimes we lost the melee and sometimes we broke the line. Alas the first two outcomes outweighed the latter one by a bit and our army broke and fled. It was satisfying seeing some of the Yankees heading for home and I think they got a much bloodier nose than normally expected.
So what about Shako II and its fast play credentials? It took about 2 ½ hours for my two divisions to march across a four foot deep table and fight themselves to defeat. There was no hesitation, no fancy tactics. There was a bit of fussing about with the cavalry, and a bit of flicking through the rule book, of which we only had one copy, so we weren’t moving as fast as we could.

The rules don’t seem as complicated as old favourites such as Bruce Quarrie’s rules published by Airfix, all those years ago (lent my copy out, never got it back) but are they fast? I’m not convinced. And the rule book layout isn’t good. There’s a lot of text crammed into the pages, - although there are some nice diagrams, which are helpful, and some pictures, which are not – and there’s an odd desire to put grey backgrounds to some of the text boxes. I mean dark grey, thus rendering the text almost indecipherable. I’d obviously need to sit down for an evening or two to get the hang of them, but compared to Armati and Crossfire they're not as clear nor is the layout as visually appealing (and that doesn’t mean put in glossy pictures).
I think we should give them another go, and I’d like to spice up the scenario as I’ve had as much fun as I’m going to get out of just marching in a straight line.
So all in all, I think Shako II proves my original thesis. There’s no such thing as fast play rules. There’s just rule sets you know, and rule sets you don’t.
Posted by Trebian at 19:54