Starting work again has reduced the speed of production on the Assyrian assembly line, but I’ve finished off a couple of auxiliary type units, from the “Assyrian Auxiliary Infantry” box produced by Hat.

These are variously described as Elamites or Chaldeans. In summary this means no body armour, slight different styling on the tunics, different helmets and wicker work shields. 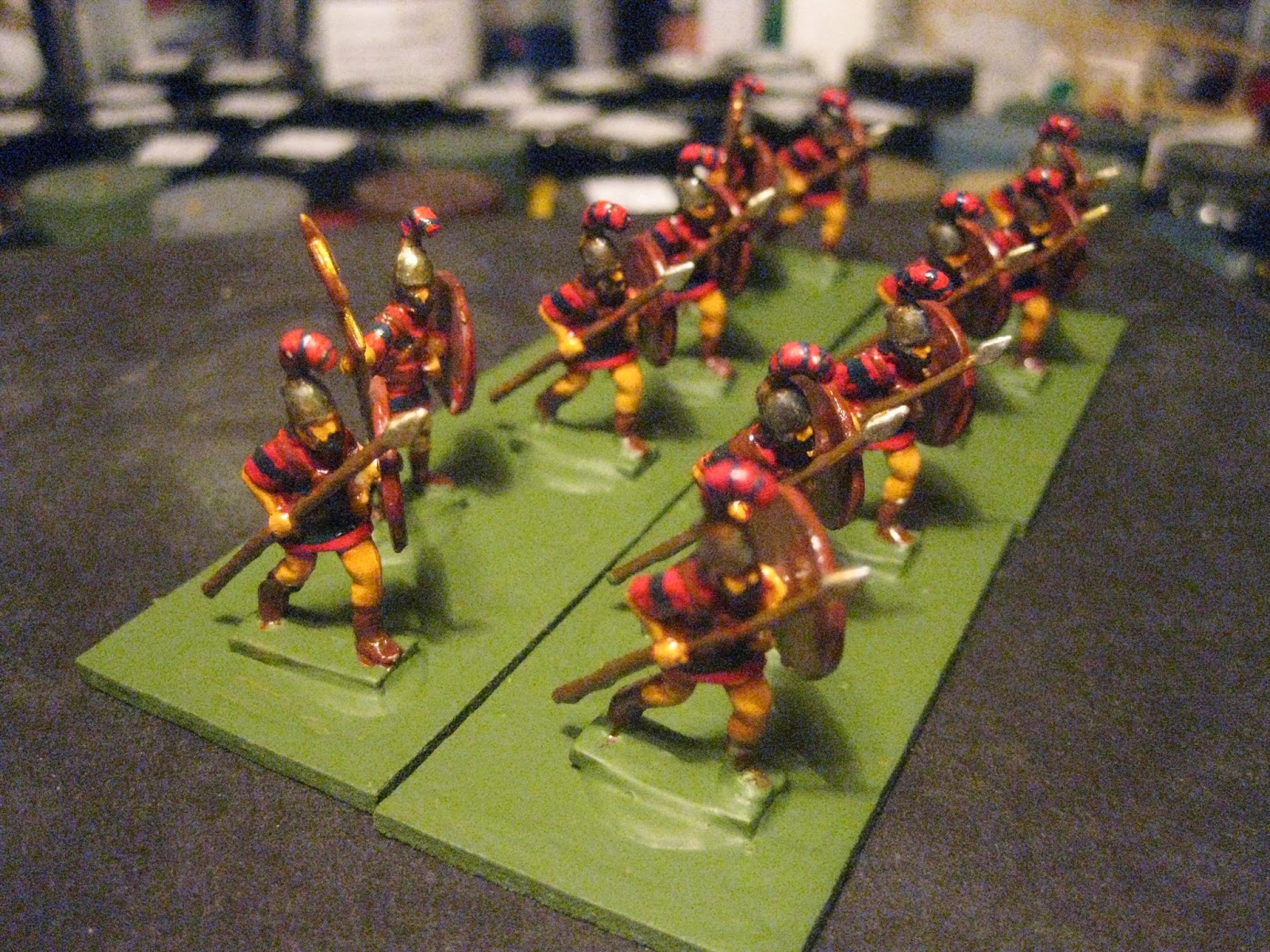 It also means three figures to a base, which is a shade annoying when a box has four identical sprues in it. I bulked out a couple of bases with some standard bearers to reduce wastage. 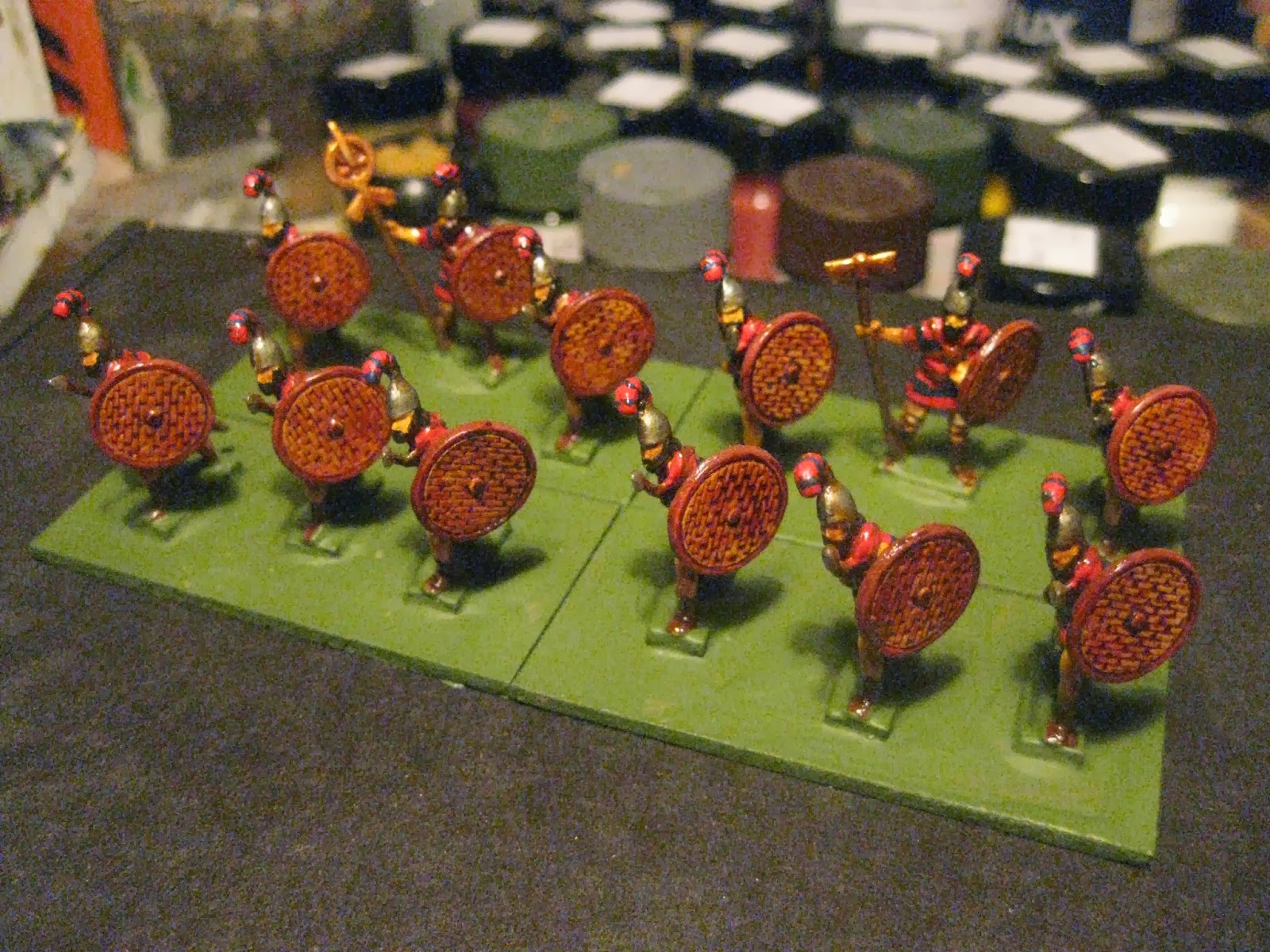 I was quite excited by these figures as they have a nice look and feel to them, and the wicker work shields are nicely realised. The different costume style with the broad colour banding and the plumed helmets also make a change from the regular Assyrian heavies. 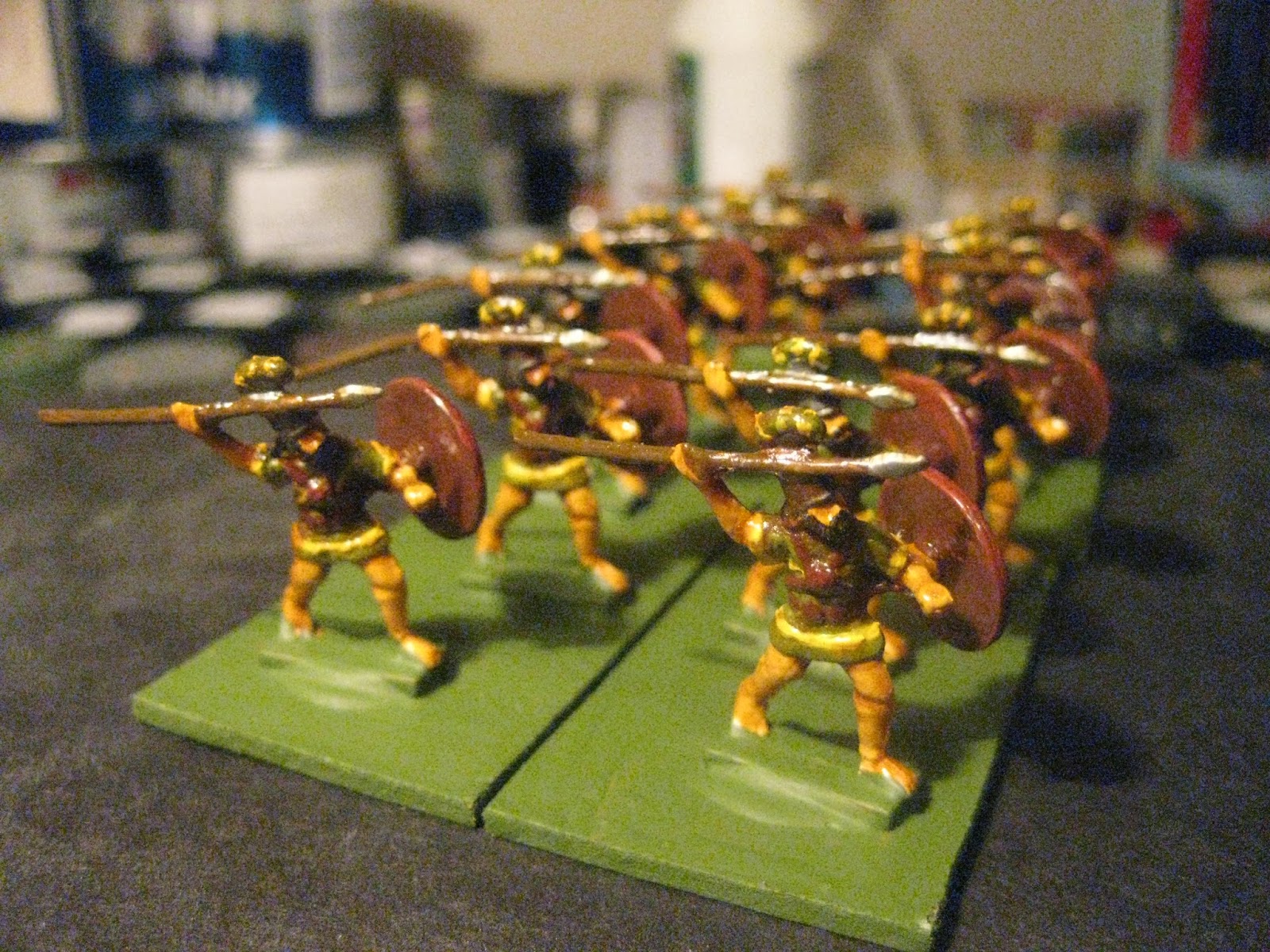 I think they’ve come out okay, although I made the mistake of gluing the shields on before I painted the figures which made some areas difficult to get at. I don’t know how that happened, as I didn’t do it with all the other stuff. The error meant that it was awkward to paint the horizontal stripes on the tunics, and I’m not happy with the results. I tried to pull the shields off, but (wouldn’t you know it) they just won’t shift. In this case the glue was truly super. 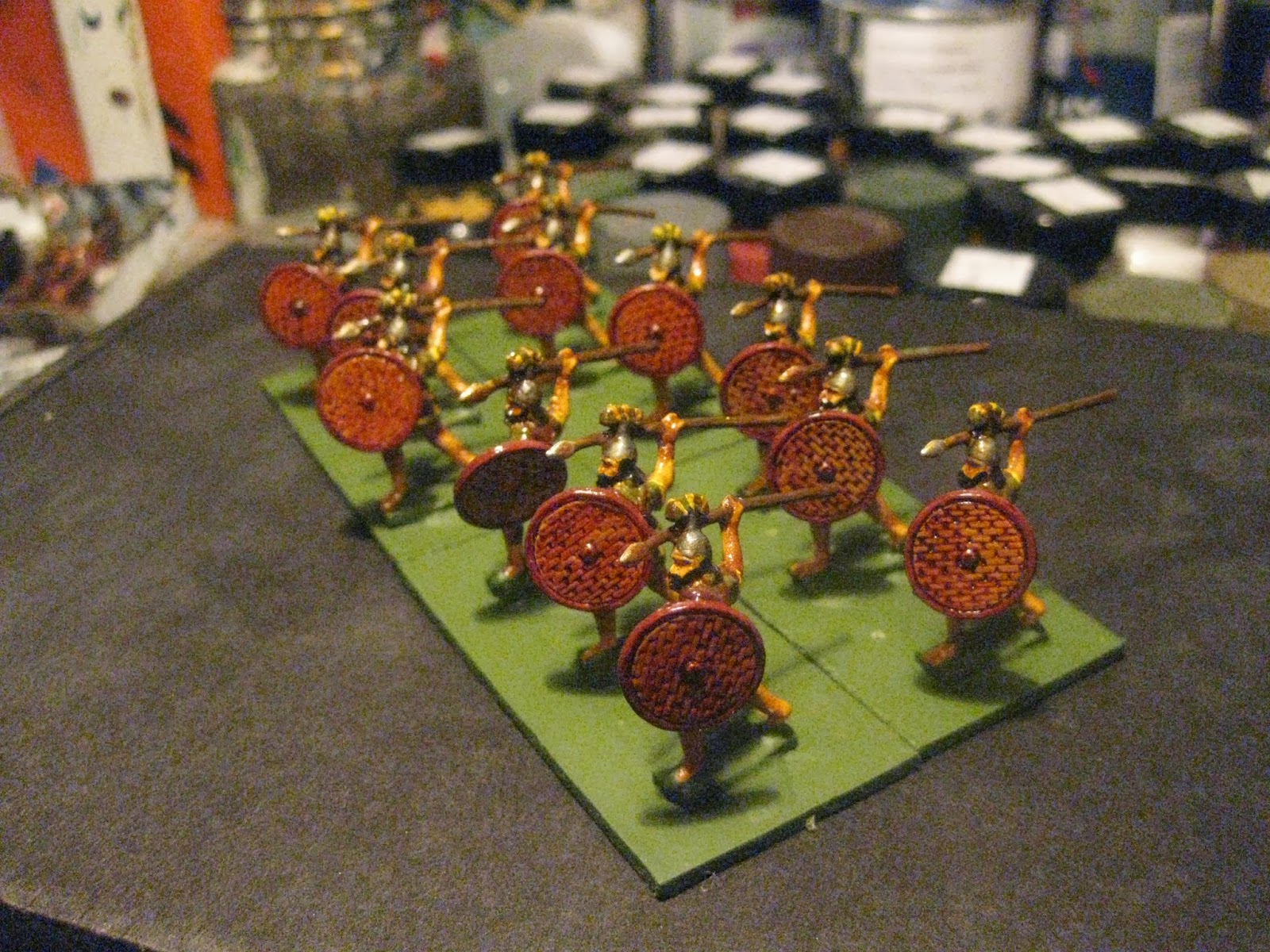 Unusually for me with these I also gave the wicker shields an ink wash before varnishing. Normally I just rely on the Ronseal, but this time round I thought I’d try to get a bit more definition .

In summary, okay, but not as much fun to paint as I thought they would be. It seems that I’m really starting to love all the little fiddly detailed bits on the Assyrian tunics.

Now I need to get on with some chariots.
Posted by Trebian at 20:30