One of the things I liked about RFCM games from the very beginning was the pre-game. Embedded in the game system was a simple scenario generator that meant games weren't simple points v points match ups. The best of these in the early days (and still now, in my opinion) was the original "AK47 Republic", with its slightly mad political tracks. They gave you a variable start up, they gave you a narrative and they didn't take very long about it.

For preference, if I'm running a game, I like a scenario with objectives. In a perfect world I'll have worked it out myself, and given briefings. Deployments will be predetermined or there'll be something in the set up that makes it clear who puts stuff out first, and what restrictions there are.

Getting toys on the table fairly is an old problem. Back if the old days deployment maps were often suggested, or the curtain down the middle of the table. I certainly use the former from time to time (I have deployment boards marked up in element widths), and Shedquarters is set up to allow for the latter (not often used, as it doesn't appeal to everyone).

If both players are putting out at the same time you have the classic problem of players keeping an eye on what the opponent is doing, to make sure your green infantry aren't lined up against his elite heavy cavalry. DBA has an interesting approach, with clearly defined attacker and defender, with the defender having the "unit switch" option.

In recent months I've experimented with players alternating deploying single units, which has provided some entertainment. Often I put the defenders down, and tell the attacker to get on with it.

Another old idea is deployment cards with dummies. This can work really well on a gridded board, as there's no issue with the foot print of the unit (I remember many, many, years ago doing this with cards and finding the units wouldn't fit in the space once revealed). 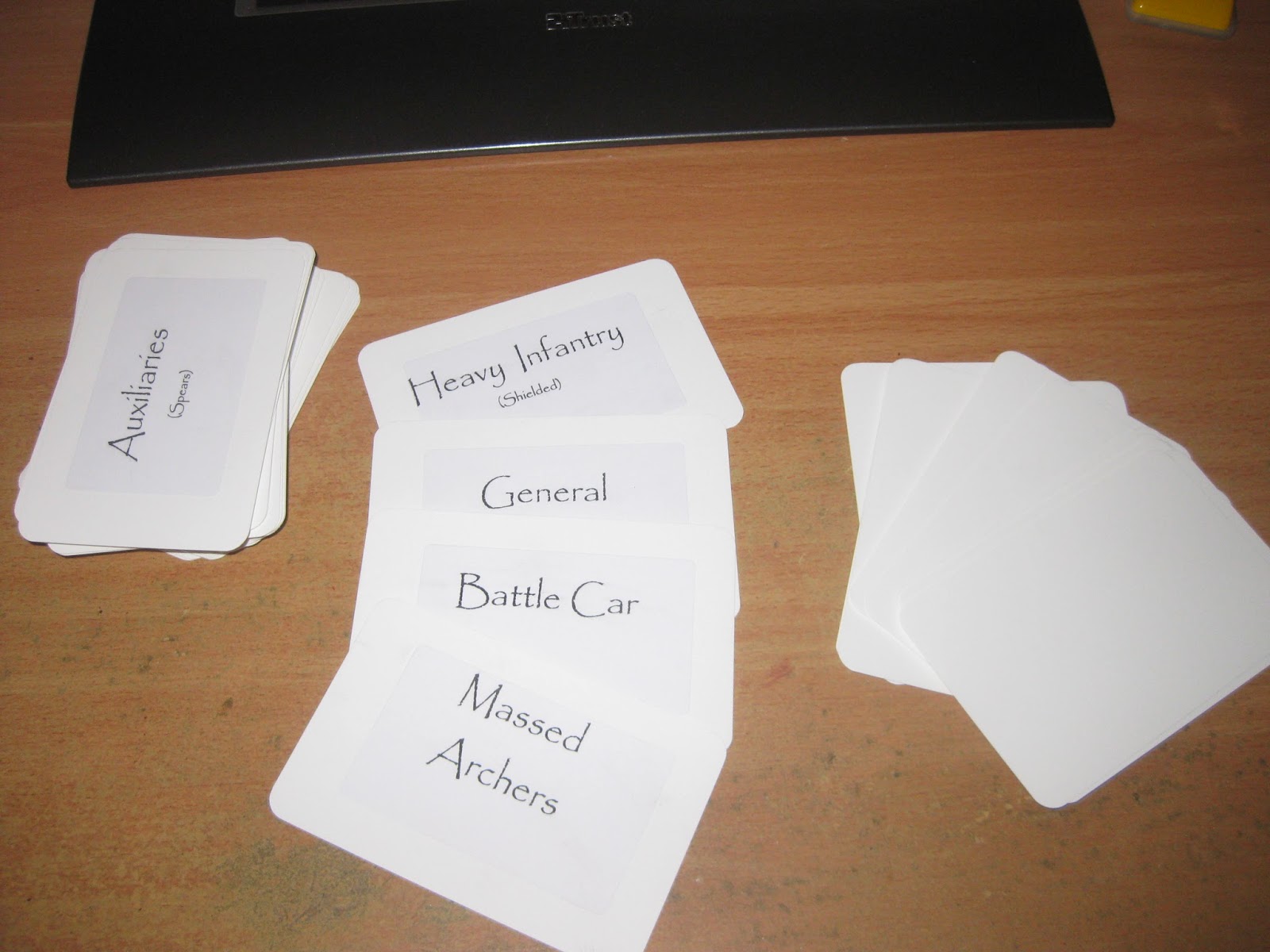 For this Wednesday's game I'm going to give deployment cards a go. We're revisiting the Sumerian rules, and I've put together some simple cards for the units using blanks and printer labels.

I don't think we'll go as far as them being face down until they can be sighted for the whole game. I think it'll be enough just to use them to layout where the units are.

If this turns out to be satisfactory I will revisit this for my other armies. I've got a couple of decks of spare blank cards in the desk, and in any event you can buy packs of cards for less than £1 these days.

Now outside into the sunshine, I think.