A piece of history

I came across a piece of history whilst looking for something else yesterday.

Most of you will know of Mr Peter Berry, owner of, and designer for, Baccus miniatures, purveyor of fine 6mm figures in a variety of periods.

Some of you will be aware that Pete actually started Baccus by producing a range of resin buildings, also in 6mm. I have a full set of his original Vauban fortress, complete with trench sections and gun emplacements. It's an impressive piece of work and has been used infrequently I'm afraid to say. I keep promising myself I'll go back and quite some siege rules, but you know how it is....

I first met Pete when I was a student. He'd just graduated and worked in a bank. Lots of graduates did in those days. However he really wanted to do something in the wargaming world. He'd already helped Ian Beck produce his various western gunfight rules, and was developing a set of rules called "RROT" when I first met him ("Romans Rumble Over Things").

His first endeavours in figure design we not in 6mm. At this time Pete's generation of the University Club had a strong "Napoleonic" presence (I say "Napoleonic" as they talked about and covered the wider late 18th/early 19th century period). Mega refights (eg Austerlitz) were an annual occurrence at which they would all moan about the non-availability of proper figures for the period from manufacturers. One of the big complaints was that it was easy to get Waterloo period French, but not French of the Glory Days of the Republic.

So Pete's first master was a Revolutionary infantryman. Made in Miliput, cast into a rubber mould made using Plasticene and Lego bricks. I was there when he cast the first one, and I took away one of that initial batch and painted him overnight.

Here he is. Slightly dusty, minus a bayonet, but still looking good after more than 30 years: 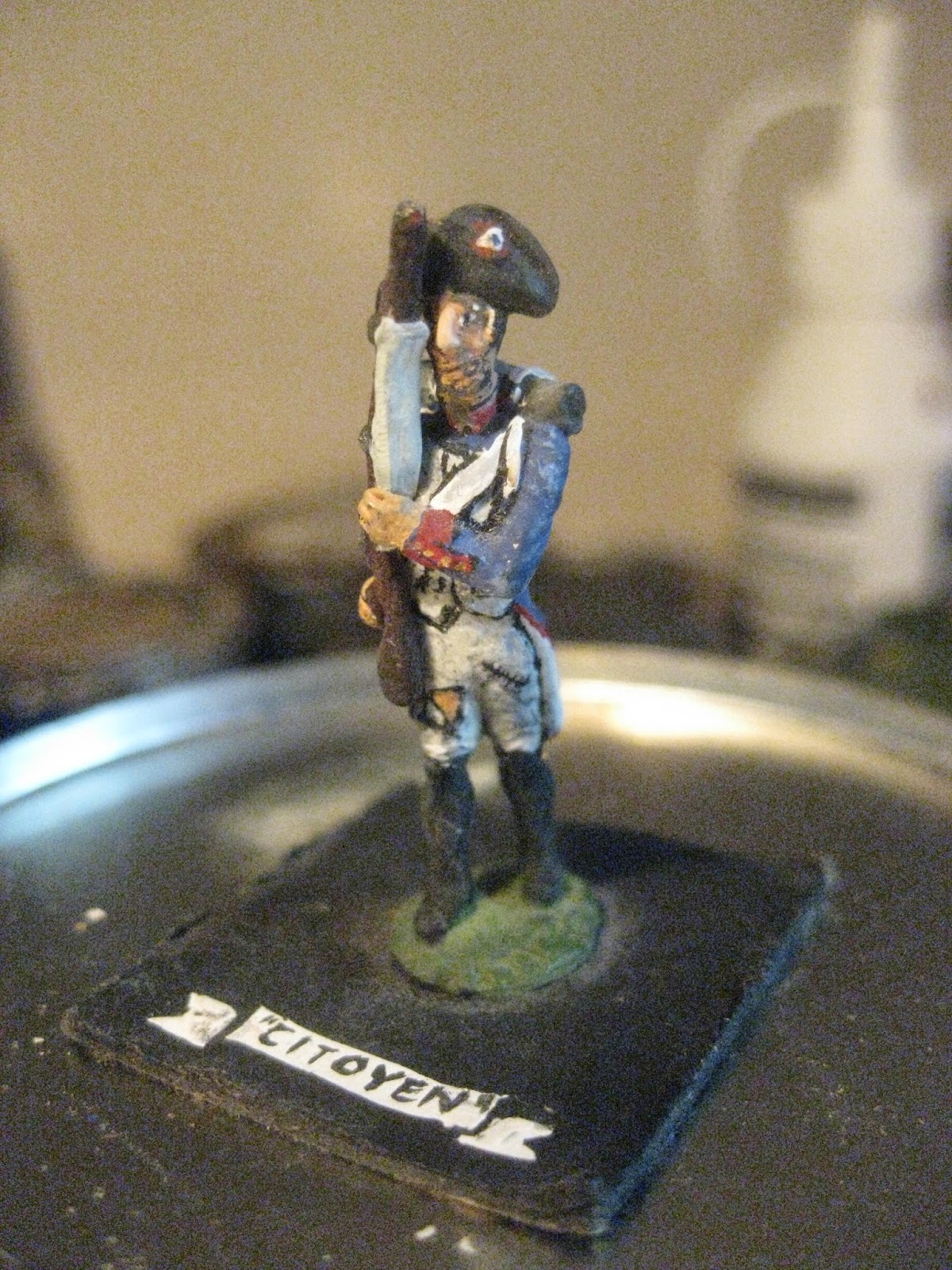