So, I got these Assyrians then realised I didn't really have any opponents for them. Realising that I could get double duty out of Medes as Early Persians (sort of) and that they fought the Assyrians the course was obvious. Buy a load of Early Persians.

Actually I really only needed the foot, as I have a pile of cavalry that'll pass muster, more or less.

The only early period plastic Persians that fit with my existing figures are those from Zvezda (I already have the cavalry and chariots).

The Zvezda figures seem to be out of production, but I picked up half a dozen boxes of the Italeri run, so job's a good 'un.

I've still got a few (er, I mean LOADS)  of my Assyrians to finish so they can double as Babylonians but I only need a couple of units to make up a basic AMW Median army. So that's what I've just finished. 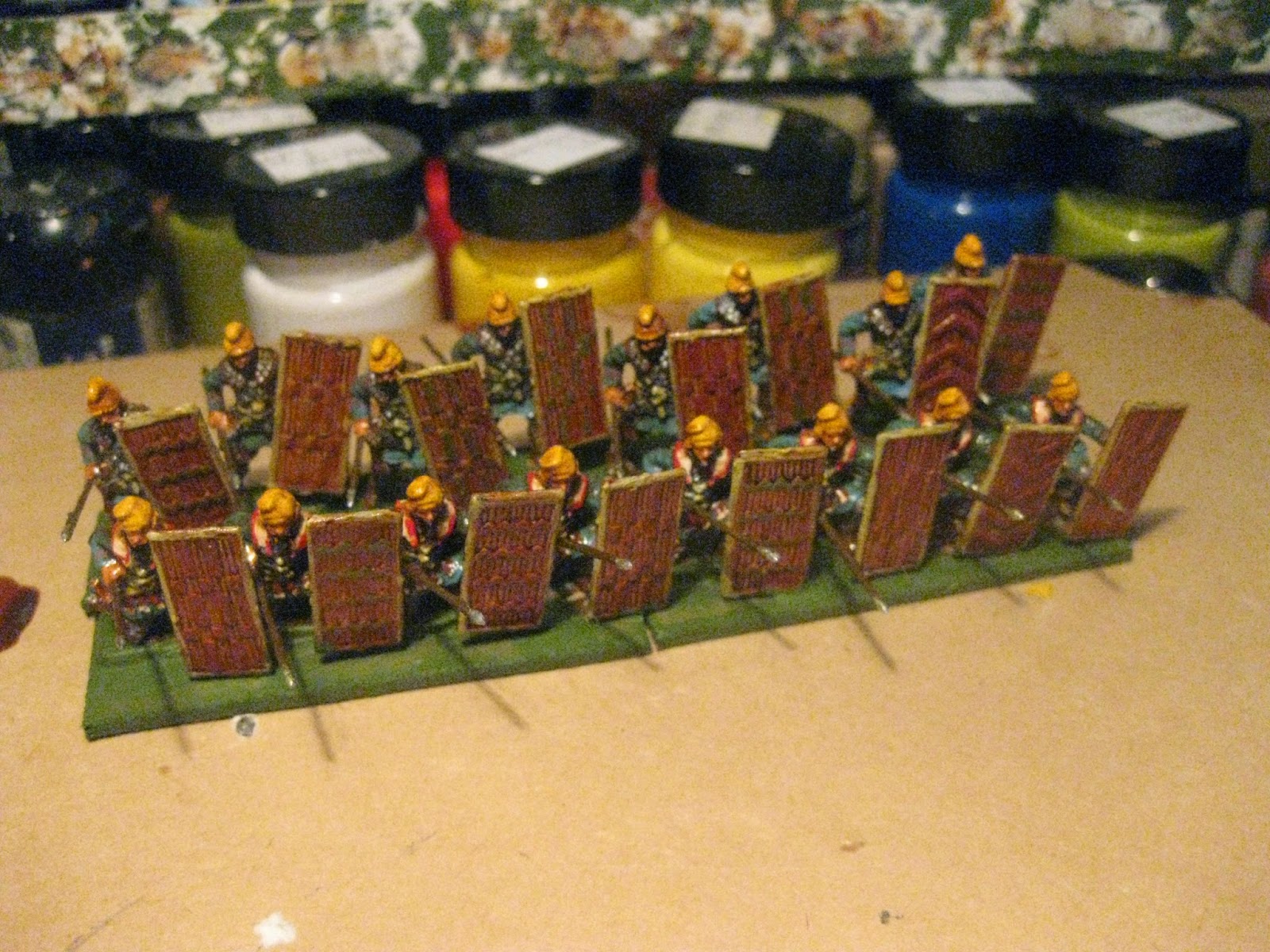 I've done one unit of spears men and one of archers, each with a rank kneeling and standing. I can then mix and match to get combined units as well. 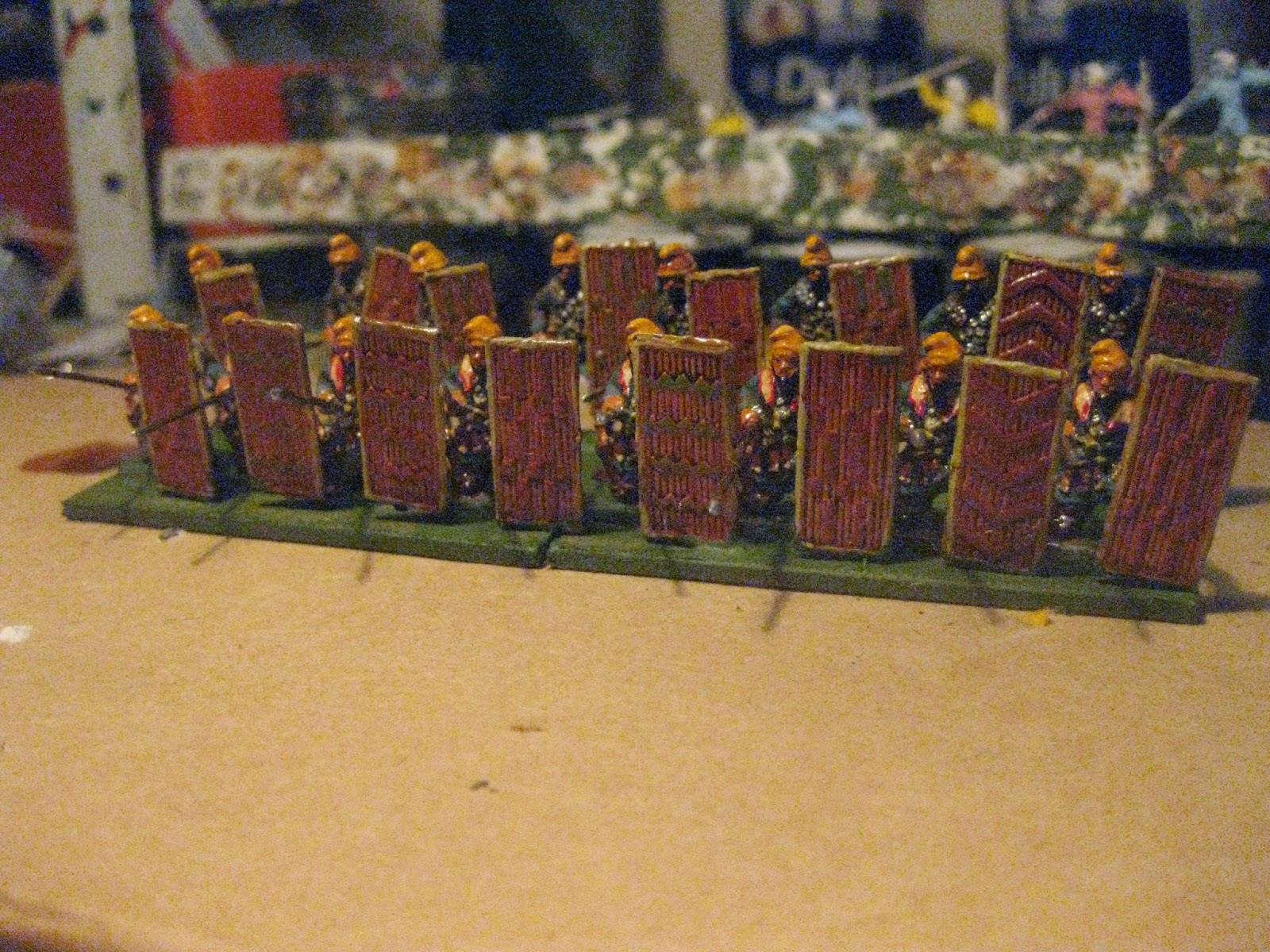 The figures are nicely sculpted, but the plastic doesn't take super glue as well as the Hat equivalent. They're also not as wargamer friendly. It is tough getting the standing spears men four to a standard 60mm base. Hopefully the other poses will be a bit better. The kneelers were okay. 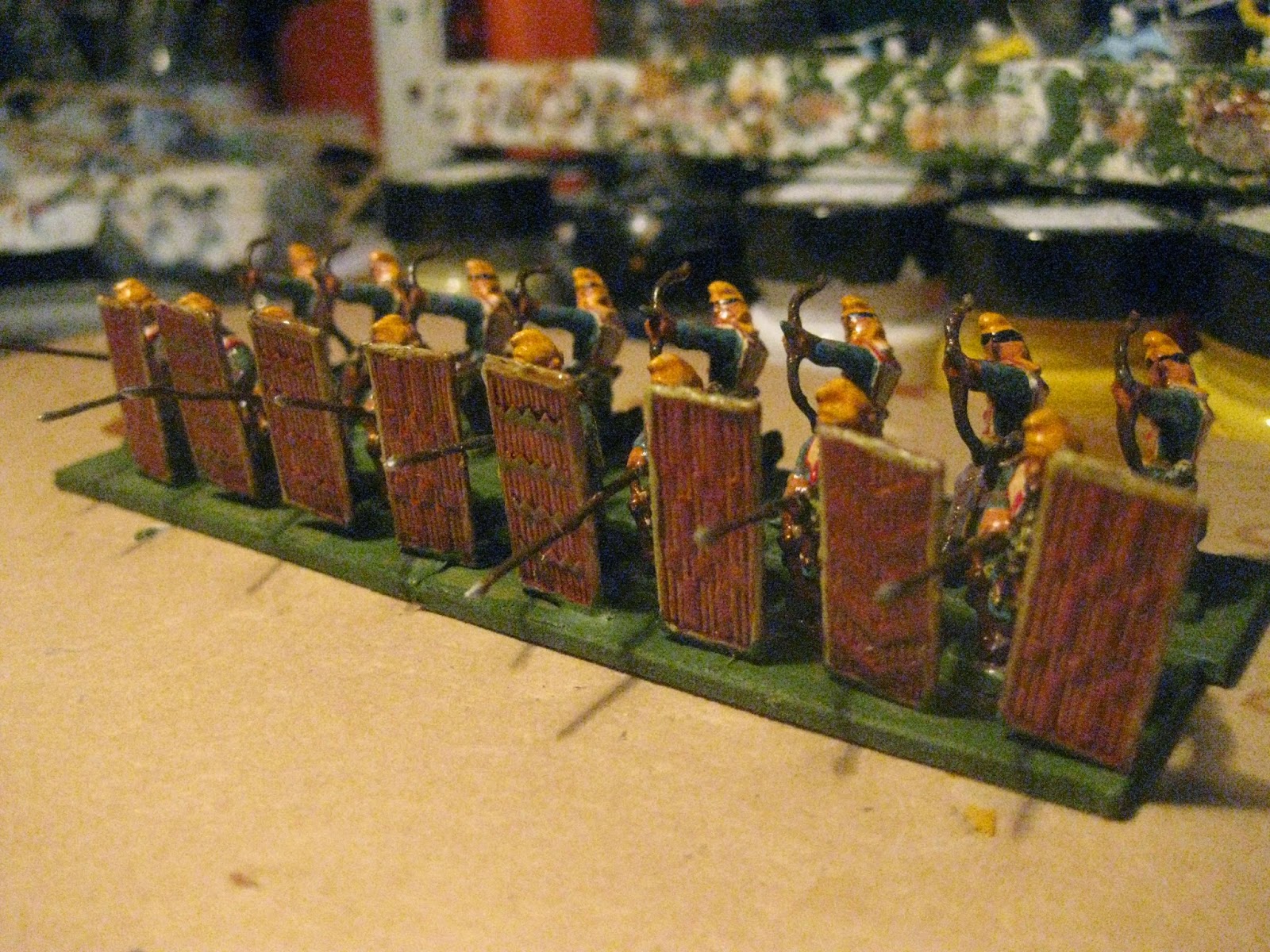 I like the mix of kneeling spears and bows, as in this picture. 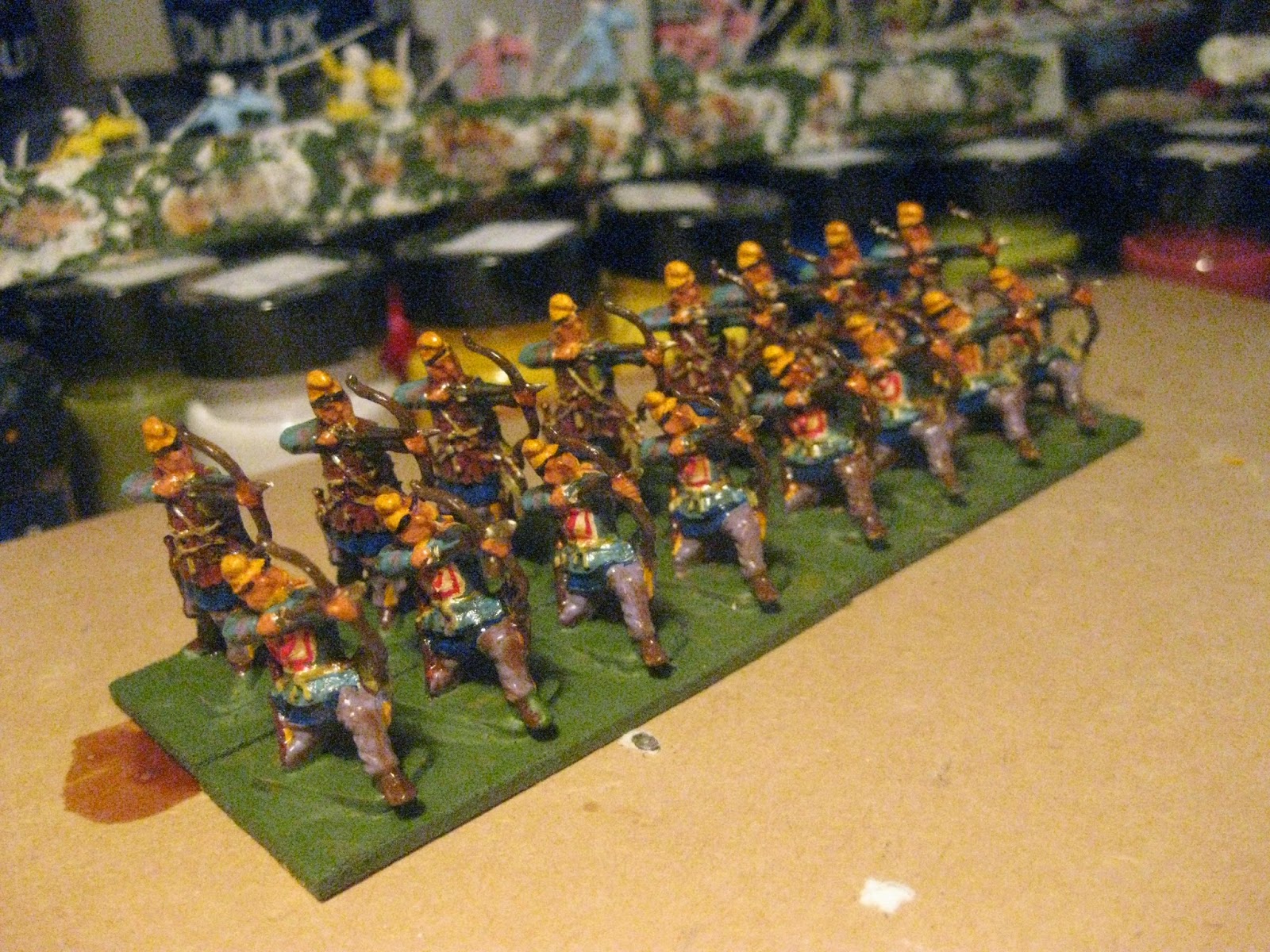 The archers look the business. 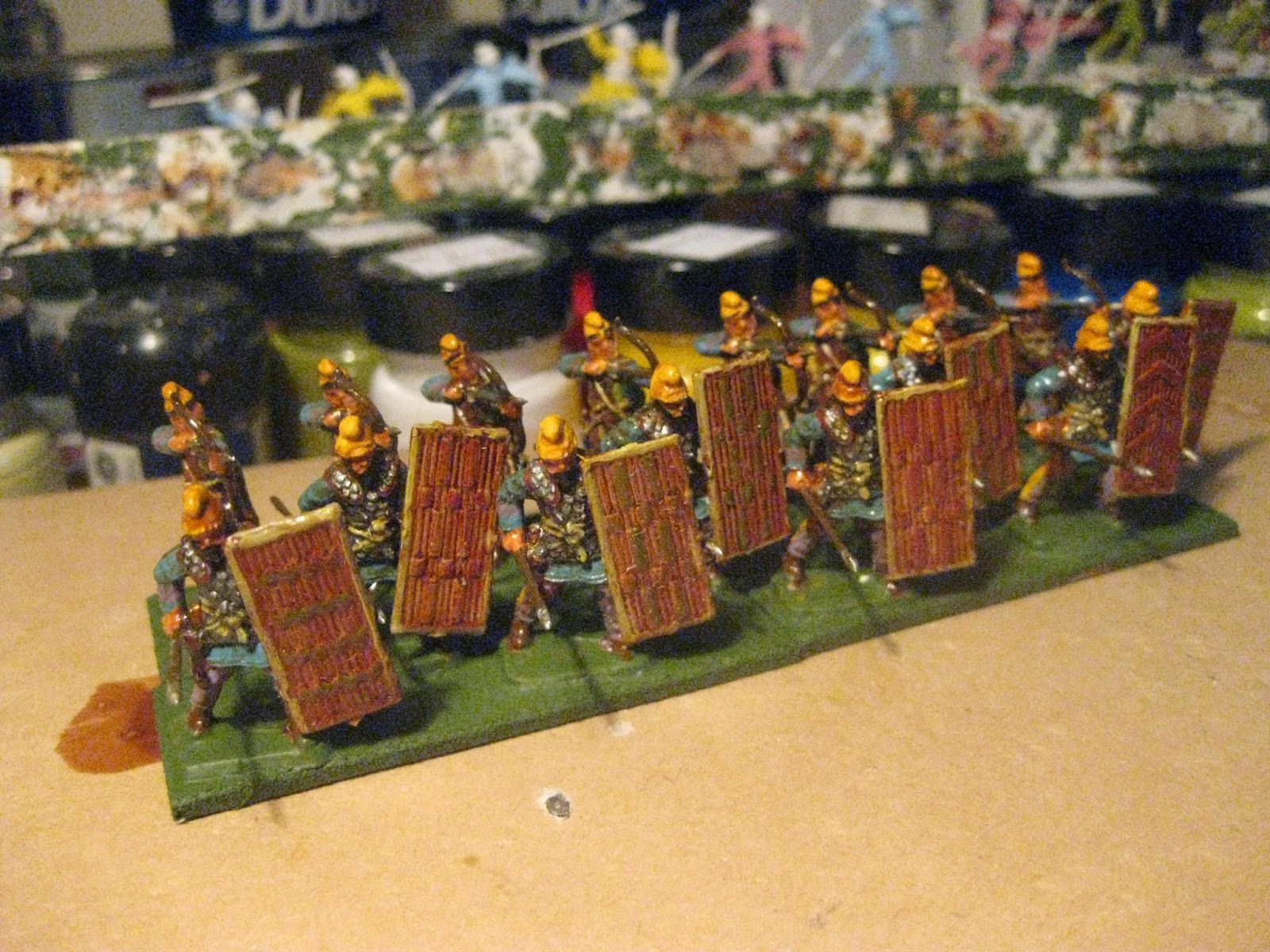 As you can see when you put the standing spears men in the front rank they look a little...higgledy-piggledy. Lesson there for the next batch.

Plus, easier to paint both figure and shield before you glue them together.