It's starting to become a regular Monday Night Group thing that we do a refight on Bank Holiday Mondays, using as many toys as possible on as big a table as possible. By which I mean I might have put on one or two such games. The other thing I do regularly is refight ancient battles using the troops and battle descriptions from Phil Sabin's "Lost Battles", but using Neil Thomas' AMW rules.

Looking at the different armies I've got it seemed to be about time to do a Romans v Greeks match up. I was thinking of doing Pyrrhus' invasion of Italy (hey, - didn't we all translate something about this in Latin at school? Okay, well I know I did, and I was at a comprehensive in the 1970s, so there's no excuse for the rest of you) but discovered that the first battle isn't in "Lost Battles". There's a force list in Strategos II, but in "Lost Battles" Sabin admits that we don't have enough evidence for Heraclea. All we have is Plutarch's short biography of Pyrrhus which has a very brief description of the battle, but in keeping with ancient texts has more about Pyrrhus' stratagem to stop himself being killed that the actual forces involved.

Still, the less evidence we have, the less chance I've got of getting it wrong. Or at least of anyone proving I've got it wrong.

Having finished mowing the lawn and doing the planters I was able to spend some of Sunday afternoon preparing Shedquarters for the event.

I'm putting Pyrrhus' camp on the table as a deployment point for his army. Partly because it'll make for a more interesting game, but mainly because I've had this for years and never used it: 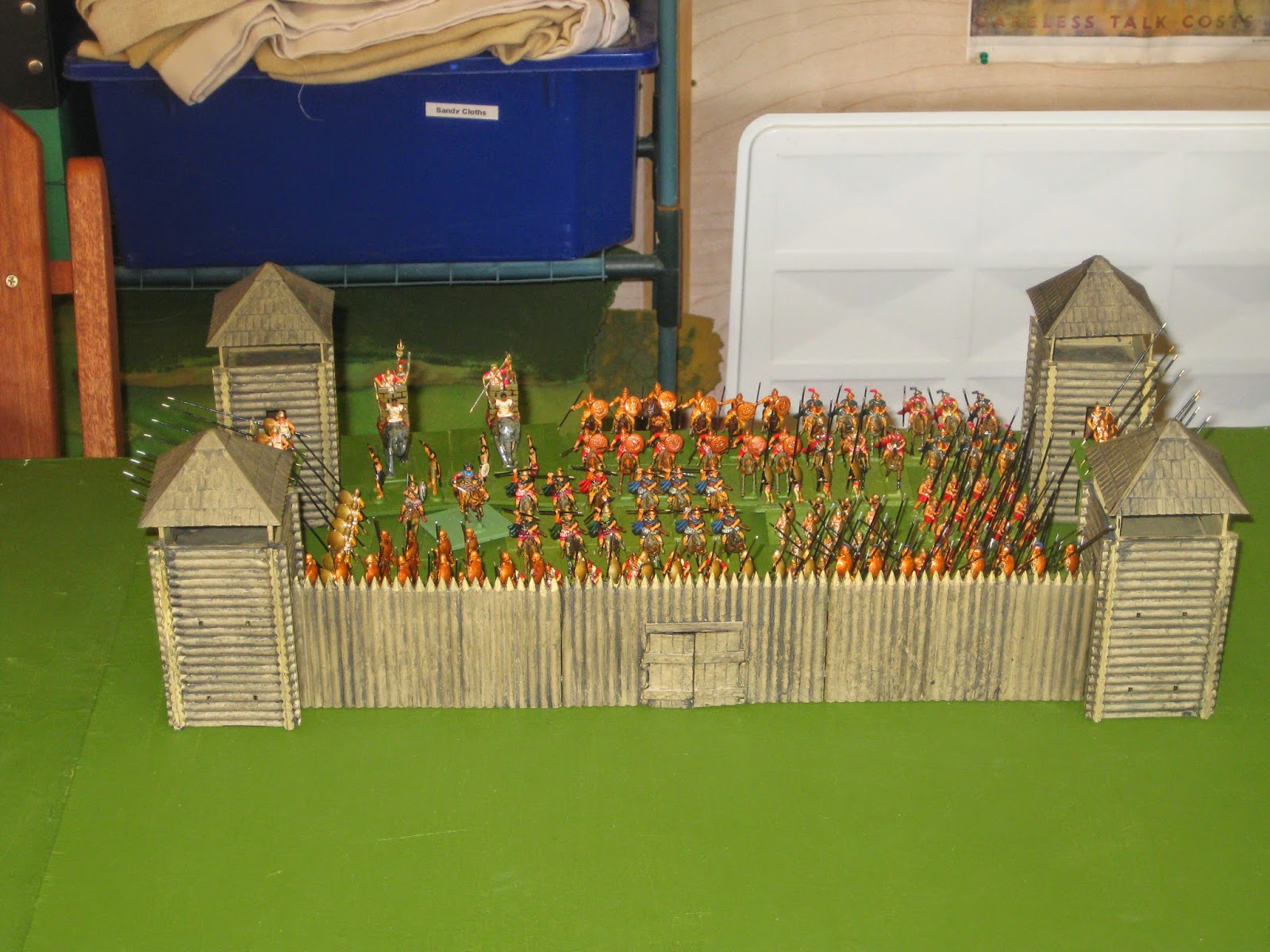 Okay, so strictly speaking it's a wooden Baltic fort, but it looks great, doesn't it?

The Romans will all deploy behind the river line, using the fords (signified by pebbles in the river) if infantry, or anywhere else if cavalry (one of the few details we have from Plutarch). 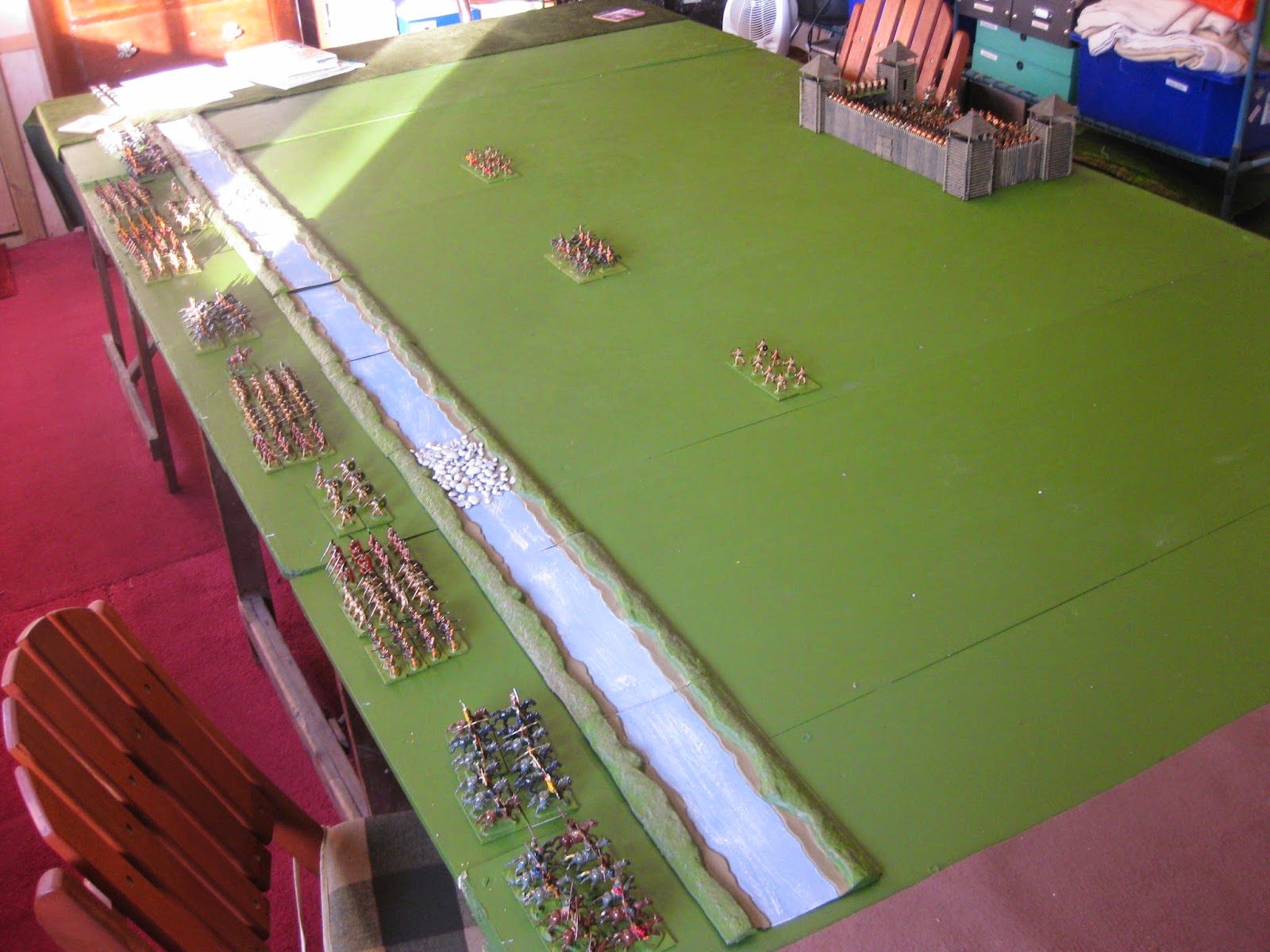 Those Greek troops out on point look a little exposed.

For this game I've got a few rule tweaks:

Elephants: Like Hydaspes I'm using the four base elephant set up, with two elephants and two light infantry. I've also put in a fear rule for Roman cavalry. This was their first encounter with elephants and it didn't go well, so they take a morale roll every turn they're within 24cm

March column: Infantry can start in march column and move 12cm and suffer no wheeling penalty. If attacked they roll 1d6 per two bases. Once deployed they can't change back. This rule is intended to help the Romans cross the river and also speed up the Greek deployment from the camp.

Generals: These get the now normal dice re-roll once per turn. Pyrrhus gets to pick which dice he re-rolls. Other commanders have to re-roll  all or nothing.