I know this weekend isn't a Bank Holiday. However Sunday is Wimbledon Men's Final Day, and normally I'm out of Mrs T's way at CoW. This year, however, CoW is a week later so instead I'm hiding out in Shedquarters and putting on another AMW mega refight.

This time we're doing Pyrrhus' second battle in Italy, Asculum 279BC, where the phrase "Pyrric Victory" was coined.

For Heraclea I was forced to fall back on using the troop numbers in "Strategos" as the battle isn't in "Lost Battles". Asculum is, but the news isn't good. It's there by default. Sabin thinks he needs a Pyrrhus battle in the book as he (Pyrrhus, not Sabin) was rated as second only to Alexander by Hannibal and there's more information on this one than Heraclea.

In fact looking at the sources we know very little of concrete use. Was it fought over one or two days? Were there woods and hills? Did the Romans use spiky wagons to fight the elephants? Some of the army numbers are clearly fiction, as are the casualty numbers.

In "Lost Battles" Sabin boils it down to force lists and an open battlefield. In "Strategos" he puts a bit of terrain in the corners, implying that Pyrrhus has just crossed the river. I like the look of that, so I've gone with it (see picture below). I've reduced the infantry units on both sides by 1, - mainly so the Romans divide by four as four legions were involved. I like Sabin's idea of ignoring the spiky wagons and using a unit of light infantry as anti-elephant specialists. The army lists come out like this:

Special Rules
Elephants represented by four bases as in Hydaspes & Heraclea refights. Plus, any Roman cavalry within 24cm must take a morale roll.

Both armies break when down to five units. "Heavy Infantry" march off rule does not apply. 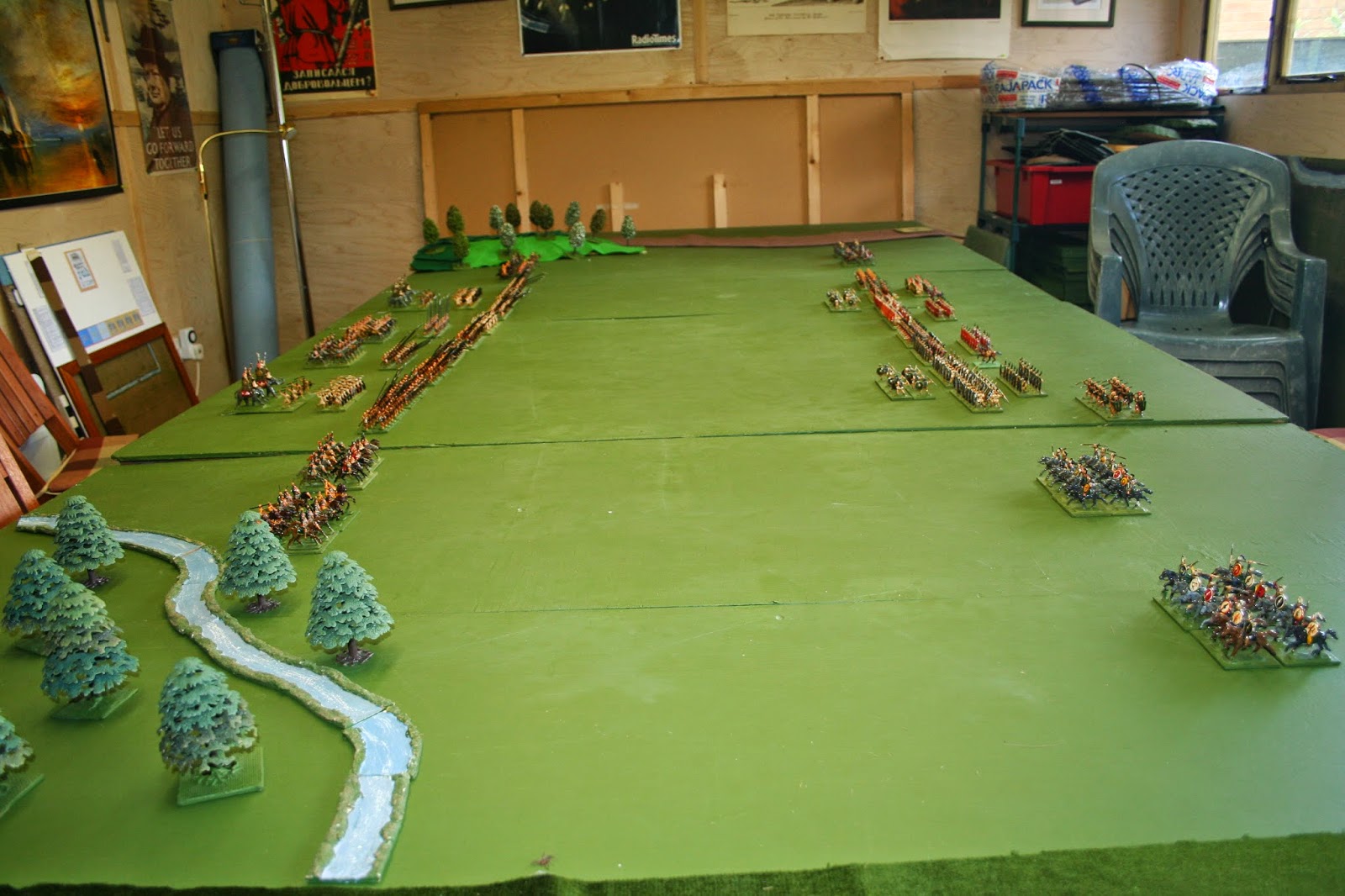 Pyrrhus to the left, Romans to the right.

So, that's us all set up for Sunday. Off to the Battle of Northampton event at Delapre Abbey tomorrow (Saturday 5th July). You should go too.
Posted by Trebian at 14:18