I'm making good progress with my Zvezda/Italeri Persian infantry, so I thought I'd post some update pictures.

The figures are a mix of early and late period. Some have big shields, some have linen armour. I'm not mixing the two types in a unit (well, except for officers/standard bearers probably) but as I'll end up using a lot of units I may have some anachronistic usage in my games.

The figures are all based on books such as the Osprey or WRG as far as I can tell from the equipment and poses. Some of the figures suffer from not having the weapons I want, so for this batch axes and curved swords have been removed and replaced with pin spears. 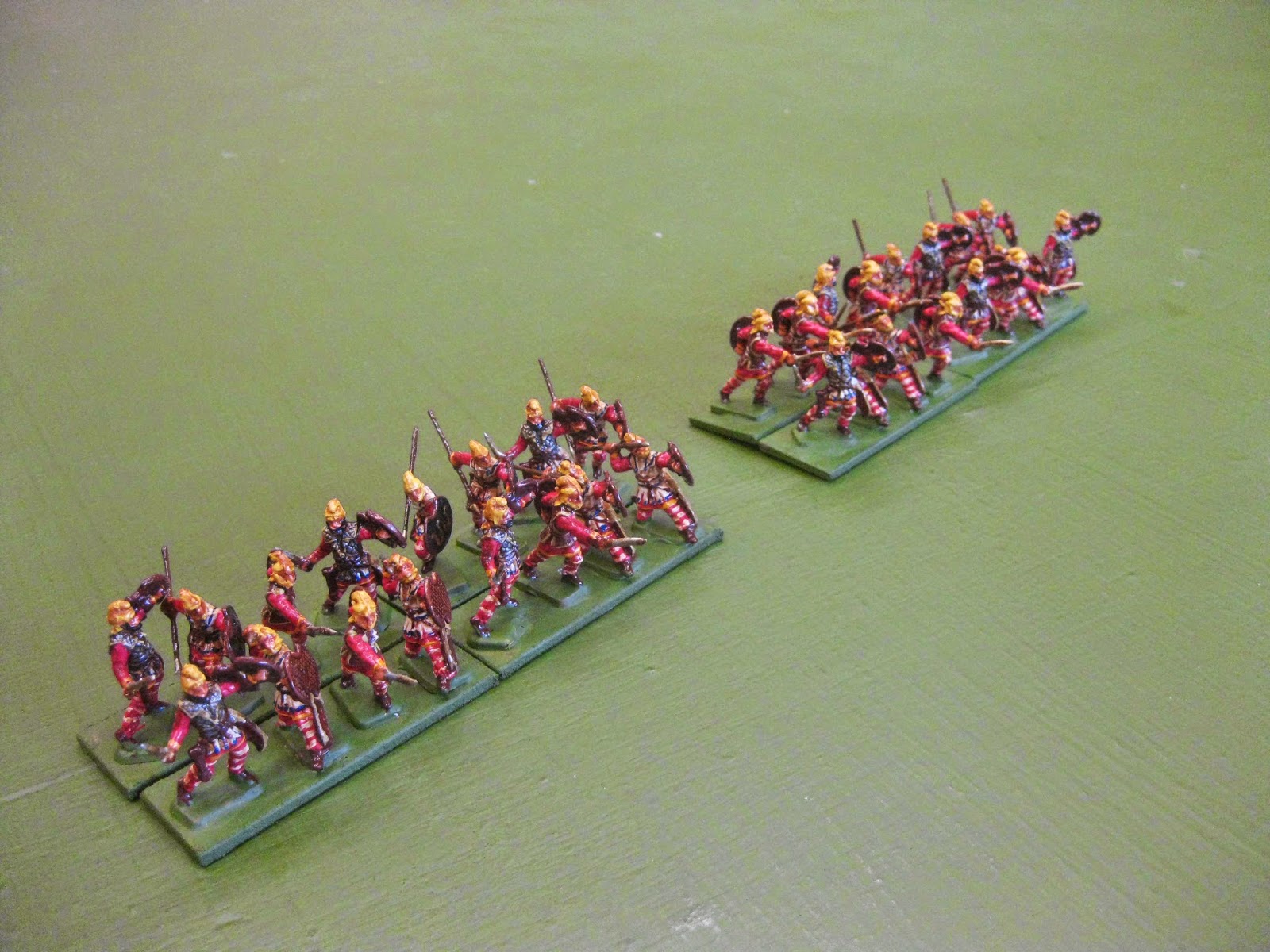 These are the most recently completed pair of units. They're all potential kardakes or earlier period generic Persian infantry with the cutout shield. The base colour for them is a light red/dark pink. It's actually a Dulux mix colour we tested for some decorating.

I then thought it would look nice to do a massed unit shot, using everything painted so far.

Well, they'll never be used on a wargames table like that, but as I paint units not figures it's fun to do from time to time.
Posted by Trebian at 11:49