Shipping in some new ideas

Phil has had these ideas for 1930s/early 40s naval warfare rumbling around in his head for a while. He took a simple try out to CoW as a "pop-up" game and we had a brief demo earlier in the summer in Shedquarters as well. He's making some more progress but wanted to have a proper workshop session on them so we had a look on Wednesday afternoon, with him, me & Chris A.

He's still got a few things to think about, - principally ranges and move distances. And he needs more ships, so a couple of my ACW Ironclads stop in as torpedo destroyers. However we still had a good session.

The core mechanism is that each ship has a deck of cards with its vital components on them, - eg "Big Guns", "Rudder", "Engine Room", "Main Magazine" and so on. The bigger the ship, the more cards you have, mostly. When you move you can play cards, such as "Engine Room" if you want to go faster/alter speed, "Rudder" if you want to turn and "Torpedoes" if you want to launch torpedoes. The ship playing most cards goes first. 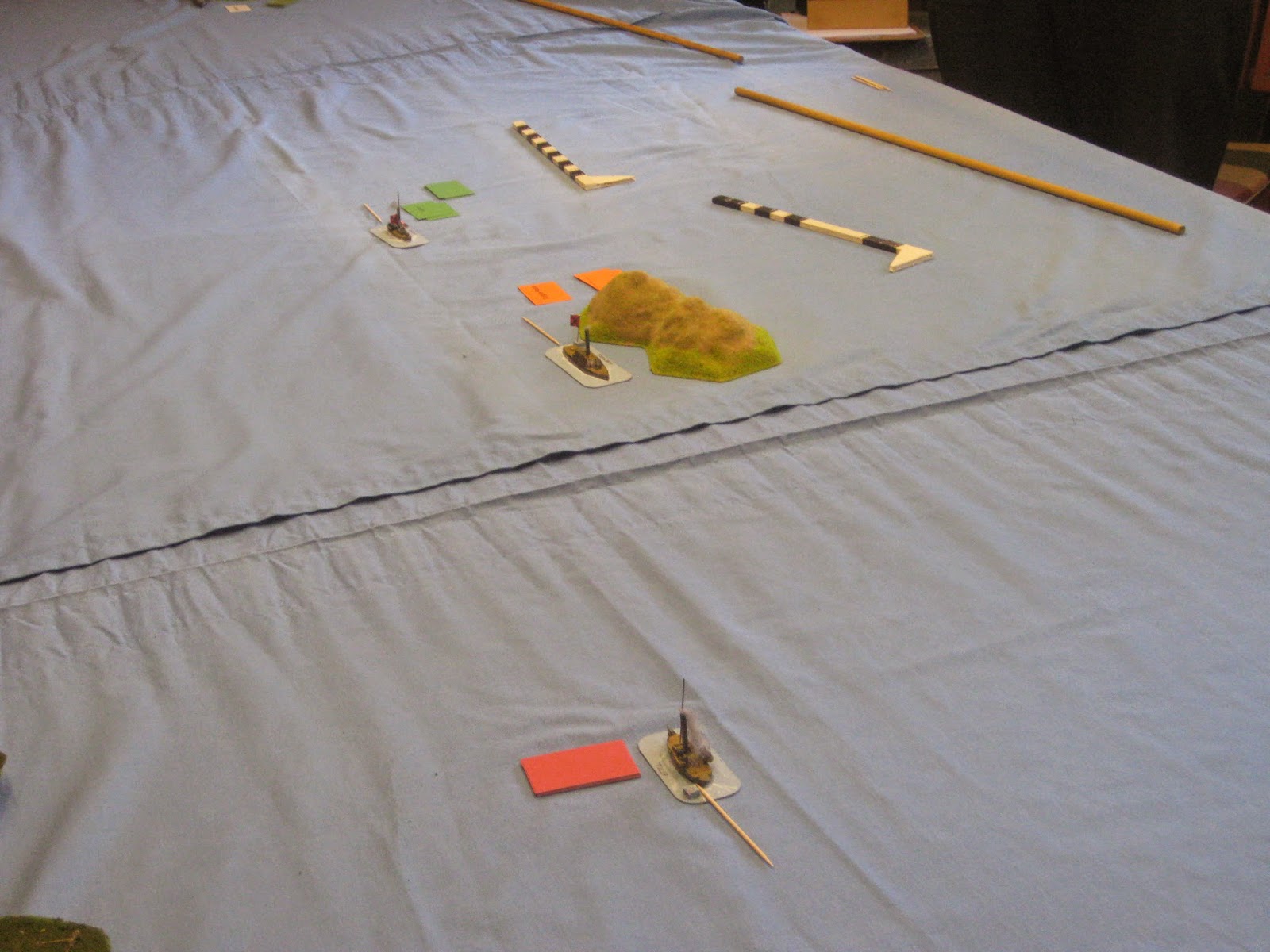 You can see the ships with the cards next to them in the above picture. The cocktail sticks represent the ship's wake, showing it is moving. 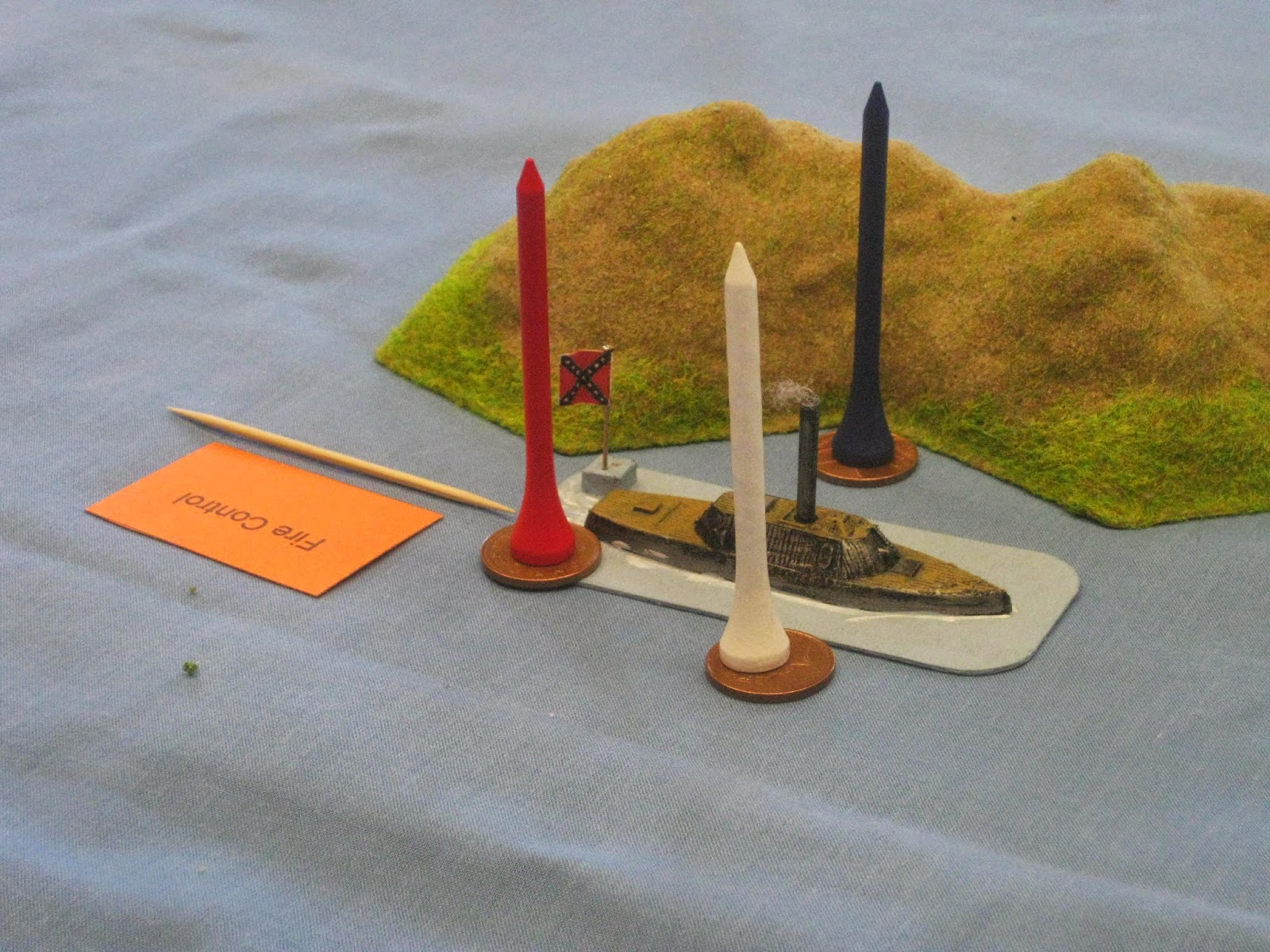 Firing is done by drawing golf tees from a bag, blind. The number you draw depends upon the cards you can play, - adding "Big Guns" gets an extra tee and some ships have two "Big Guns" cards. Using "Fire Control" also adds tees. Red tees are hits, blues are misses and whites may be hits depending on the type of ship involved. 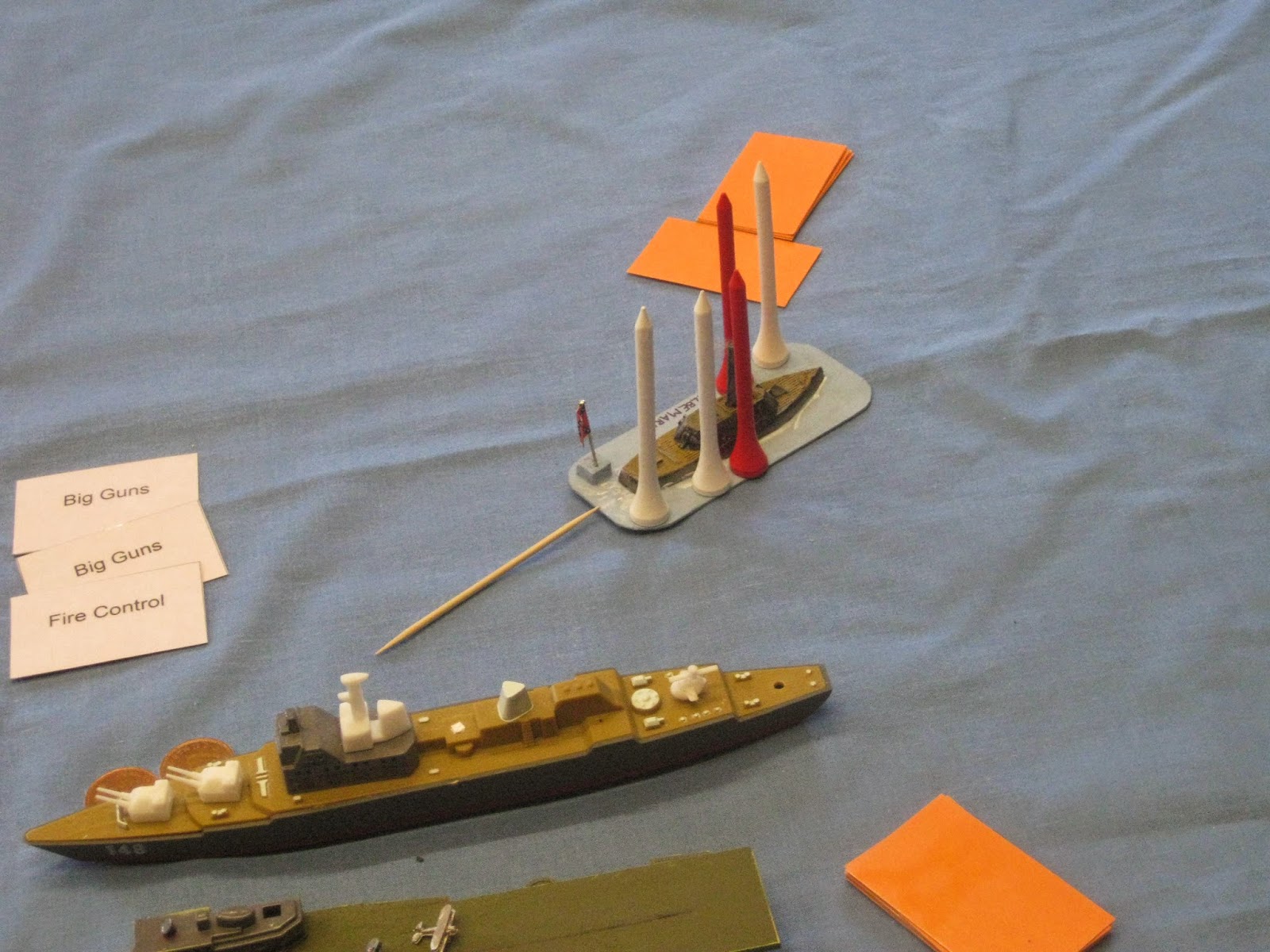 You can see in this picture that I've played both "Big Guns" and "Fire Control" plus I'm at close range so lots of golf tees round this destroyer.

The number of hits is the number of cards your opponent takes from your full hand, (face down, so he doesn't know what he's done). You can then swap some of these out (eg for your "Damage Control" card or "Drill") and then you can try to fix them. Your chances of fixing depend on having your "Damage Control" team active. Those cards are then not available until next turn when you get a chance to fix them again.

If you get the wrong combination of cards and can't swap or fix it can be quite serious, especially if one of the hits is on the "Main Magazine"..... 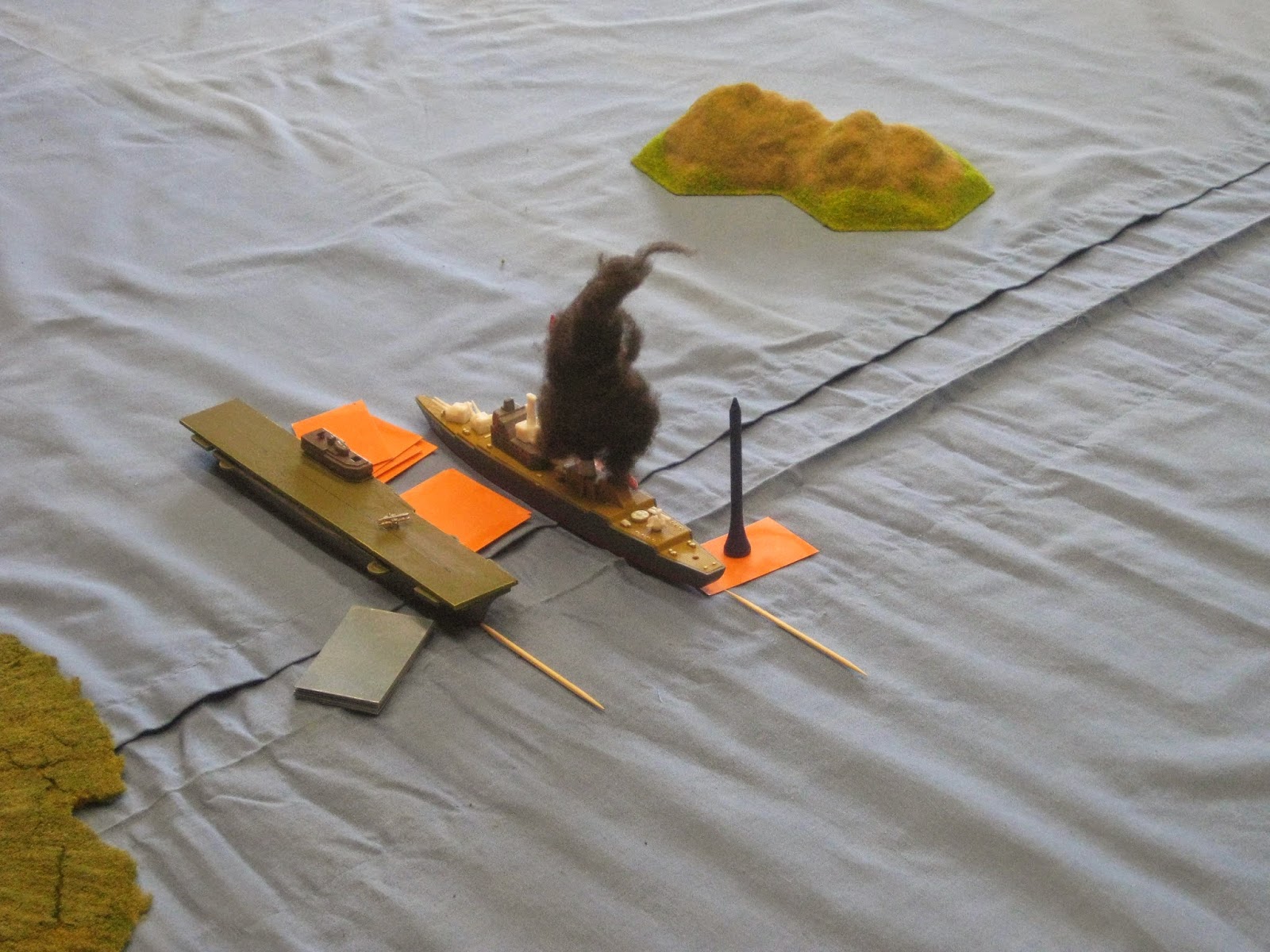 There's more to it than that (it has a neat air wing system for aircraft carriers as well), but what Phil has done is produce a system where hits mean real things and ships are affected in proper ways. I've never really liked the crossing off of "hull points" or whatever as it doesn't strike me as what happens in naval conflict. What happens is the ship's systems degrade until it no longer can fight. Or it just blows up. Like me.


I hope Phil is able to finish the design and publish it some how. It's a unique take on the subject to my eyes, and what's more could be applied to other forms of conflict using crewed vessels.