The situation was too poised to just leave it, so I ran another turn this morning, just before I tidied away. The Brits pretty much over ran the rest of the front line. They captured one HQ and loads of field guns. The tanks were starting to breakdown in numbers but their job was mostly done as the attackers dug in on the objectives. 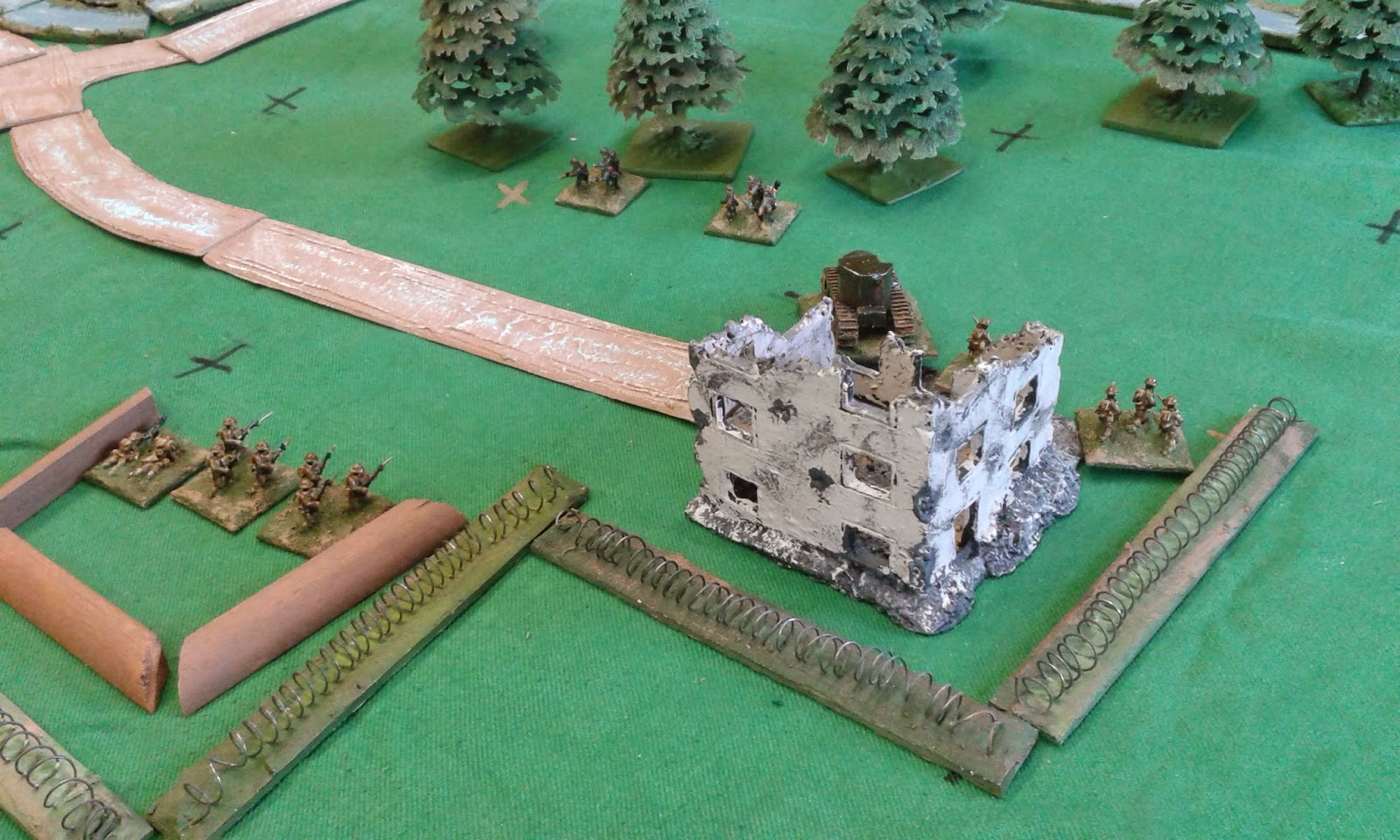 This is the right end of the Corp's attack area. Both the German positions have been overrun. The Whippet unit has moved in to support the brigade on the position, but I'm not sure what tanks do in defence. (If either of the Drury brothers read these blog, perhaps they could tell me. I know Richard B is a technophobe, so I don't expect a response from him). 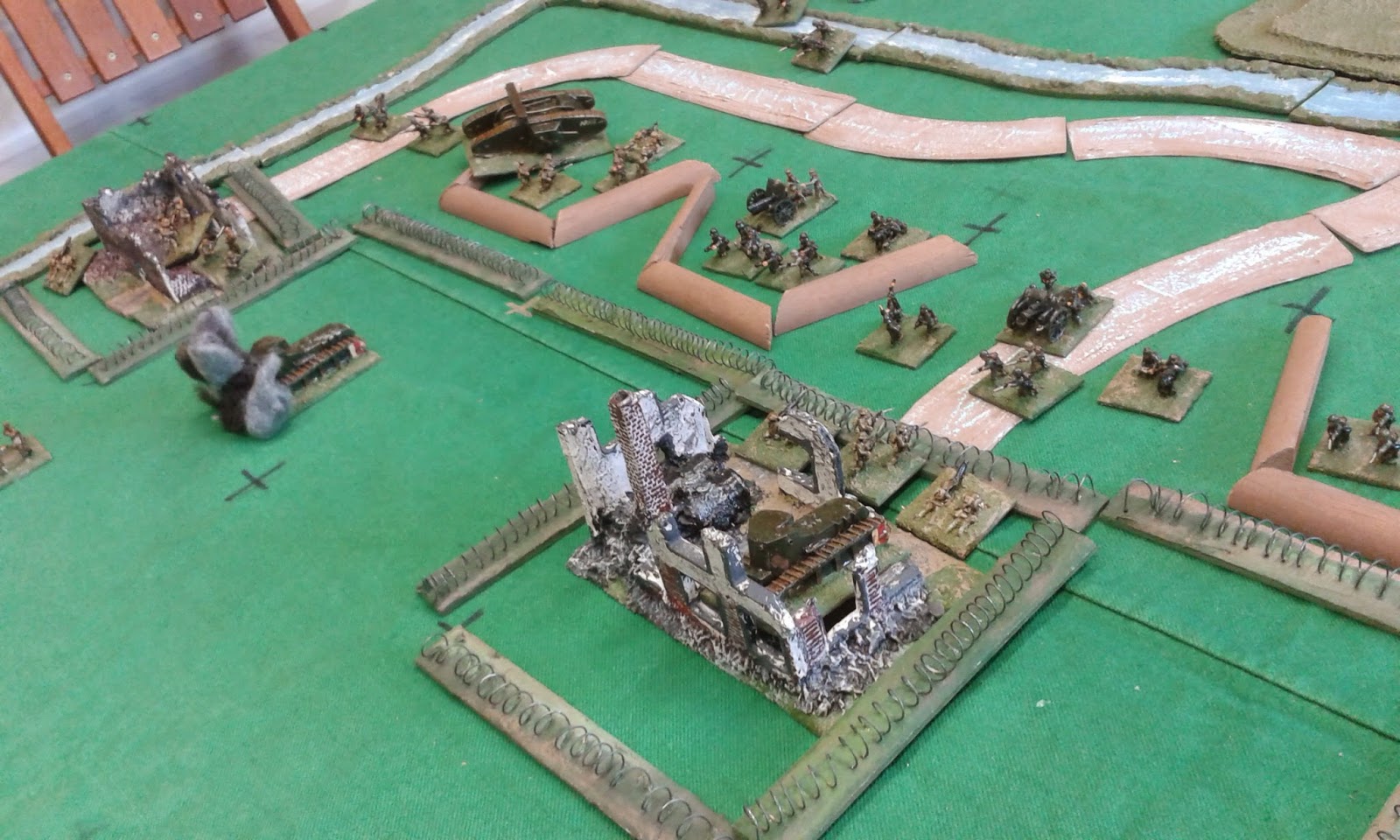 On the left flank the German right has completely caved in, and the Divisional HQ has been overrun, as has a lot of artillery. The centre has also been occupied, but the attacking brigade is down to half strength. It's got tanks with it tho'.

To get a proper result we would need to play through the counter attack, but I reckon the Brits are in pretty good shape as the Germans can't pull up significant artillery and, crucially, they have no tanks. These are essential if you're going to attach frontally (as they'll have to) when your opponent is dug in with MGs.

(BTW these pictures were taken with my new smart phone, a Samsung Galaxy SIII mini. I tried to do the full post using the Blogger app, but couldn't work out how to insert pictures on the phone.)