Return to the Taiping

So, a year or so back I wrote a set of rules to fight battles in 1860's China, - the Era of the Taiping Rebellion. The rules worked fine, it was just I didn't have any Taiping figures.

Earlier this year Ian Kay of Irregular Miniatures released a small but perfectly adequate range of Taiping Rebels and their Maio allies. Despite having fore-sworn metal miniatures these couldn't be passed up.

I spoke to Ian about doing these a year or so back, together with French troops for the 1860 invasion of China. He already does suitable British and Imperial Chinese (although he could do with a Mongol cavalry man). I'd like to think he listened, although he only acknowledged the influence of "OB", well known from TMP when I asked him.

Thanks OB! His painted figures are over on the Irregular website, and mighty fine they look too. I picked up a load of the unpainted ones from Ian at Derby (thanks to my big brother, - a belated birthday present).

Here are some pictures of my first attempt at an infantry unit. 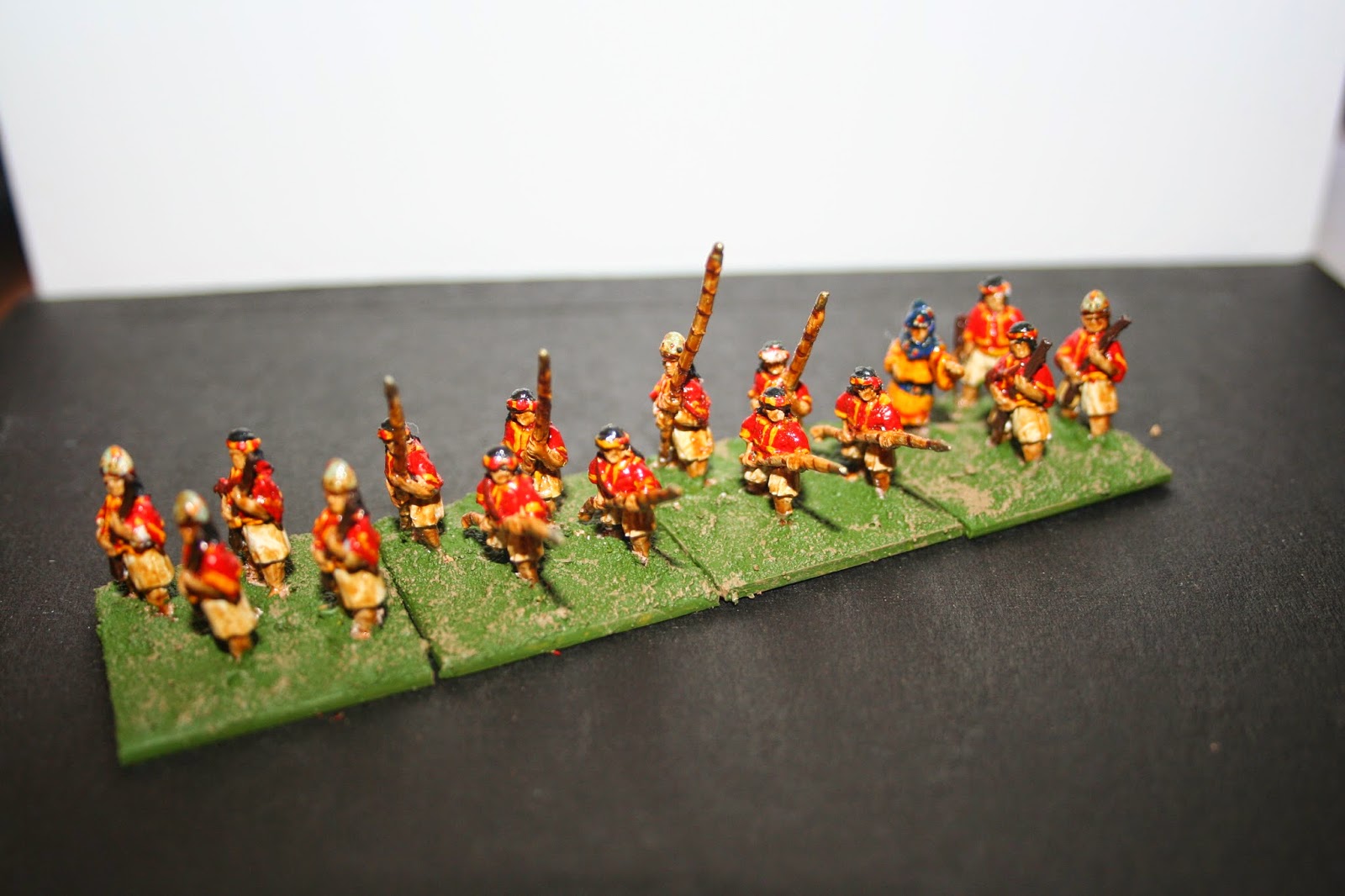 My basic Chinese units have two pike/spear and two firearms bases. I'll do the units in pairs, so I can have all spear and all firearm units if I want. 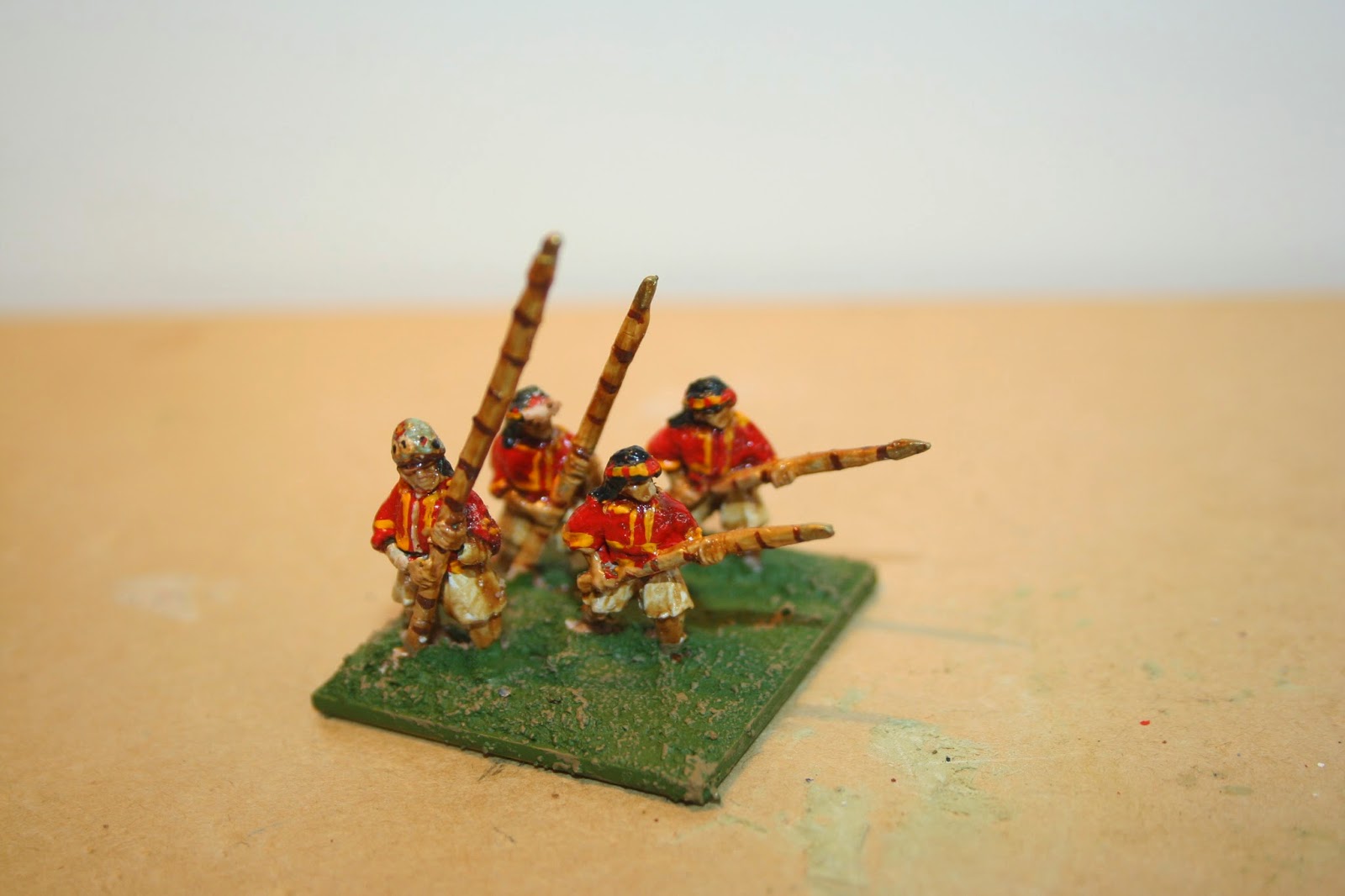 The nearest spear man is actually a standard bearer. Taiping flags will follow as soon as I've done the research and drawn the pictures. 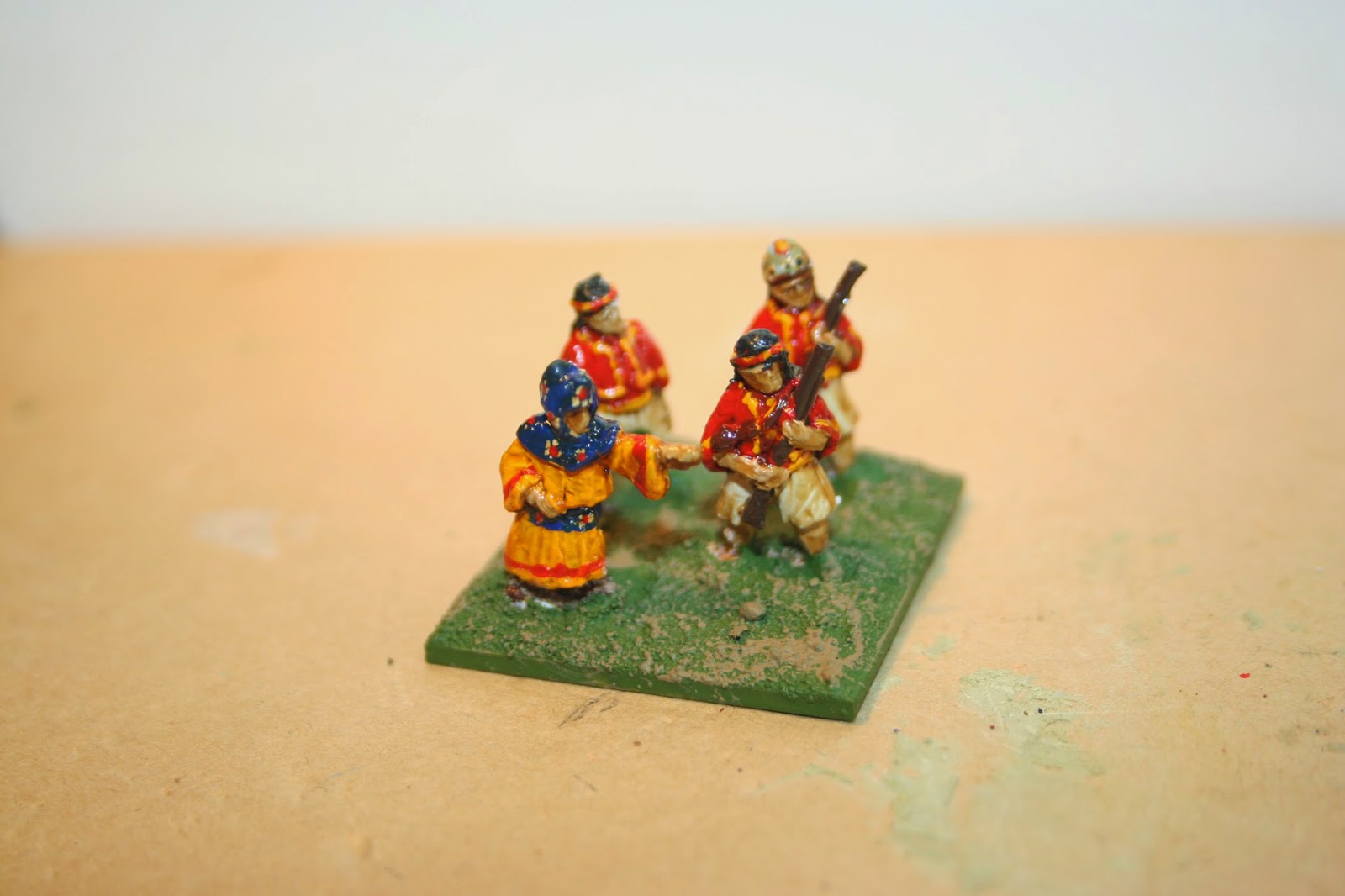 A group of shot with a foot officer. The officer is supposed to have a flower decorated silk cowl. One of the musketeers has a "victory helmet". I'm not too sure on the colours for this, but it matches the written descriptions. 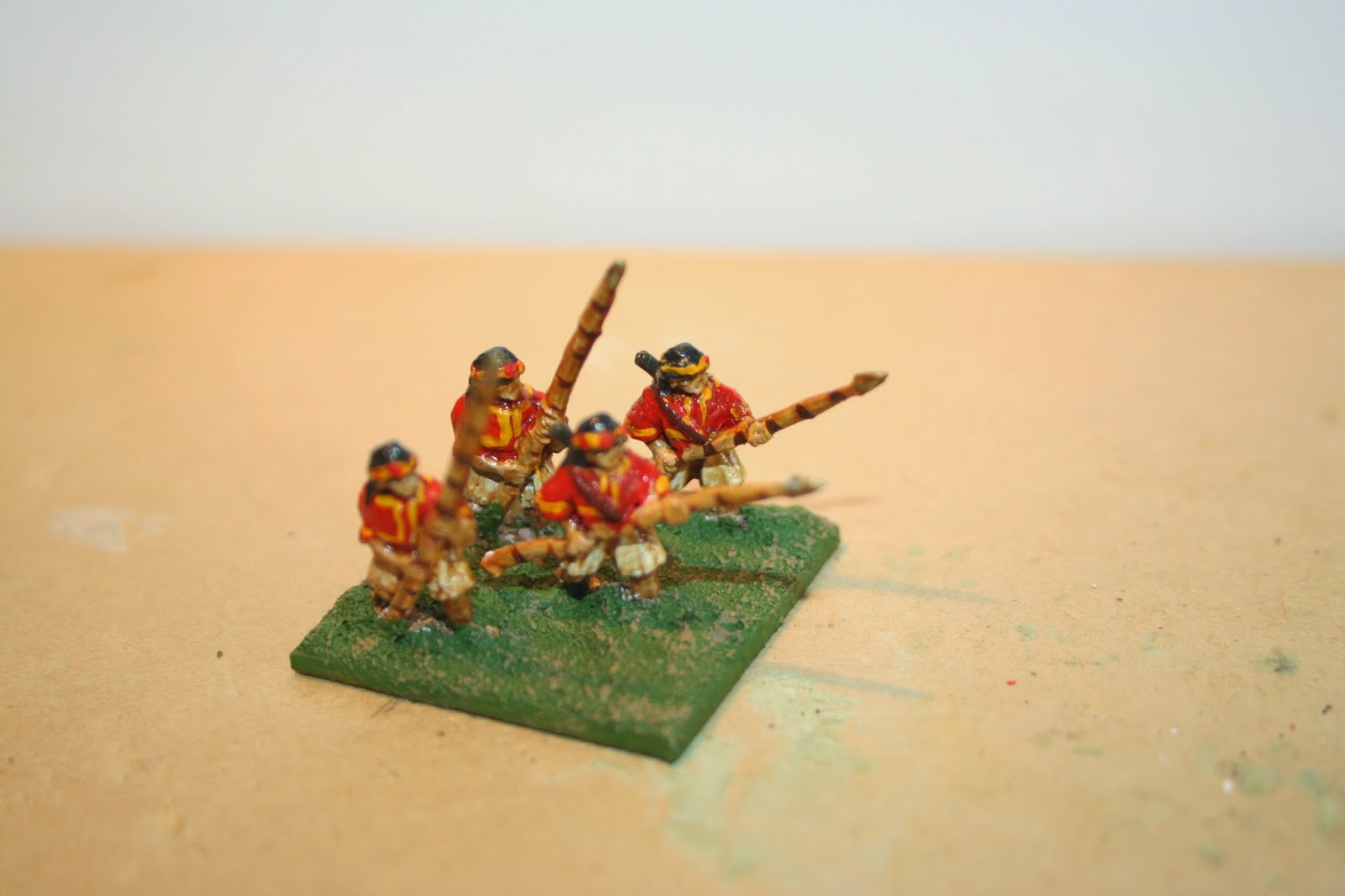 Another block of spears. I think the bamboo spears have come up quite nicely.

The figures are very pleasing, - the details pretty clear and I like the poses and animation in them. They suffer from some of the usual Irregular problems, - weak ankles, for example and the occasional loss of definition, but they're still good to paint and I think they look the part. They're not overly big and muscular, and do look distinctly oriental. Definite thumbs up to Ian at Irregular for taking on a rare period and providing some good figures for it.

Next up some cavalry.

BTW - I've also posted a link to my "Taiping Era" rules up top right. They cover both Taipings v Imps, Imps v Europeans and European trained troops v Taipings .Let me know if the download doesn't work, - my document storage system has changed since I last posted a link to it.
Posted by Trebian at 17:26