Well I finished the first cavalry figures.  I'm mostly pleased with them. All these pictures were taken on my smartphone so apologies for any quality issues. 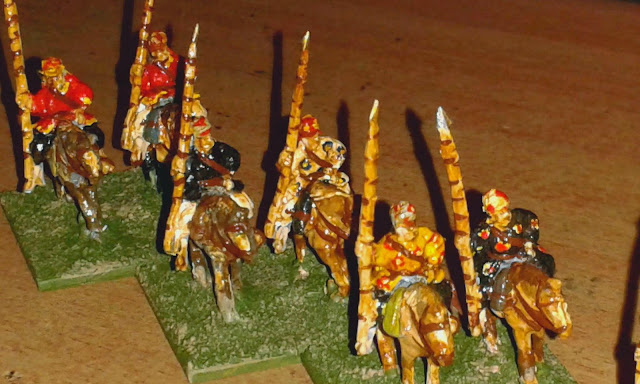 The cavalry are based two to a base on the same size bases as the infantry. That gives a ratio of 2:1 horses to infantry, which feels about right. 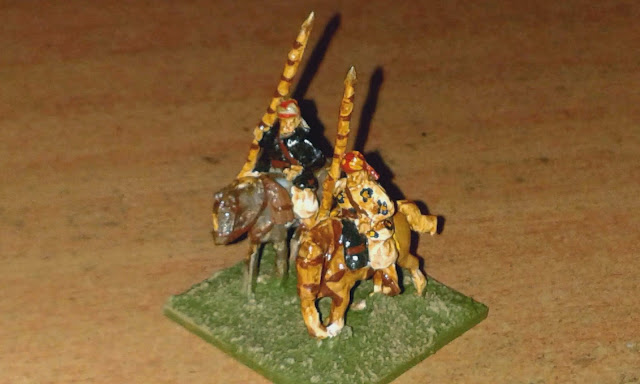 Unlike the infantry these are painted with a bit more variety, - less regimented more brigandish, I would say. Some of the figures are dressed in spiffy looking silks, produced by dotting the base colour then adding a centre to make it look like flowers. 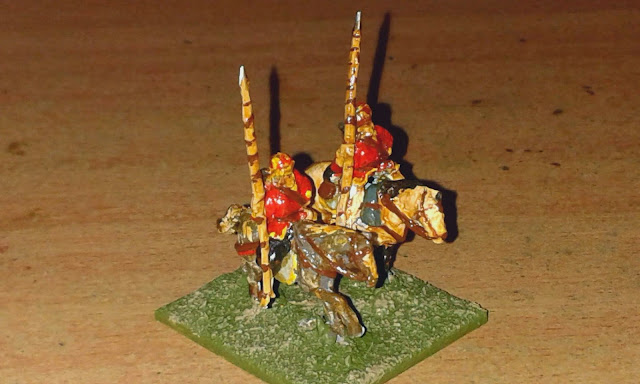 I did a couple of the figures in red uniform jackets, however. 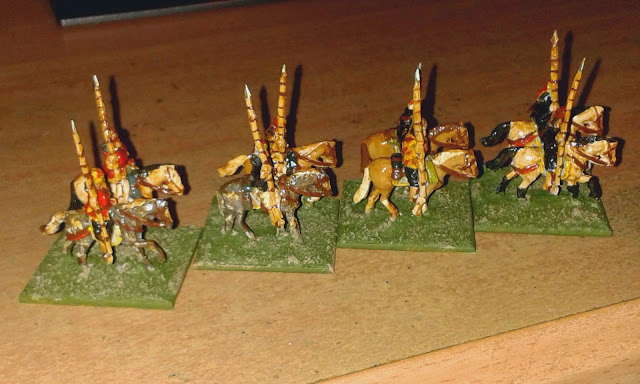 I did the horses as a mix of colours. I'm using Colour Party Horse Sheens. 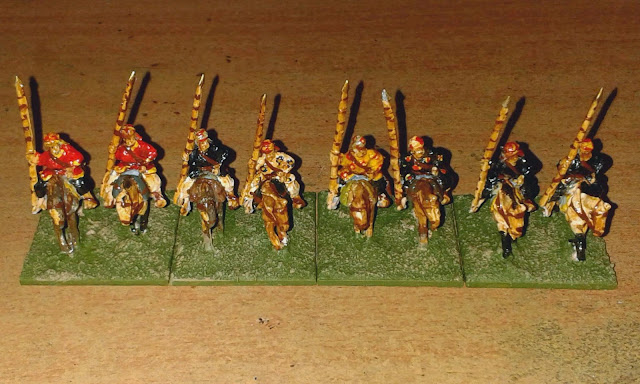 The right hand end figures are all in black, which was apparently a custom amongst veteran Taiping fighters.

The figures are good, with paintable detail but not too much. The horses stand up well and are quite firm on their bases, - no spindly legs, which can be an occasional Irregular problem. Very pleased with them.

Now back to the desk to finish off some more Assyrians. I've got a couple of chariots, a dozen cavalry and five or six infantry units to do then I'm done. Tempting as it is to dive into more of the Taipings I know that if I don't finish the Assyrians now they'll never get done.