BA-10s in the Spanish Civil War

Memory is a funny thing. One of the striking events of the Spanish Civil War that stuck in my memory was when the Republicans engaged a large group of Panzers with the BA-10 armoured car. The BA-10 had a 45mm cannon, and the Panzer 1s only HMGs. The German tanks were equipped with armoured piercing bullets effective at up to 200 metres. The Republicans stood off at longer range and drove the Panzers off, destroying large numbers.

Since reading about this action it was obvious I had to add some BA-10s to my force mix. Consequently I was delighted to pick up a pair of the Zvezda models at Derby from the Plastic Soldier Company at a very reasonable price. I already have some Zvezda BT-5s, and I must say I'm a fan of the company, the way their kits are produced, the quality and the pricing.

The kits are supposedly push together, but I can tell you these armoured cars are a real pig to build. They are tremendously fiddly, with a multi-part suspension structure, and two of the smallest little headlight pieces you can imagine. One of these shot off down the back of the desk during construction, and I couldn't find it anywhere. In the end I replaced all of the headlights with some sprue as that'll be more robust. One of the turrets also got stuck on its spigot during assembly and wouldn't go on properly or come off. A bit of knife work was required to get that sorted.

Still, they came out okay in the end, by my standards. 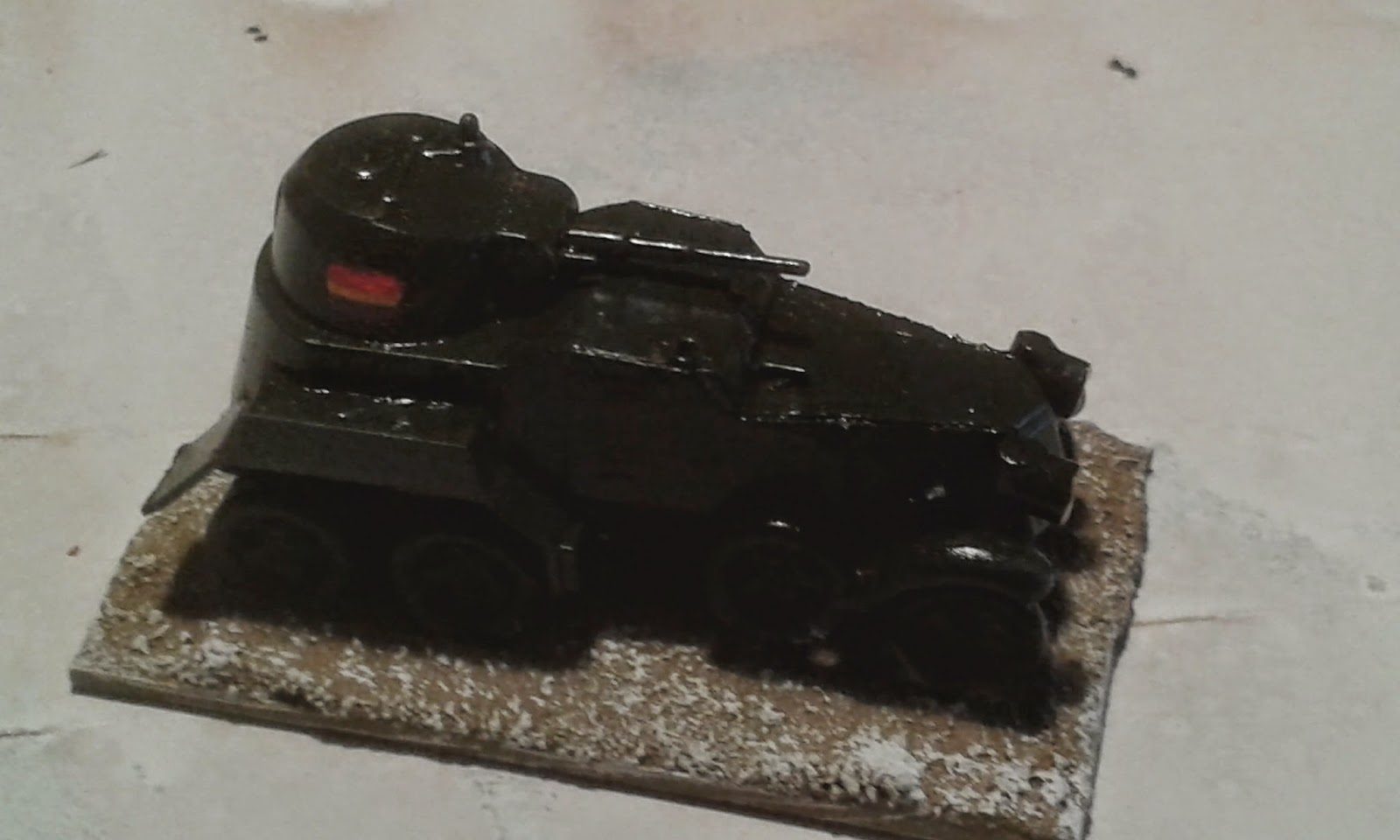 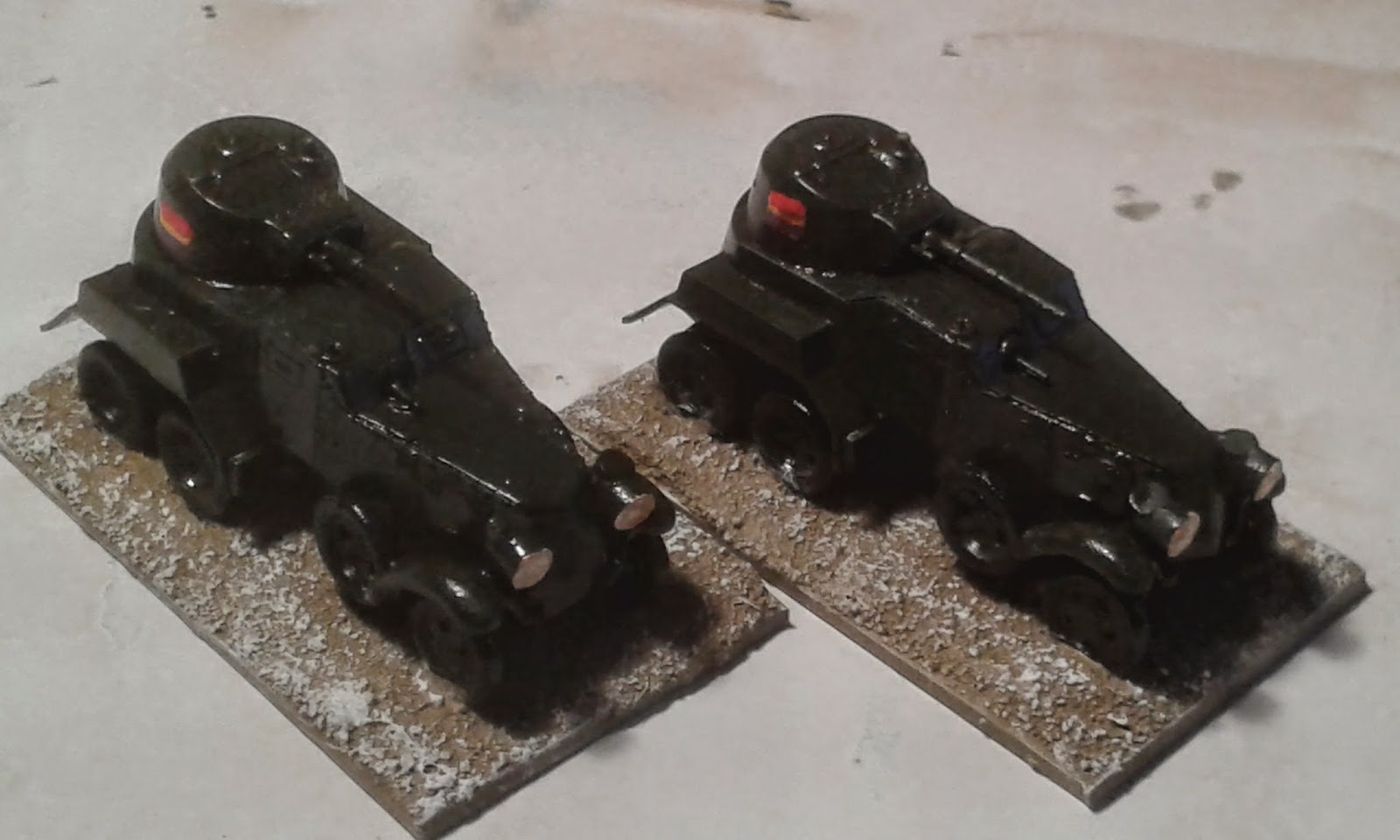 Now here's the funny thing. When I went to get the books out to check up on the paint scheme and markings I discovered that I was wrong. The BA-10 wasn't used in Spain. It was produced in 1938, and would have been too late to ship. The Republicans had access to the BA-3 and BA-6. Both of these had very similar body shapes, but mounted different looking turrets. The BA-6, in particular, mounted a T-26 turret. That looks really different.

Dammit. And I was so sure as well. Still, they'll pass for BA-3s if no one knows what they're looking at.