So after a few days re-reading the sources (such as they are) and pushing some plastic about I've come up with this: 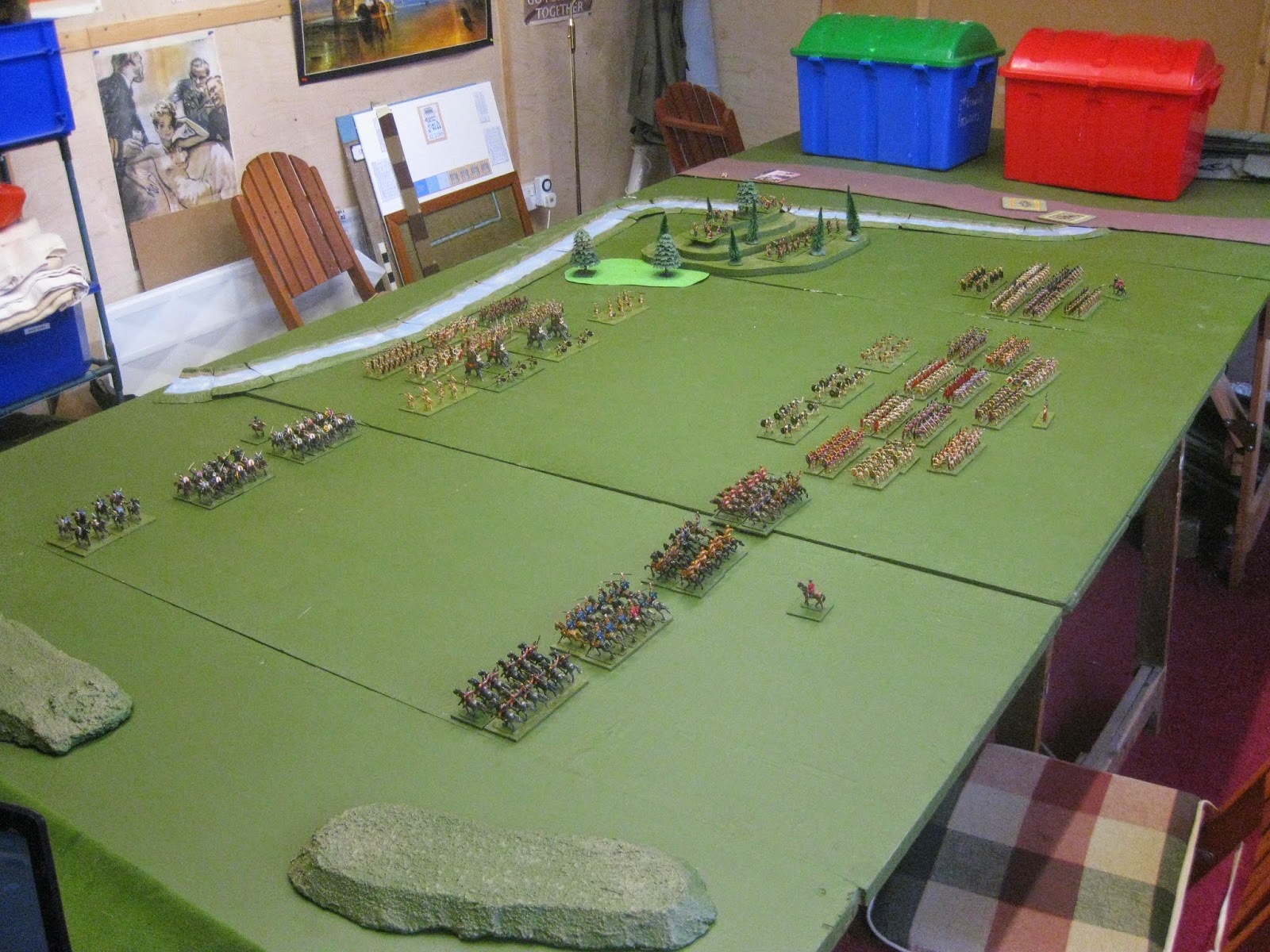 The terrain gave me a short pause for thought. Livy says Hasdrubal was trying to build a camp overlooking the river. That could imply a river in front of him, facing the Roman advance. However as there's nothing said about the Romans crossing a river, I put it behind the Carthaginian line. I didn't run it all the way along to give more space for the cavalry action (BTW That's my Bellona River, most of which I've had for over 40 years)

Furthest from the camera is the position defended by the Gauls. This is described as a wooded ridge or similar, in front of their position. I went for a hill with woods on it, and put the Gauls in it as that'll even things up against the legionnaries facing them. I put some random hills near the camera just to break the table up a bit more.

The numbers of troops have bothered me the most, so in the end I divided the table into three and looked at the various match ups to get a bit of balance.

The Carthaginians are drawn up fairly deep as that's what Livy says. I've made them Veteran to give them a bit more staying power against the masses of Roman foot

We'll be using my revised elephant rules, but with a berserk move with every base that is killed and the standard commander dice re-roll once per turn.

So, that's what I think. I have a special rule for Nero in my head as well, but I'm not putting it on this blog as some of the players read it.

Just have to wait until Wednesday now.
Posted by Trebian at 11:23