Some sons of the desert

You may recall a while back - August, I think it was -  that a blog reader got in touch and offered me some boxes of figures he had no use for.

The figures concerned were one box each from the Hat "El Cid" range. It had been my intention to buy these eventually and build a Murabit/Almoravid army following a holiday in Morocco several years ago. This gift shifted the project up the priority list a bit.

Since then I've been trying to finish off some previous projects. These were the Neo-Assyrians and Medes and the Taiping Chinese, the latter for which I've been waiting for a few years.

Any how, the Neo-Assyrians/Medes are now nearly done. there's possibly half a dozen units left, max, and I don't actually need them really. It's just I don't like leaving unpainted figures about as I know once I move on it's unlikely I'll go back to them. I'm also in the position of probably starting work again soon. This is going to cut seriously into my painting time, so prioritising things is really important just now.

Over the last few months I've been able to assemble some proper research materials for the "El Cid" armies, - Spanish, Murabit & Andalusian - so I'm in a position to paint a test unit. So I have.

Every one does a unit of the Black Guards, & I'm no exception, so here are mine: 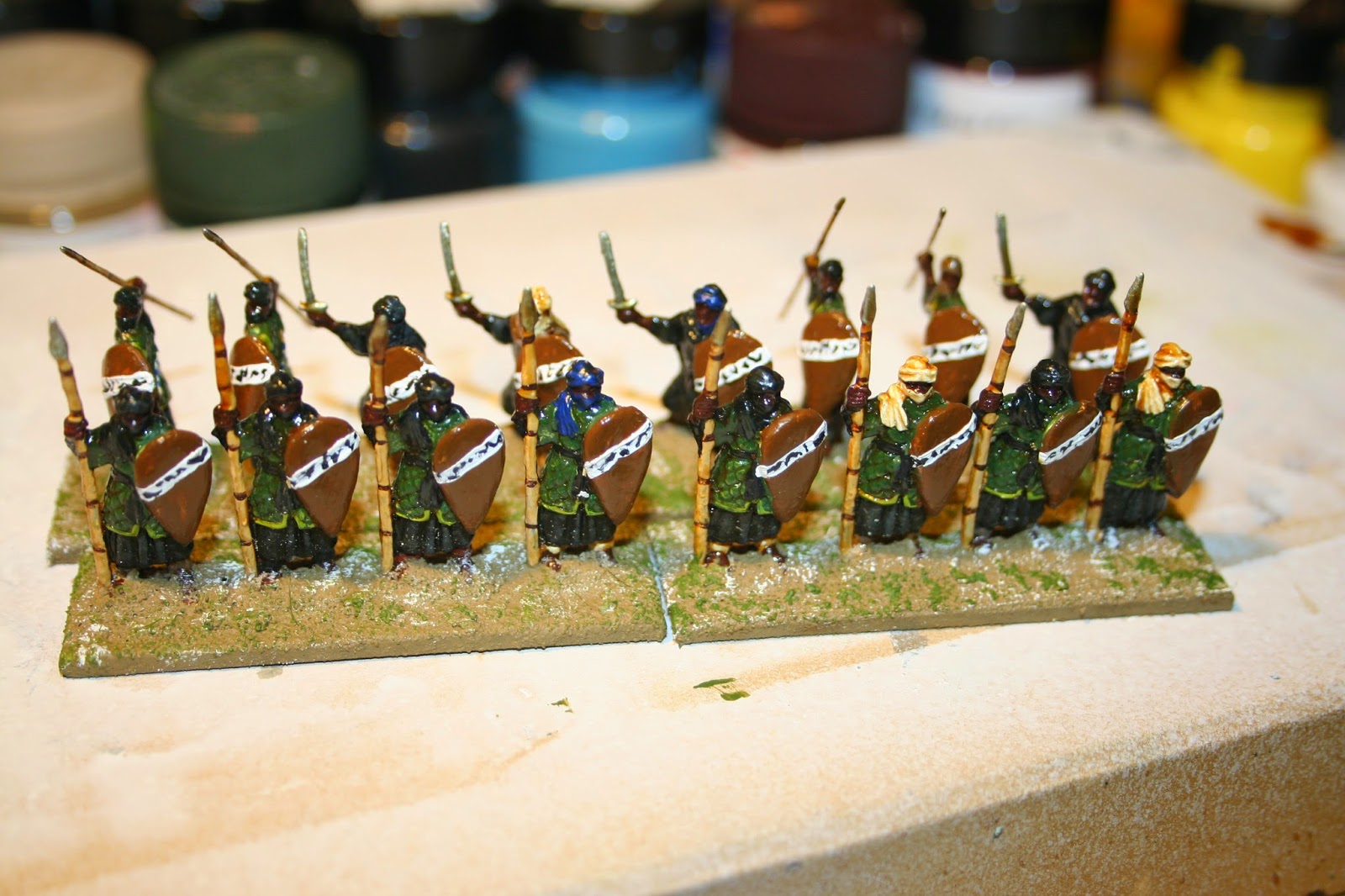 Here's all my brave fellows all together. The shields historically had lines from the Koran on them. I tried to paint arabic characters and failed dismally, but they look okay from a distance, and I'm also spared from being the subject of a fatwa for despoiling the Holy Koran. 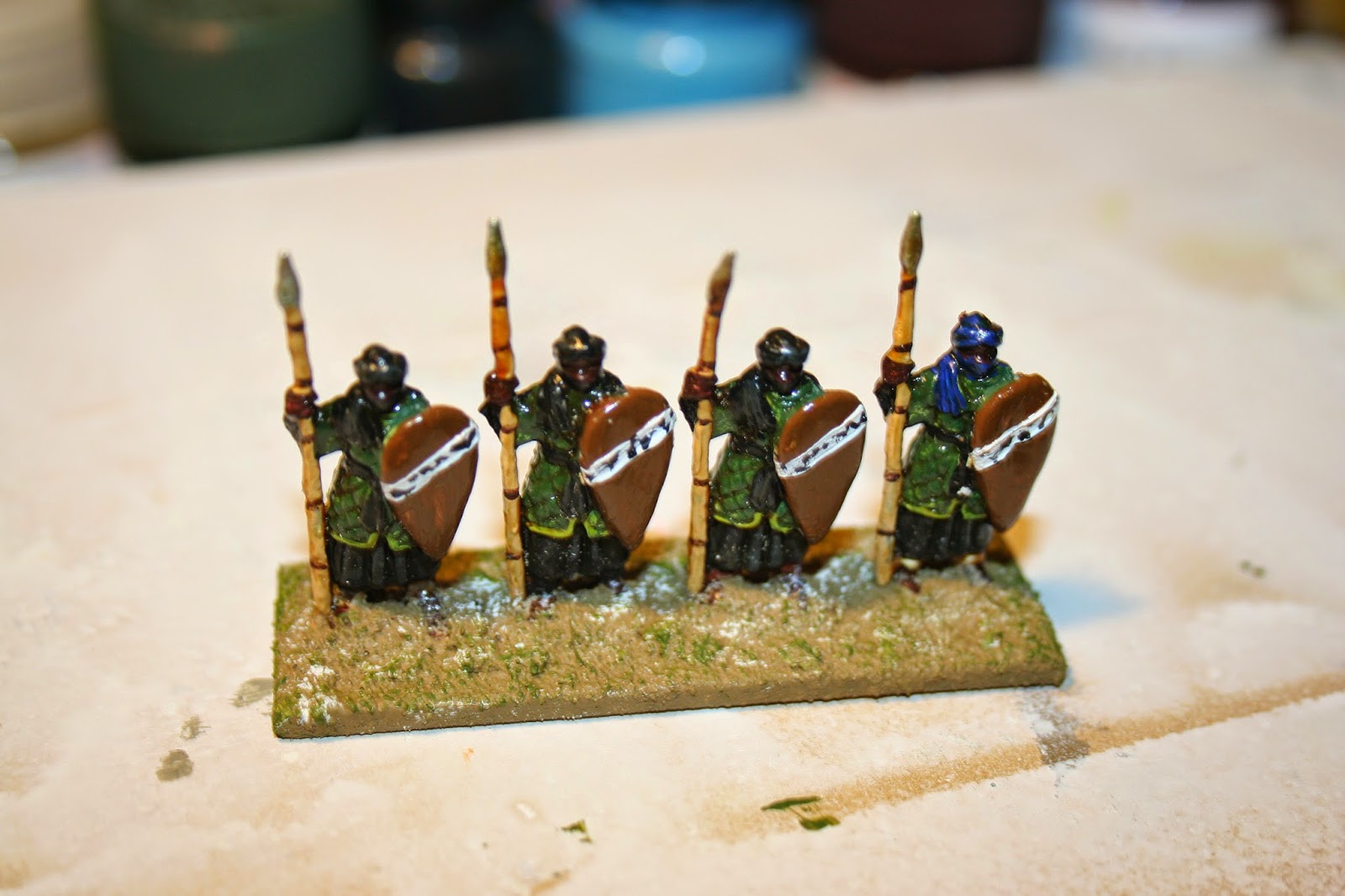 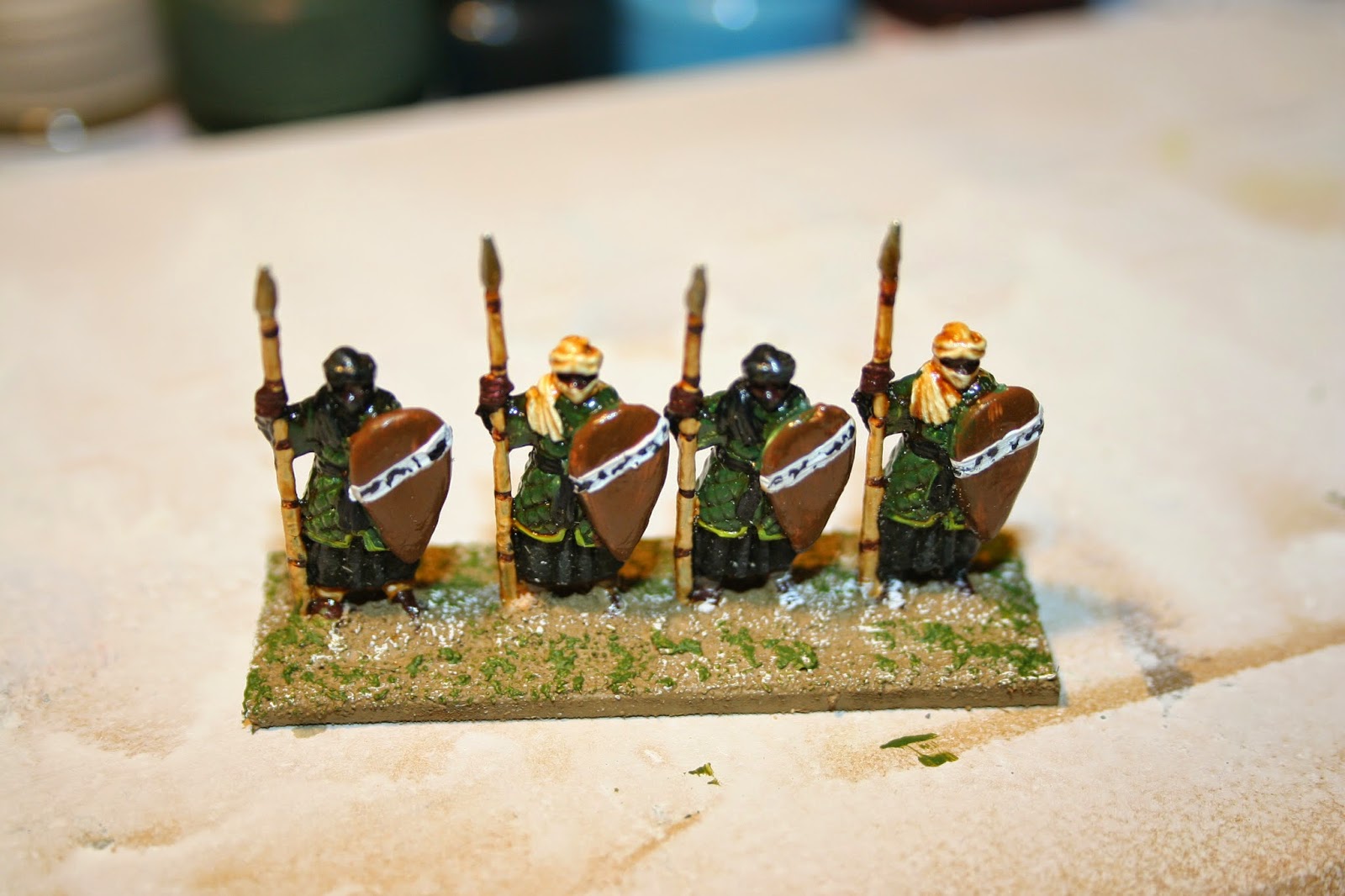 Another group of bamboo wielding warriors. 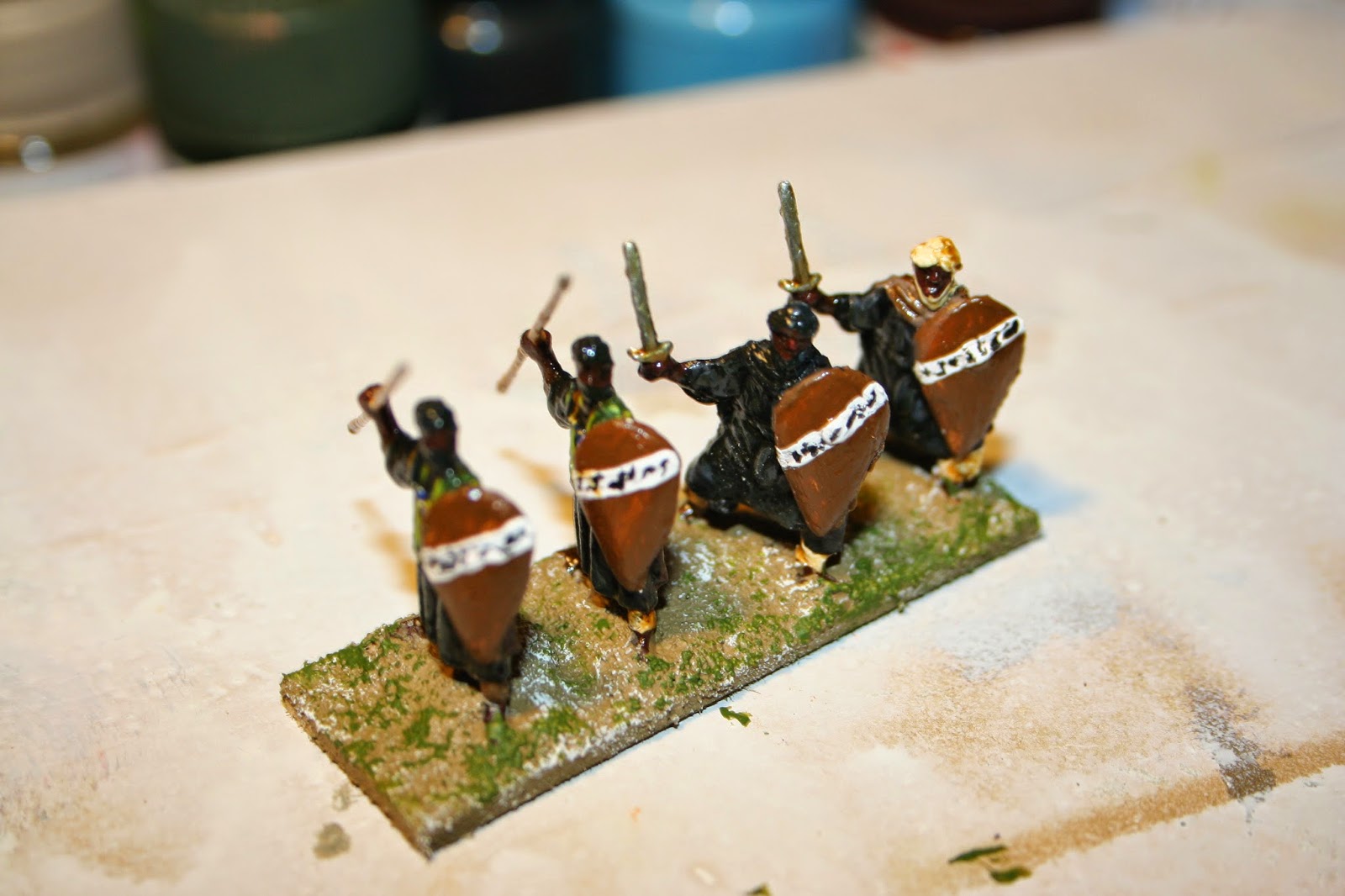 One last note. The bases are done with PVA and sand. The sand came from the Sahara Desert.