Got round to painting up some more of my Taipings. These include the classic jingal and some Miao Rebels.

As with the other figures these are from Irregular. The jingal comes with one purpose built crewman (unlike the other jingals in the Irregular range, who just get standard gun crew) and a generic officer type figure. 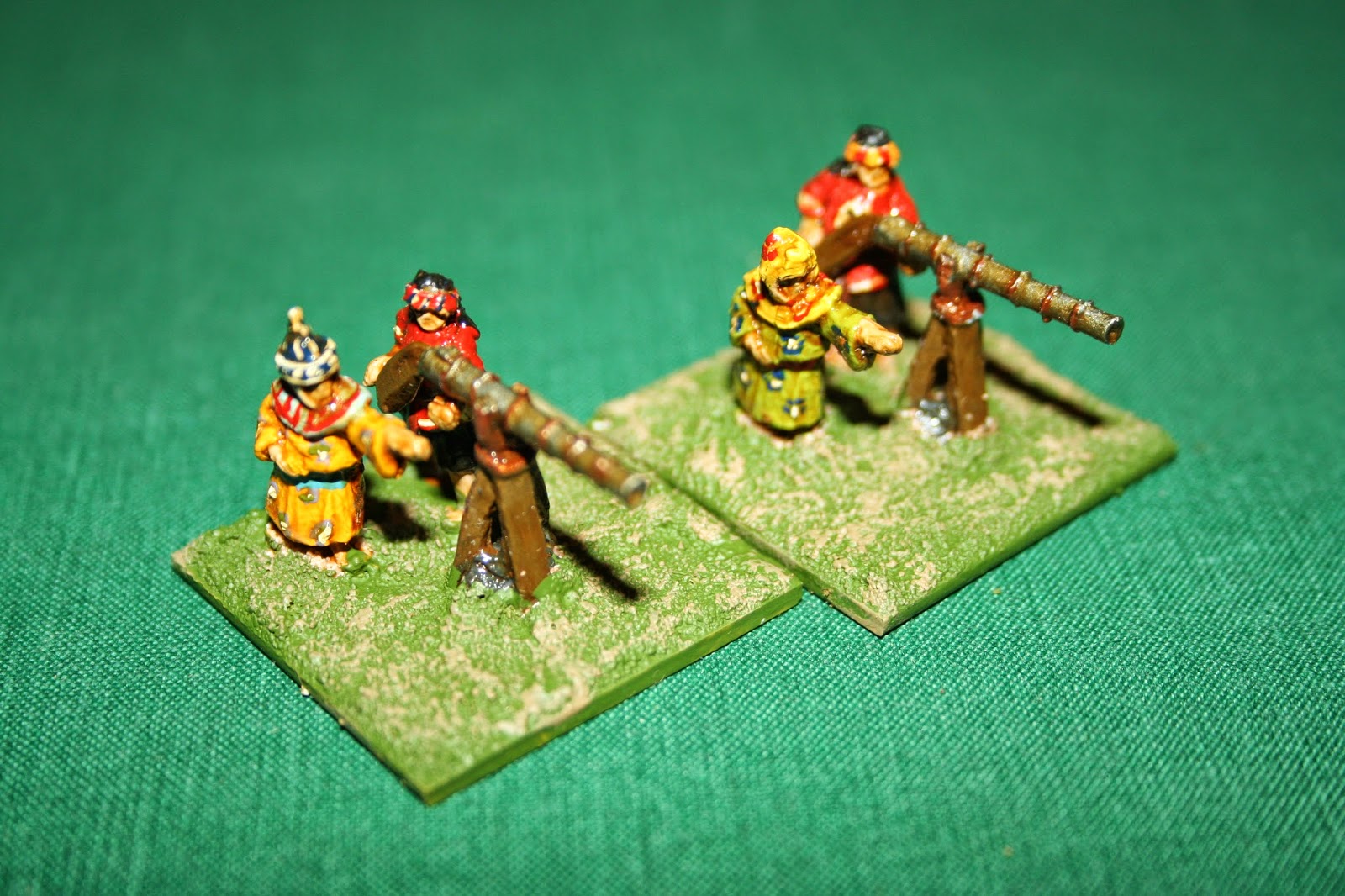 The gunner is nicely posed, and painted up well. The officer I'm getting quite used to now, so making him look unique is becoming an issue! I'm persisting with the dots/flower design to represent patterned silks, and generally using contrasting colours to make the clothing look decorated.

The gunners have a painted on chest patch as the figures come without one.

The Miao rebels are straight from the Ian Heath book. As I got ready made armies my figures are pretty random and aren't entirely compatible with each other, I think, but it is difficult to tell. I'm not sure about mixing the hair feather spikes and the big turbans.Whatever, they look good and painted up well. There are some odd Taipings mixed in with them to make up the numbers in the regiments. And that officer figure again. 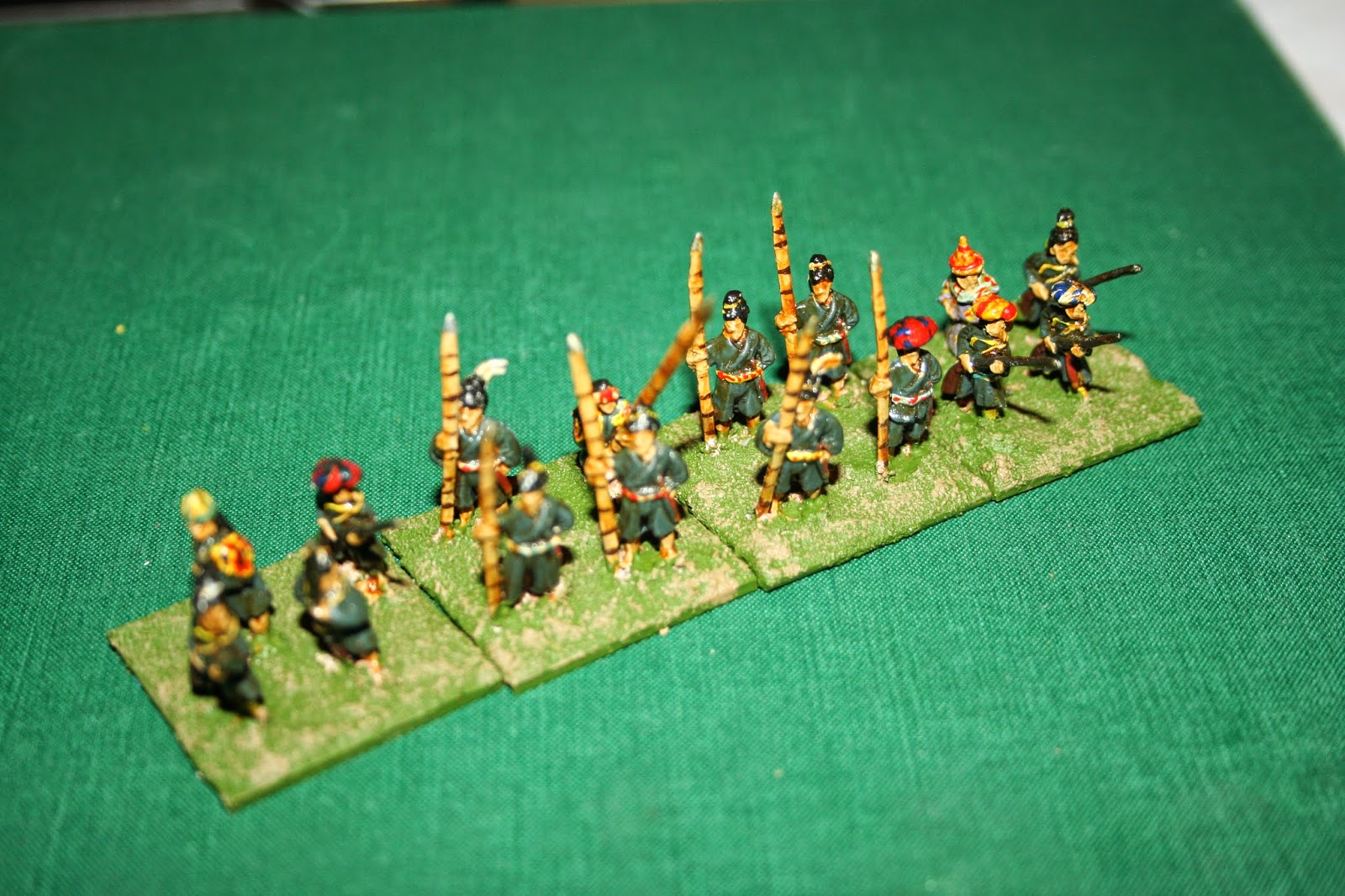 BTW, I photographed these standing on the back of the Ian Heath book. Makes a nice base board. 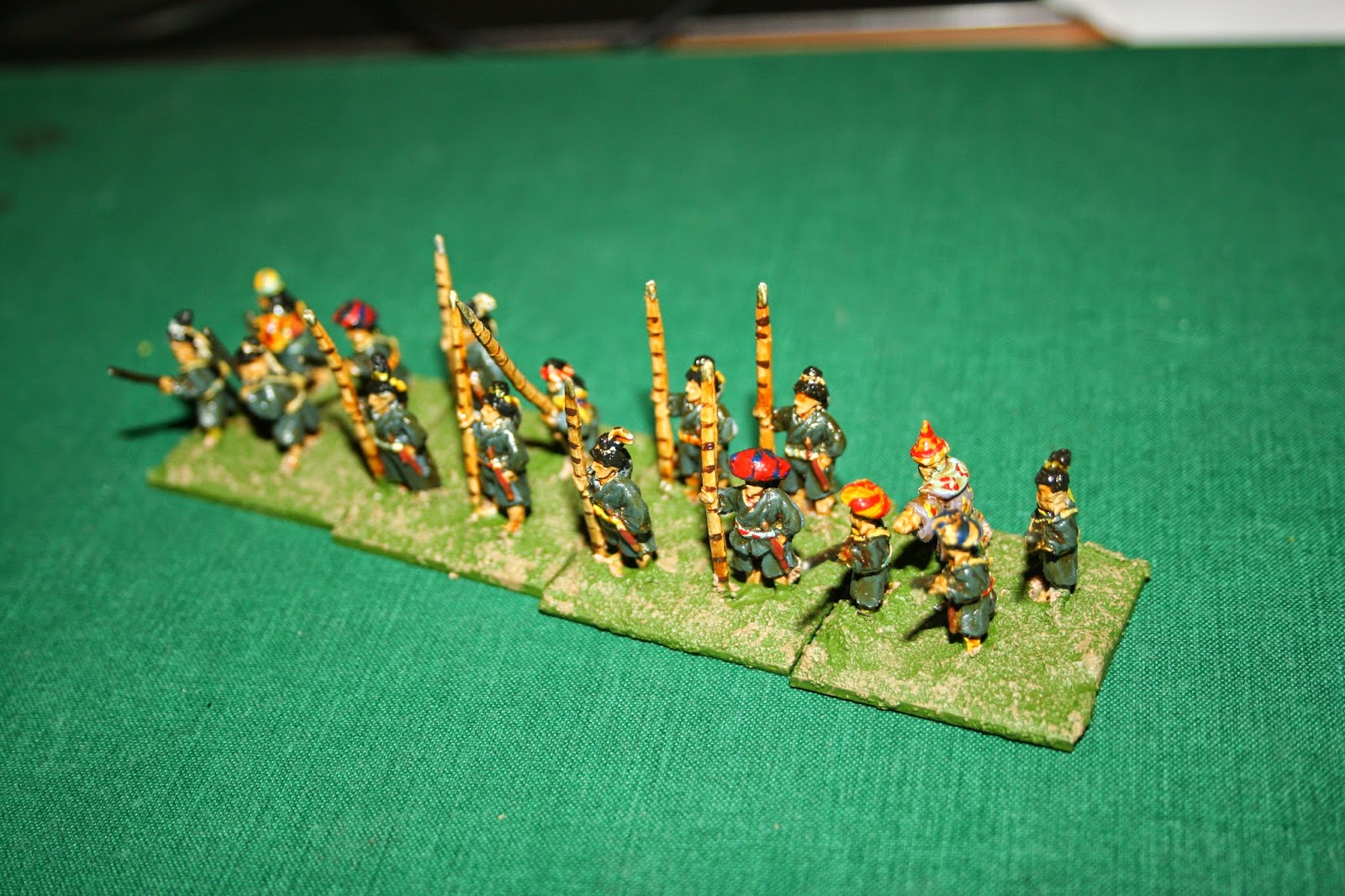 So I'm making decent progress, although I'm alternating with the last of my Median infantry and the remains of the Assyrians in an attempt to paint three armies at once.

Looking back at the pictures I'm often surprised at how much difference it makes using my SLR to take the pictures. It has fewer megapixels than both the compact and the phone, but even the basic 50mm lens produces such a nicer picture.