Took some time out to snap some shots of my Almoravids & Spanish figures. Shedquarters has better light for this & I used some wide angle and macro lens attachments to get close ups. 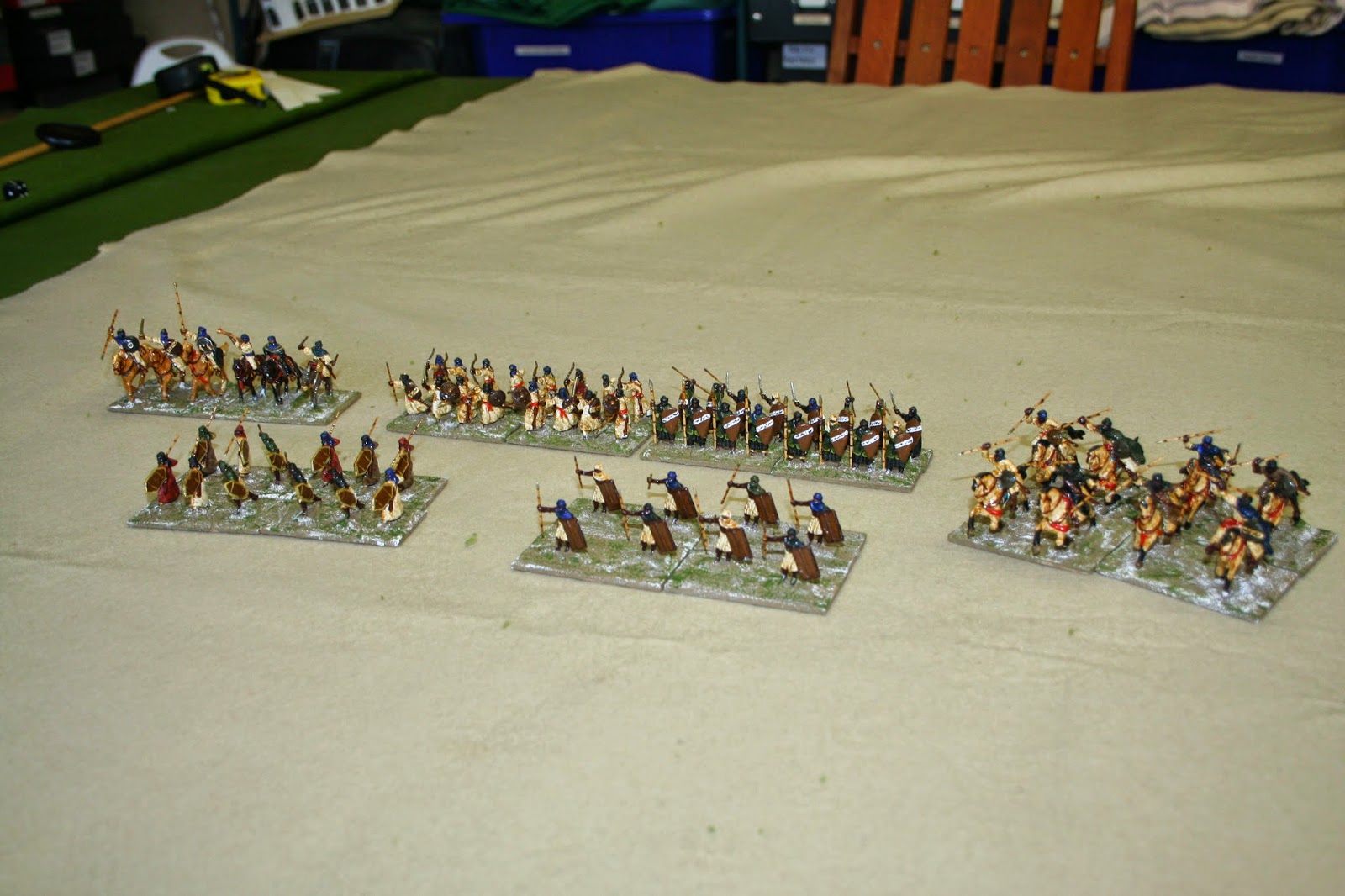 This is the progress to date on the Almoravids. I've stopped whilst I catch up with the Spanish. I've also noted by peaking into Phil's copy of DBA 3 that they've been more specific about what the bases should be in the army, so I have some extra bases to paint (Psiloi with bows, for example). 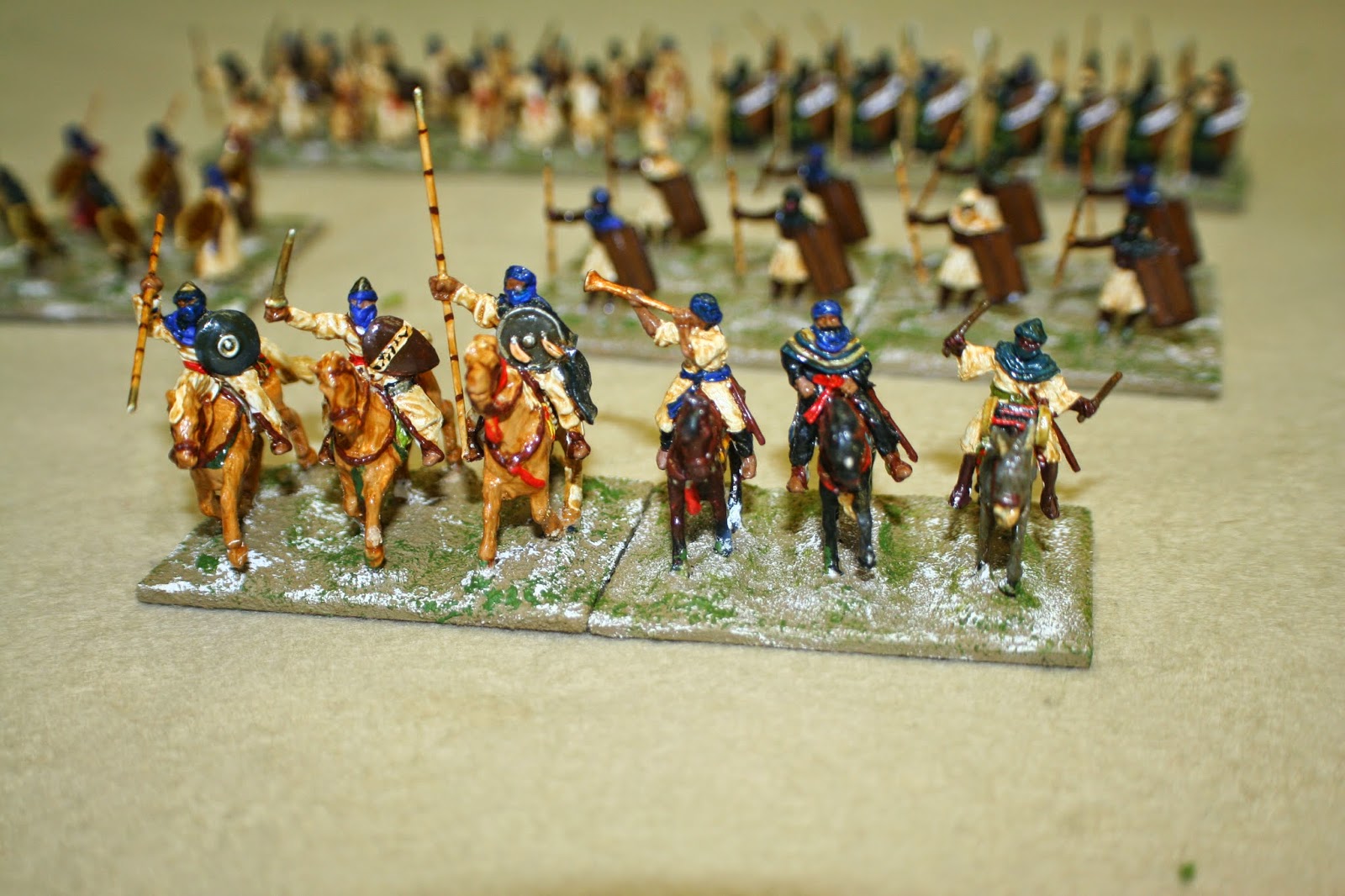 Another shot of the Murabit heavy cavalry and the command group. 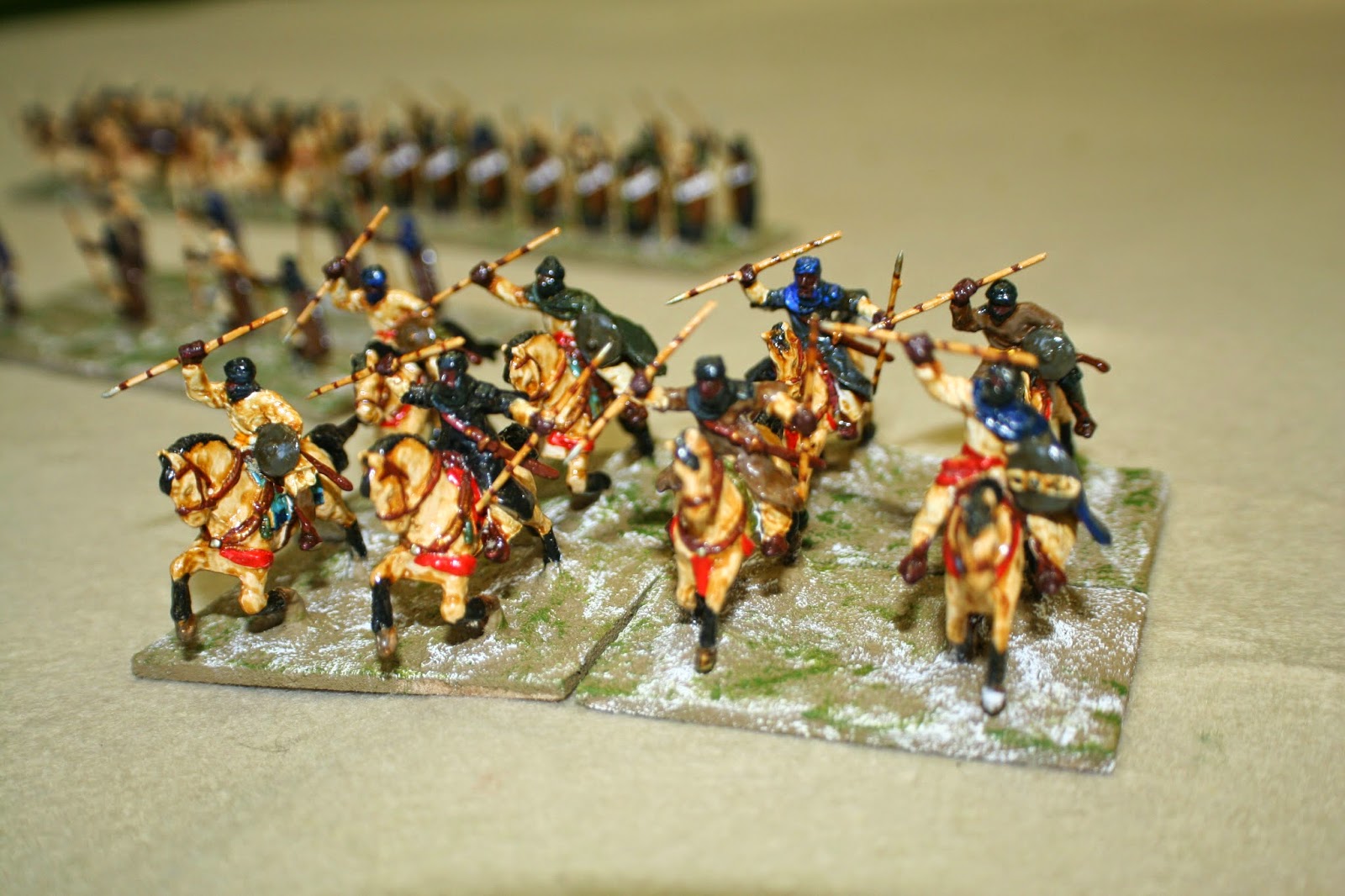 The light horse look okay, even tho' there aren't a lot of different poses. 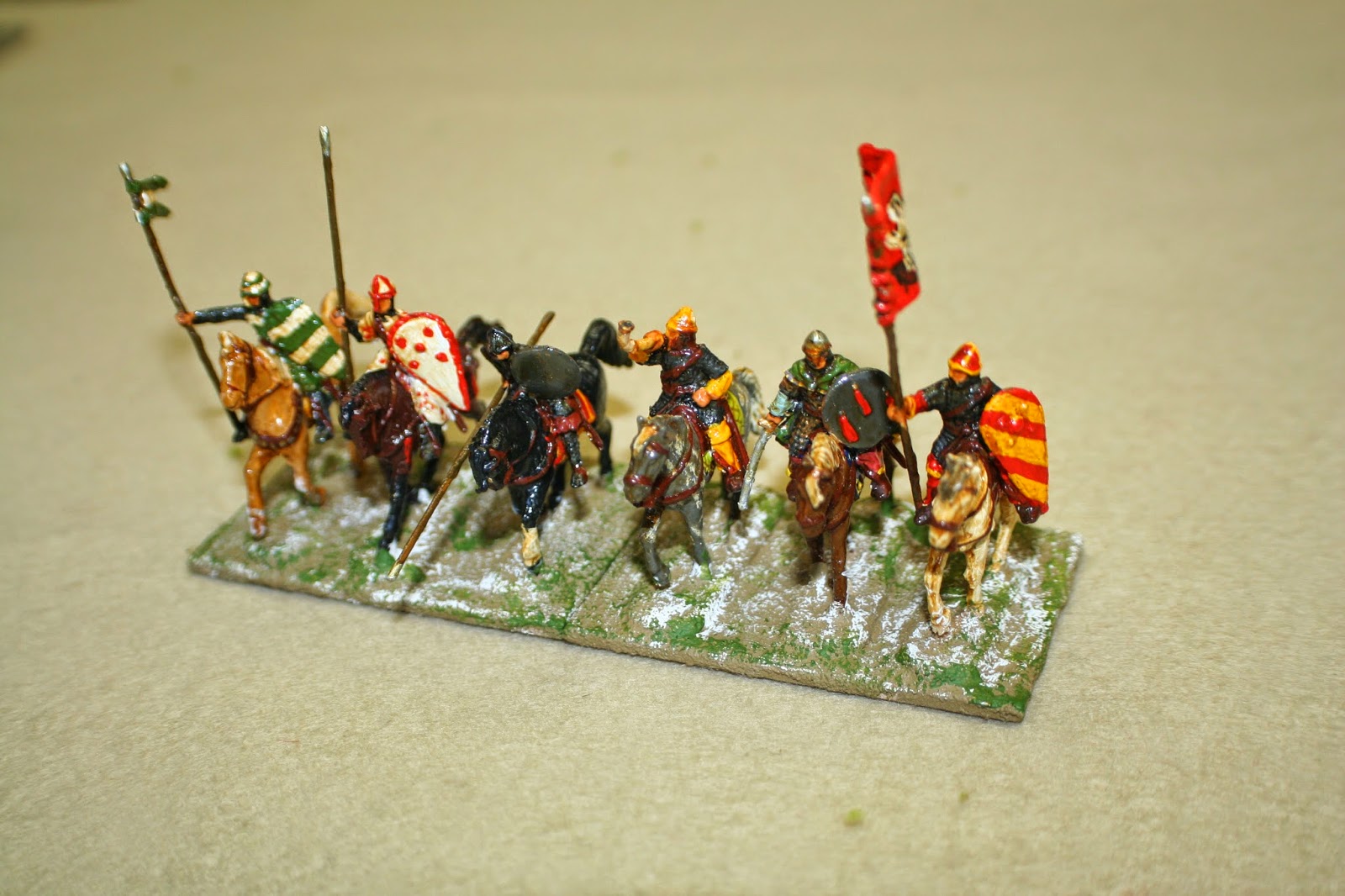 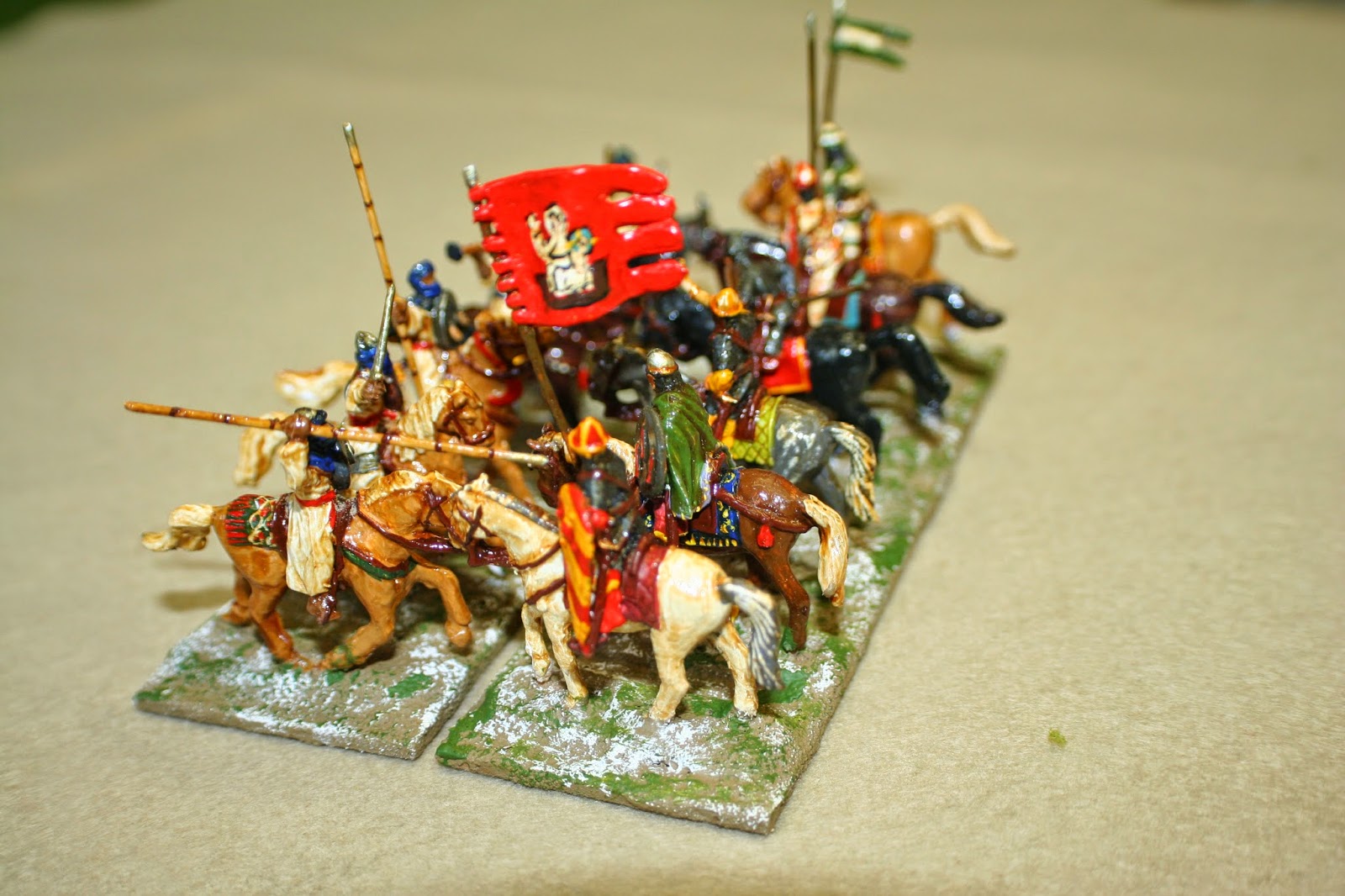 A sort of combat picture. Luckily for me the opposing figures interlock convincingly. 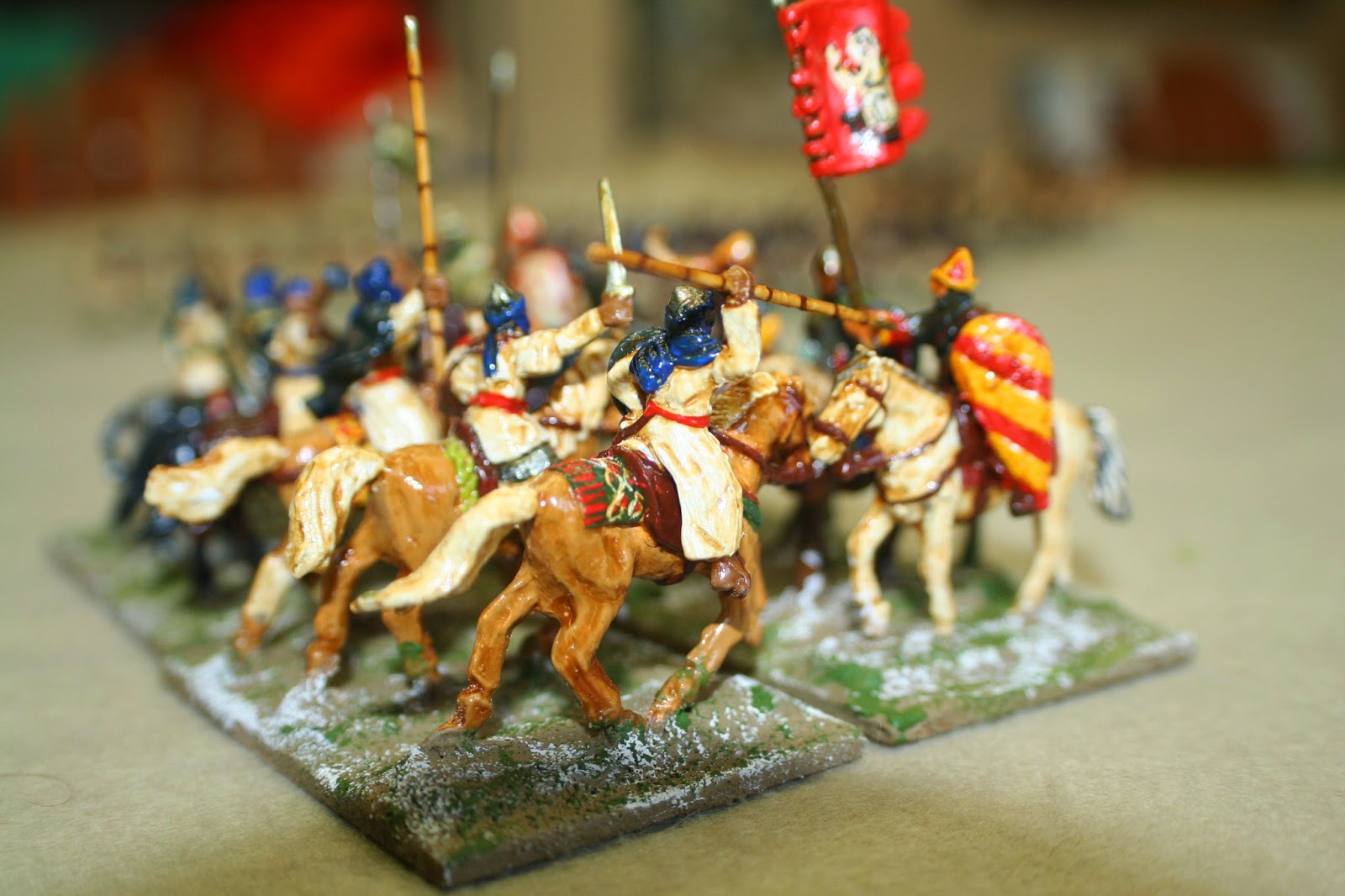 I put this one in so you can see the detail on the Murabit saddle cloths.

Hopefully over the next couple of weeks I can make some real progress on the Spanish DBA army.