Haven't done one of these for a while. Battle Day, that is*.

I took part in the early ones, - I did Gaugamela, Sambre & Dorylaeum all as Matrix Games in pre-blog days - and then I stopped. There was always a reason not to go, although I've helped Phil out with some of his submissions, and this year it seemed like I'd miss it too. However changes to holiday plans meant I would be in the UK over the required weekend so I went to not taking part to running a game inside a fortnight.

Luckily for me the battle is Hydaspes this year, which I've re fought a couple of times with AMW, and the organiser (Richard Lockwood) took part in one of those. I think he really wanted me to take part. Details are here: Battle Day

So far I have two players, me & Phil, but more may join in over the next week.

As I can't take my Shedquarters tables with me I needed to check out my transportable terrain mat. Whilst I've got those big green cloths which are featured when I'm playing square based games I usually take my vinyl play mat which is blue on one side and green on the other. The blue side has featured in Hammerin' Iron posts on this blog. When I rolled it out I was reminded that the green side was also marked out in squares, so I had to do a quick repaint. (BTW This mat is made of two vinyl advertising posters that Chris K gave me when he ran an outdoor shop. They were for Berghaus, I think).

Having repainted I did a quick sizing with the proposed forces. It's a bit of a squeeze, but they fit. 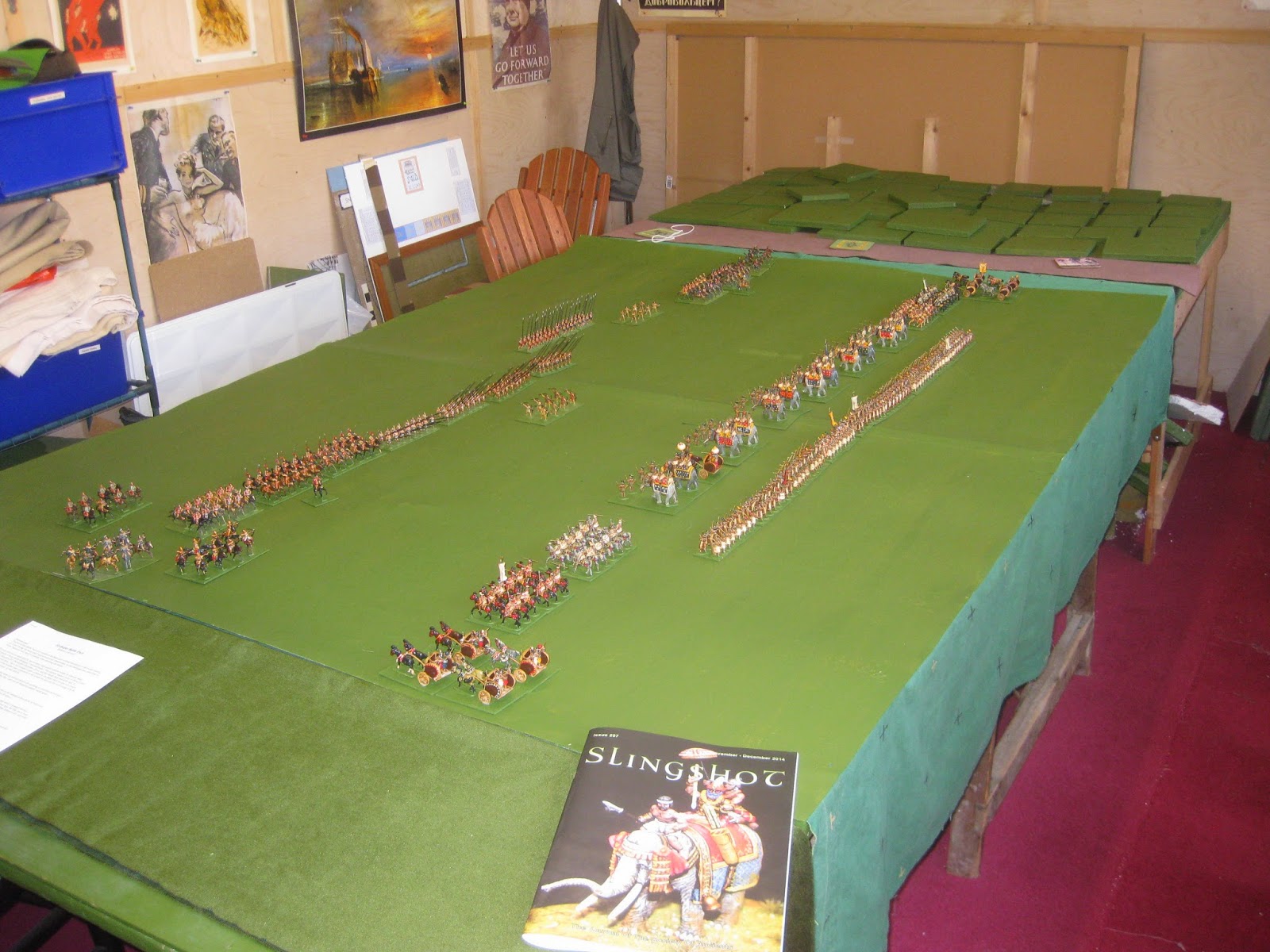 Indians on the right, Macedonians an the left. Copy of Slingshot with excellent articles on the armies in the foreground. 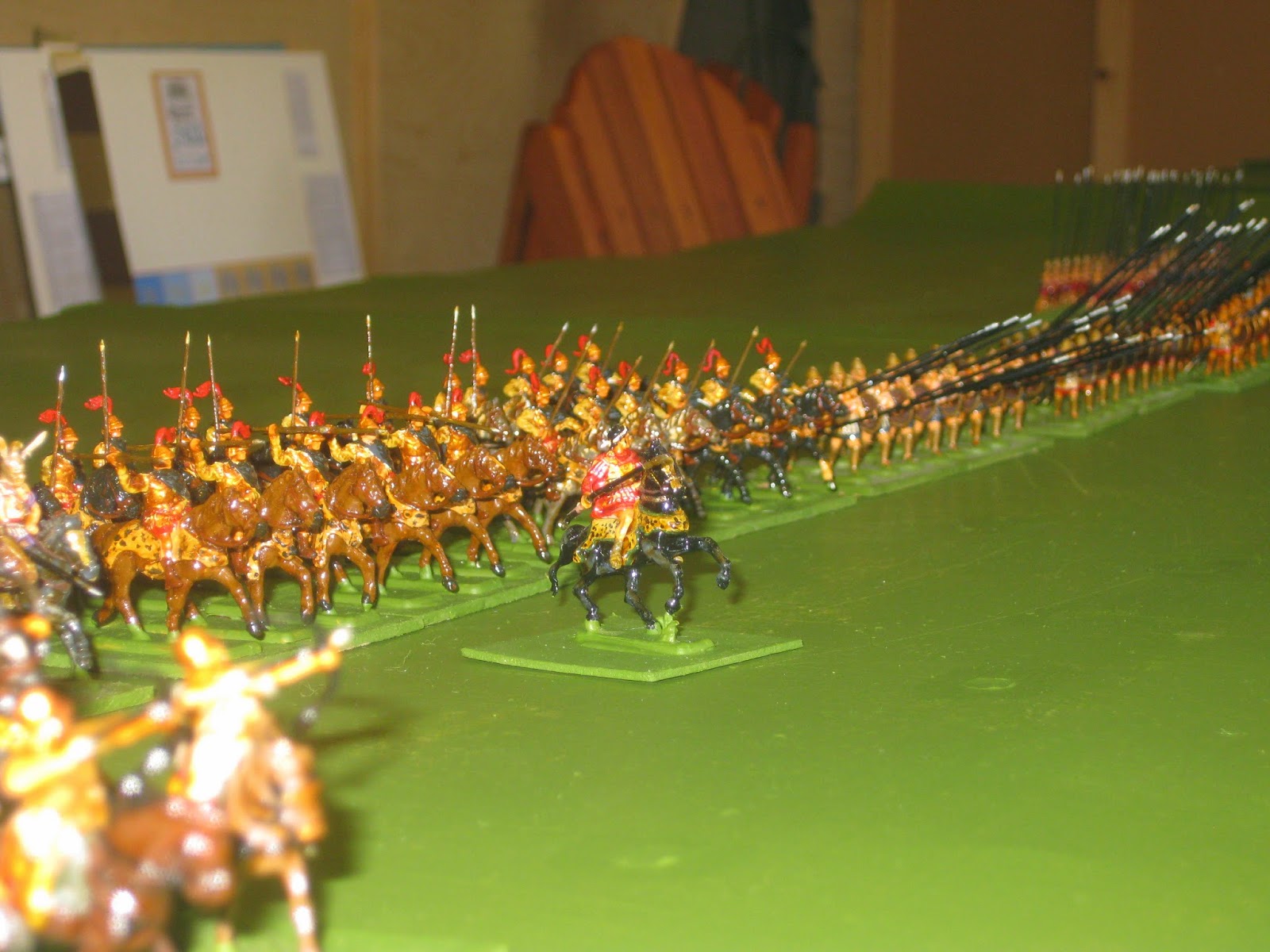 Alexander and his companions. These are new figures,  - Hat - which were bought in anticipation of this game. I'd been using Gauls to make up the numbers. 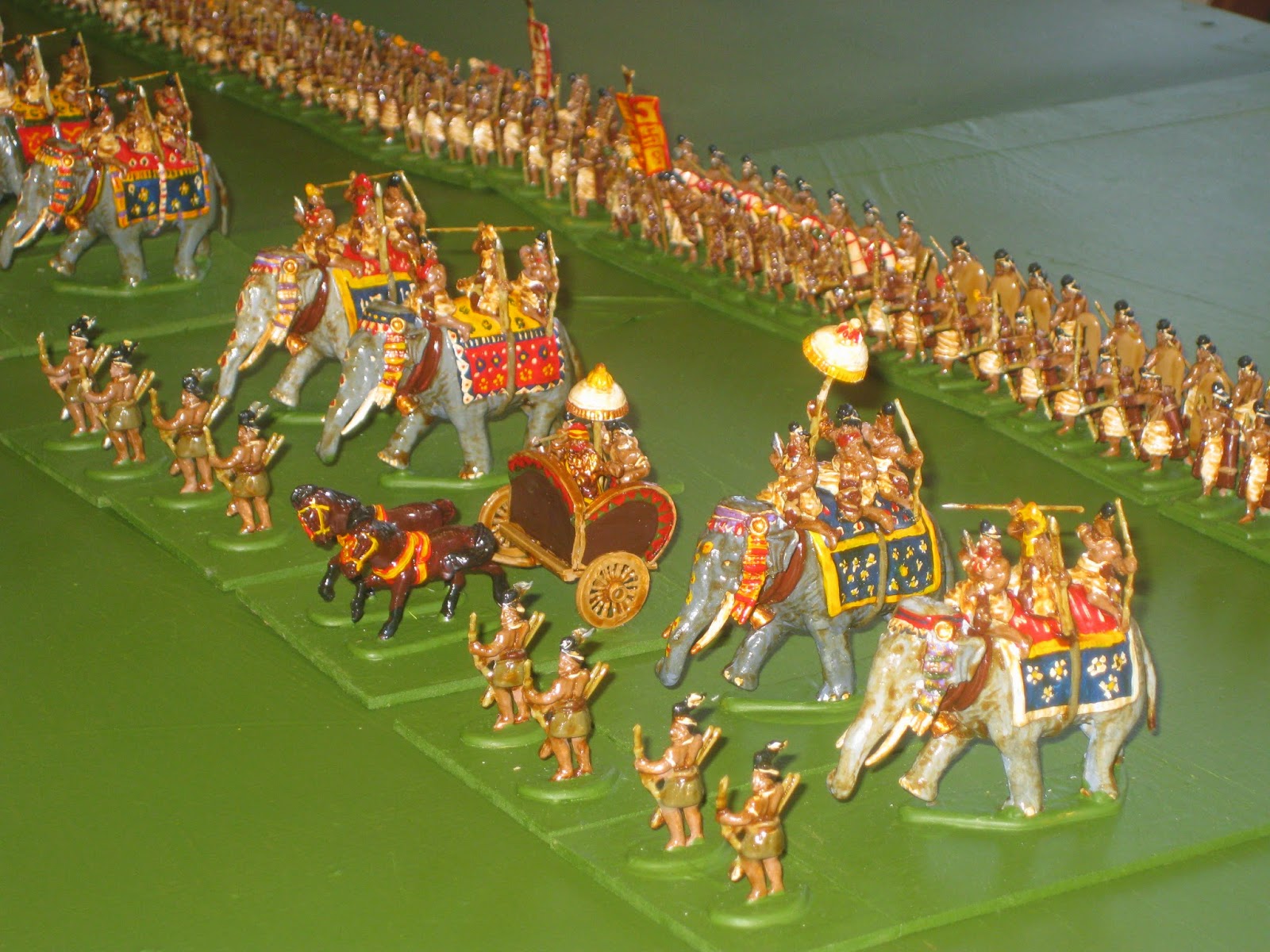 Porus & his elephants. Richard Lockwood says we shouldn't use as many elephants as we can lay our hands on. I don't completely agree. 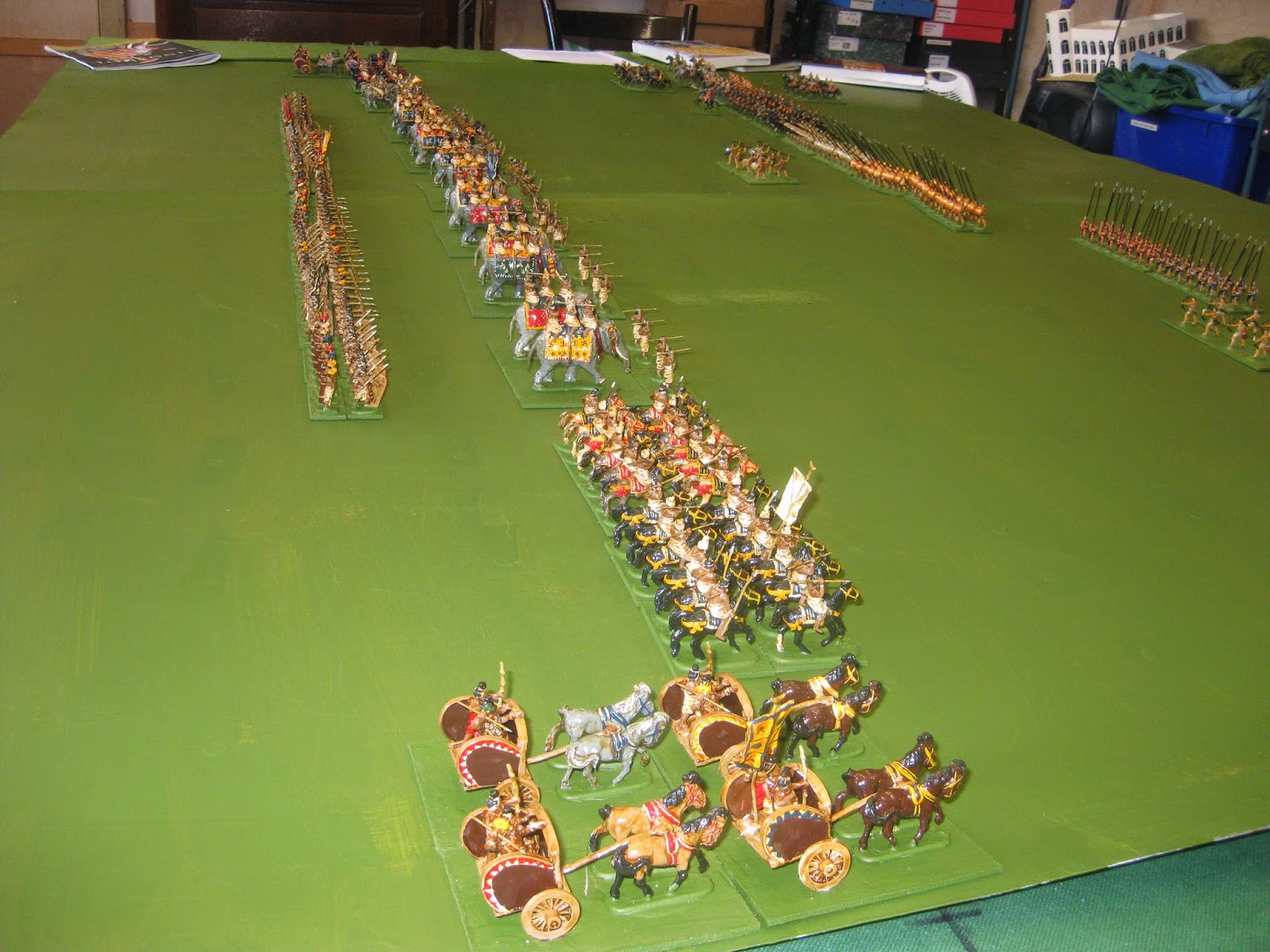 Another shot of the Indian line. It's wall to wall stuff.

From the layout I don't expect much manoeuvring. I am expecting a hard fought and bloody encounter.

We will be using the Shedquarters amendments that reduce the effectiveness of elephants and give generals a role. If we have enough time we might refight it without these changes. If we do I expect Alexander to get well and truly spanked.

* If you have never heard of these what happens is the same battle is re fought by lots of different groups, all using different rules. The results are written up and published in Slingshot. The day successfully proves that everyone's chosen rules are the best.
Posted by Trebian at 15:03