Making the most of working from home

I was able to work from home during the week so I was able set up a game for the evening. I went back to the Chinese "Taiping Era" rules as I'd done a bit of a re-write after the game with Tim in April, and the Taiping boys have only had one run out so far.

As the few of us who gathered hadn't met for a while there was more chatting than playing, and I didn't get as many pictures as a battle report needs I'm afraid. 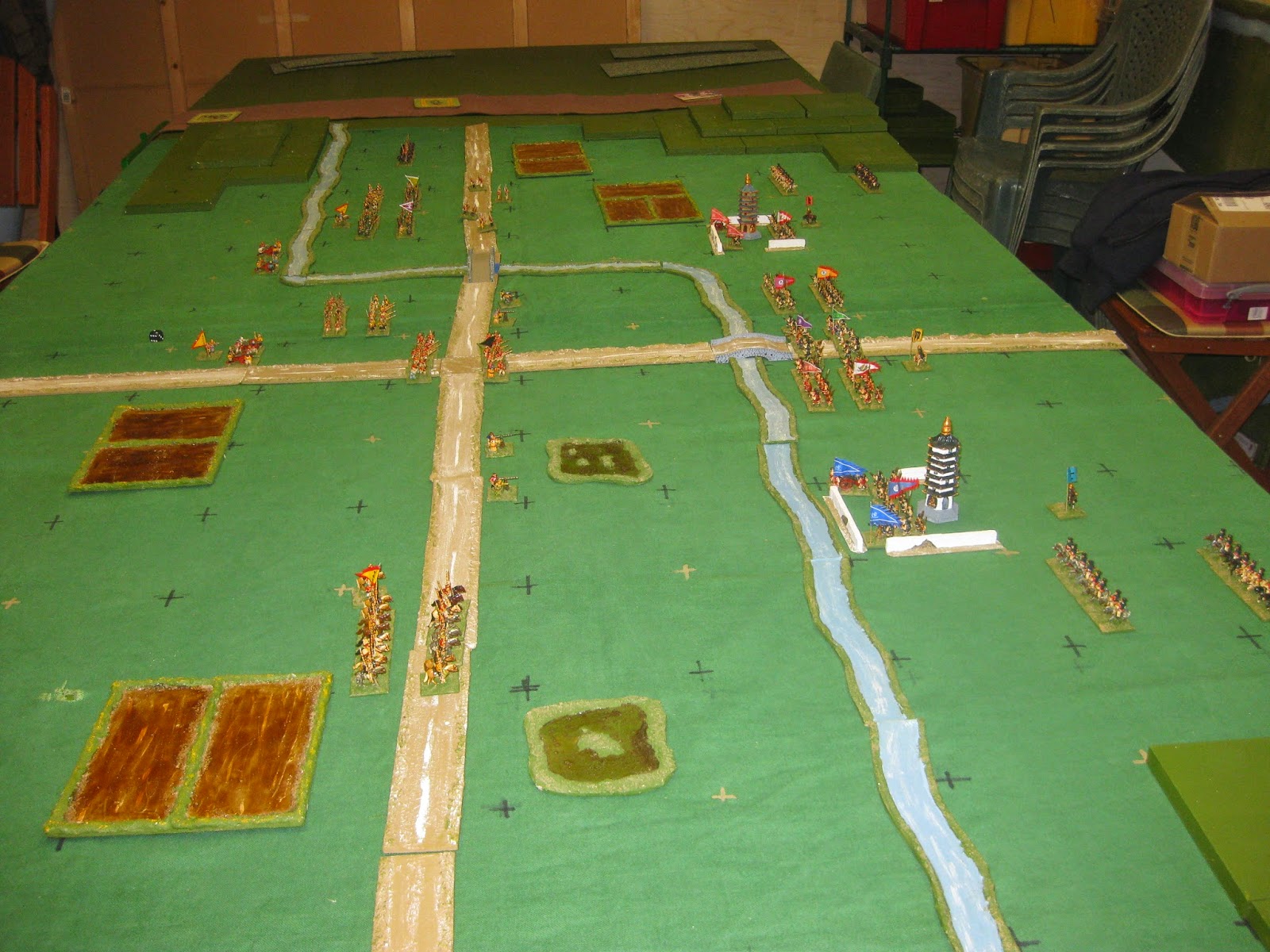 I was the Taipings, and Chris was the Imperialists. He was defending a few villages. I was going to liberate them and teach them the ways of the one true path to Heaven. The stream is just a drainage ditch and passable to all as slow going except for artillery. 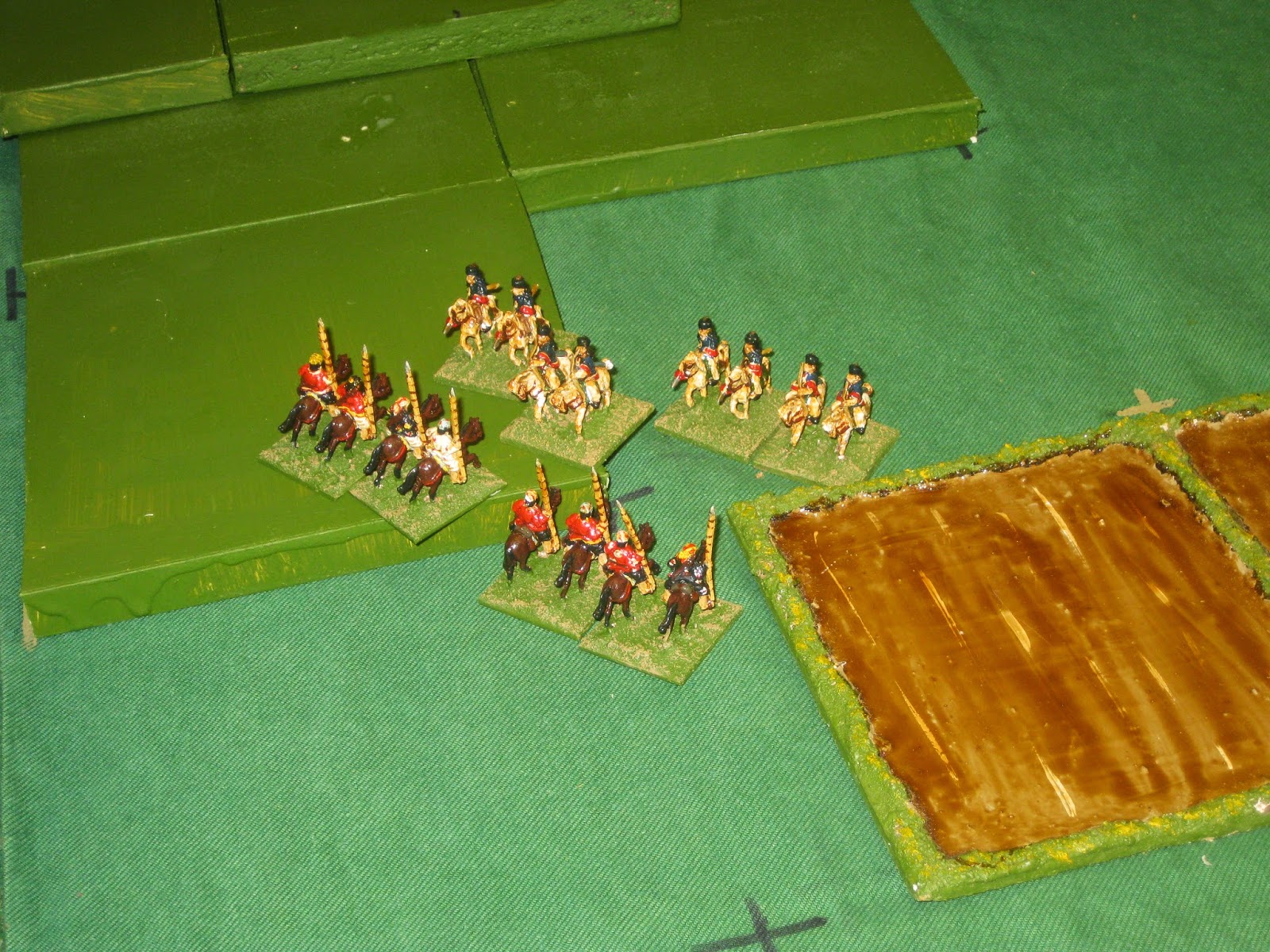 The first engagement happened over on my left, where some of our cavalry clashed in a non-conclusive manner. Well, I got a bit roughed up and driven back, actually. It was during this combat that I started to rethink exactly how melee should be resolved, and that wasn't entirely down to the fact I was losing. 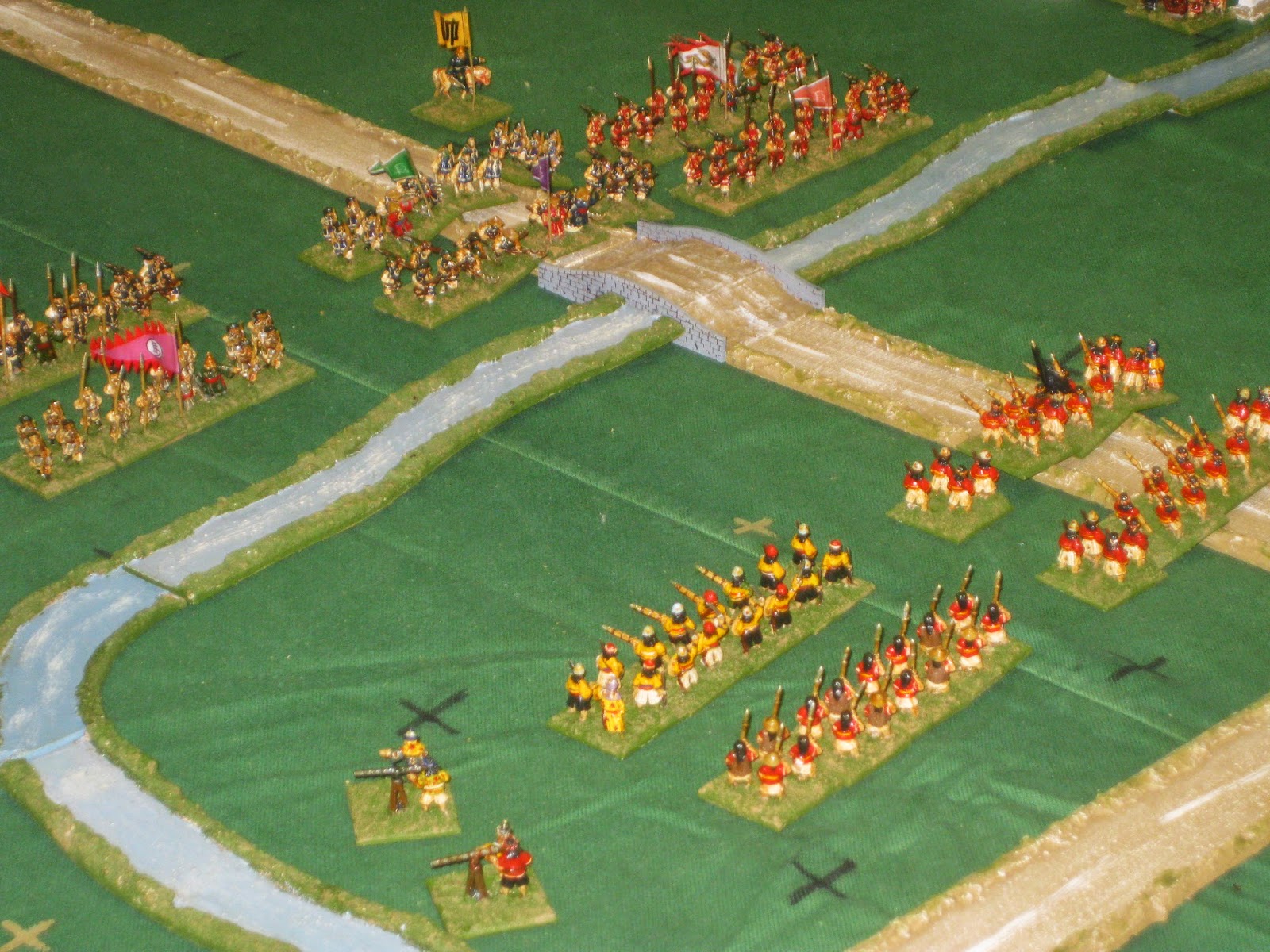 Anyhow, the real combat was going to take place in the centre where my longhairs were sure to triumph over the corrupt shaven headed Imperial forces. 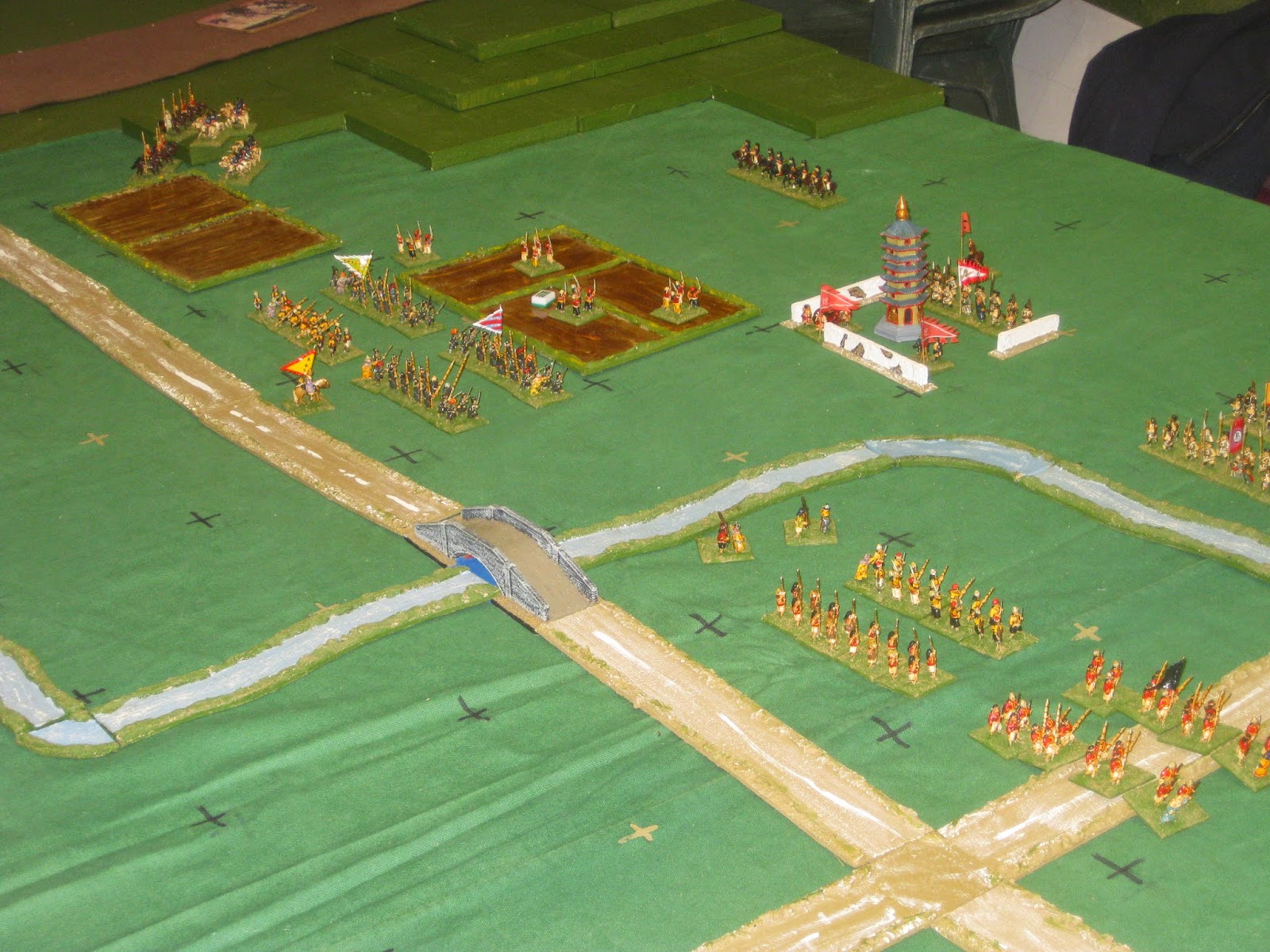 I also reckoned I could capture one village by storming it from the neighbouring paddy field. 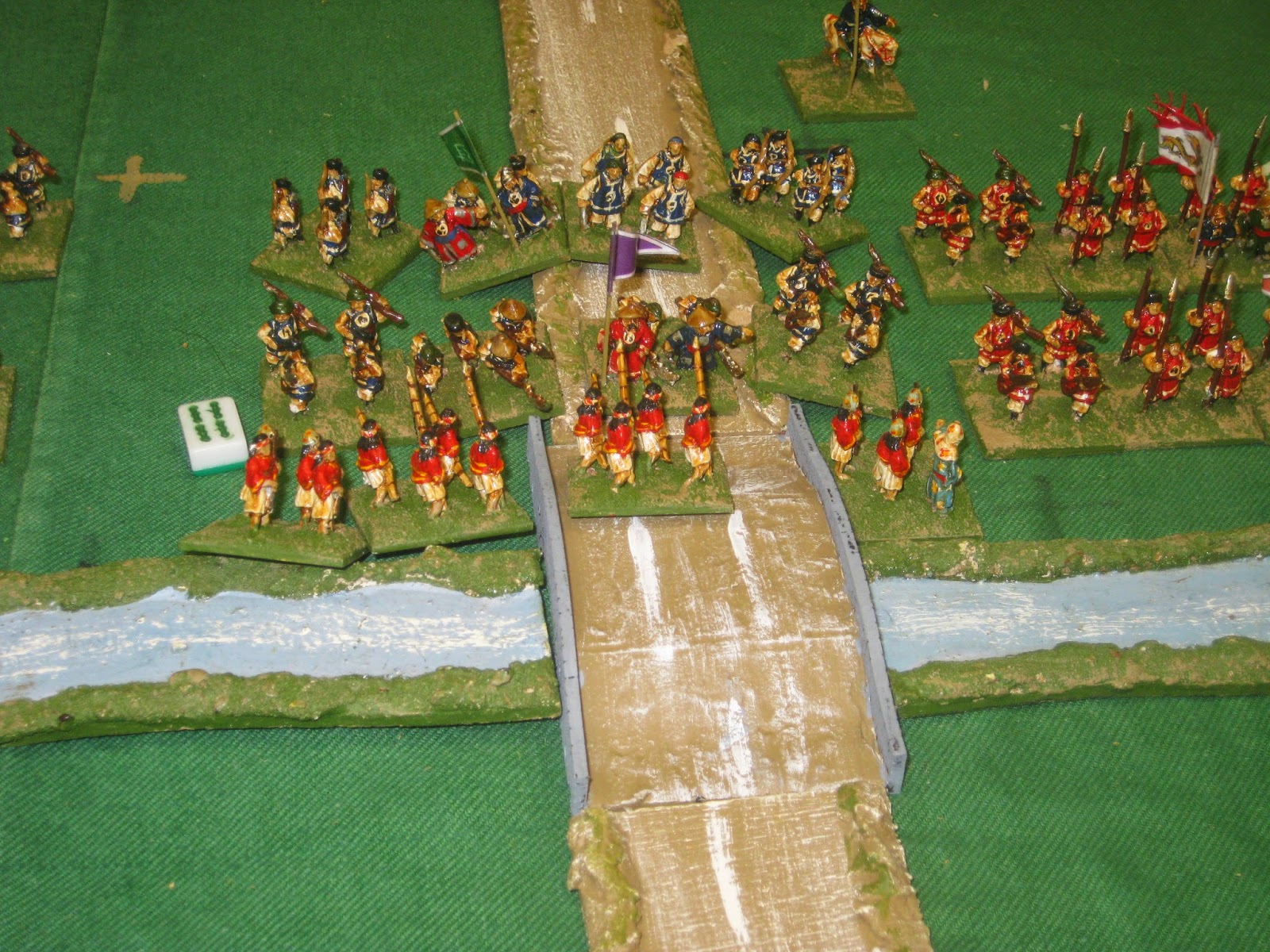 In the centre I stormed across the bridge. Alas the support unit decided not to charge. Curses. 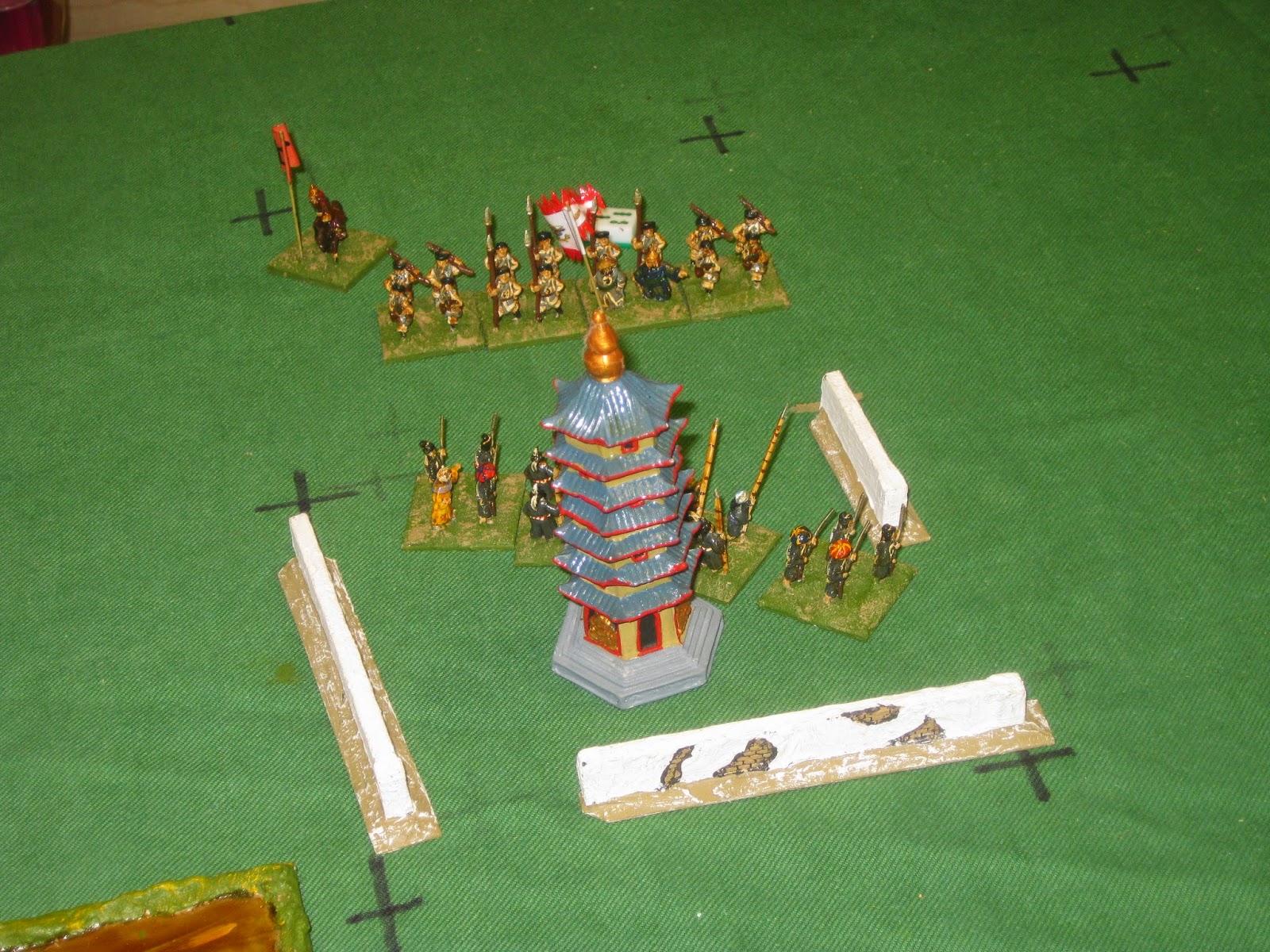 But I did overrun the village from the paddy field, forcing the Imps to retire. 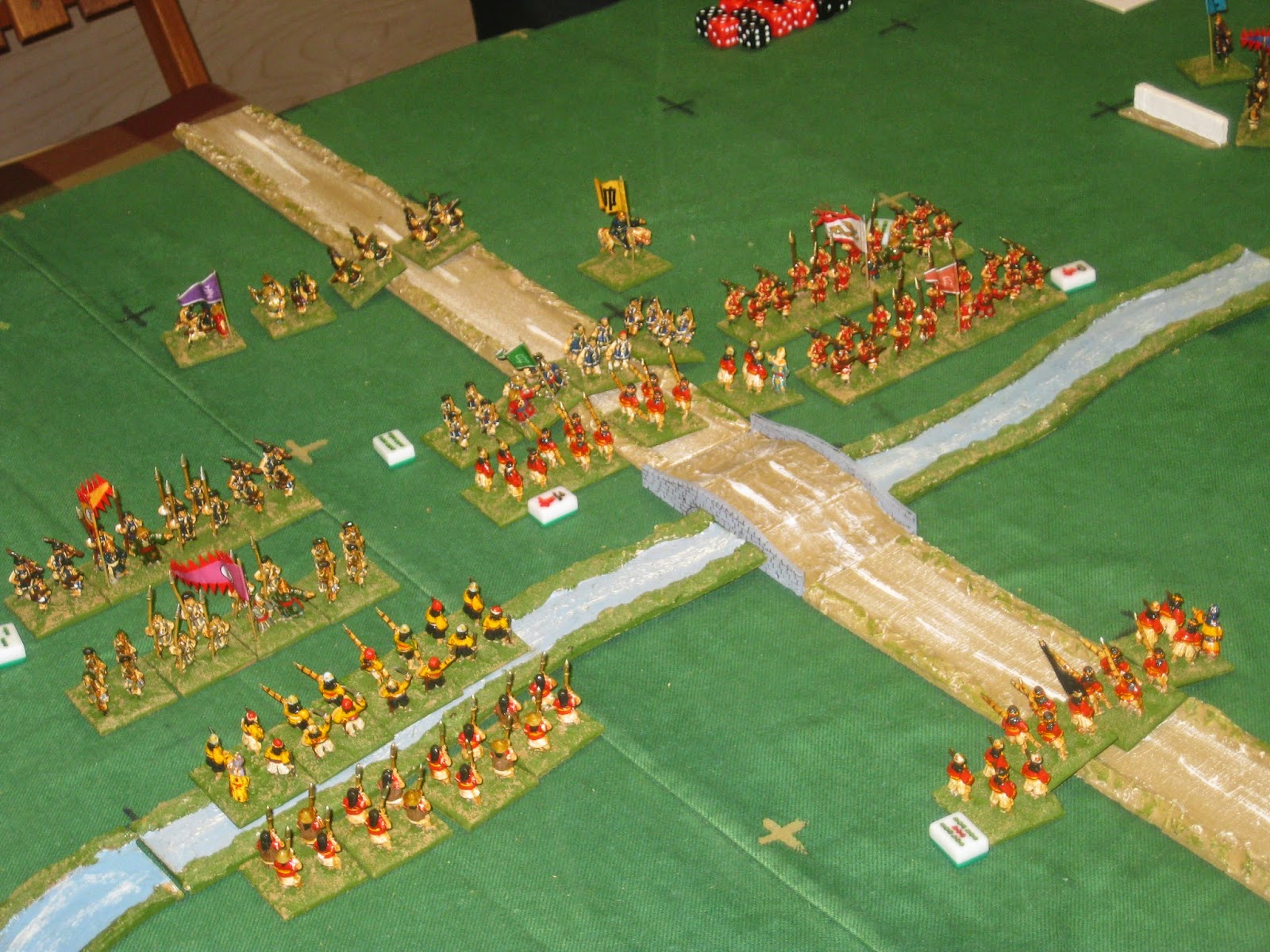 Everywhere else we were hotly engaged, but with no clear outcomes. The mini-Mah Jong tiles record the unit's current status, by the way. 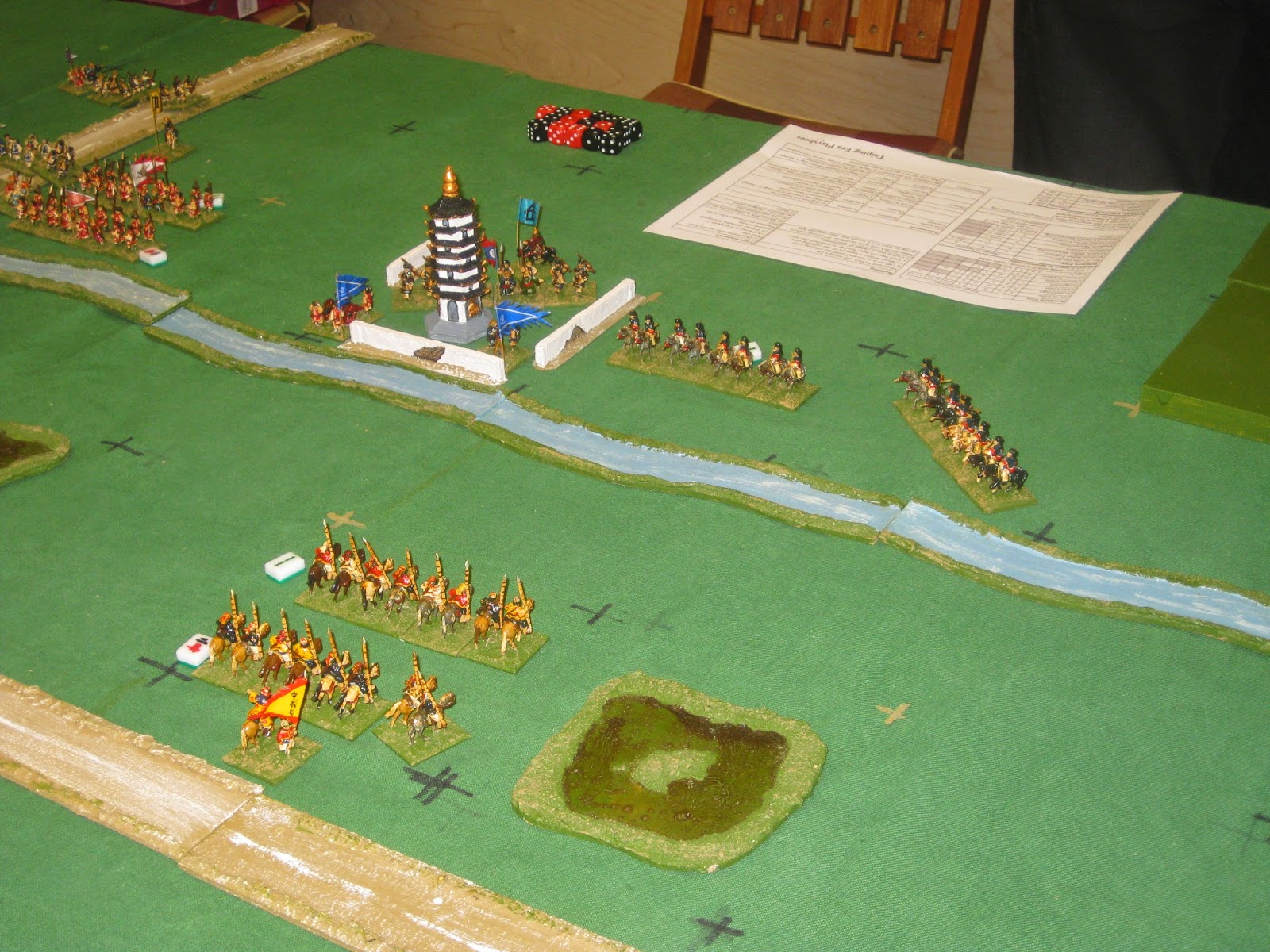 My cavalry suffered a little on the right flank from the fire from the village. 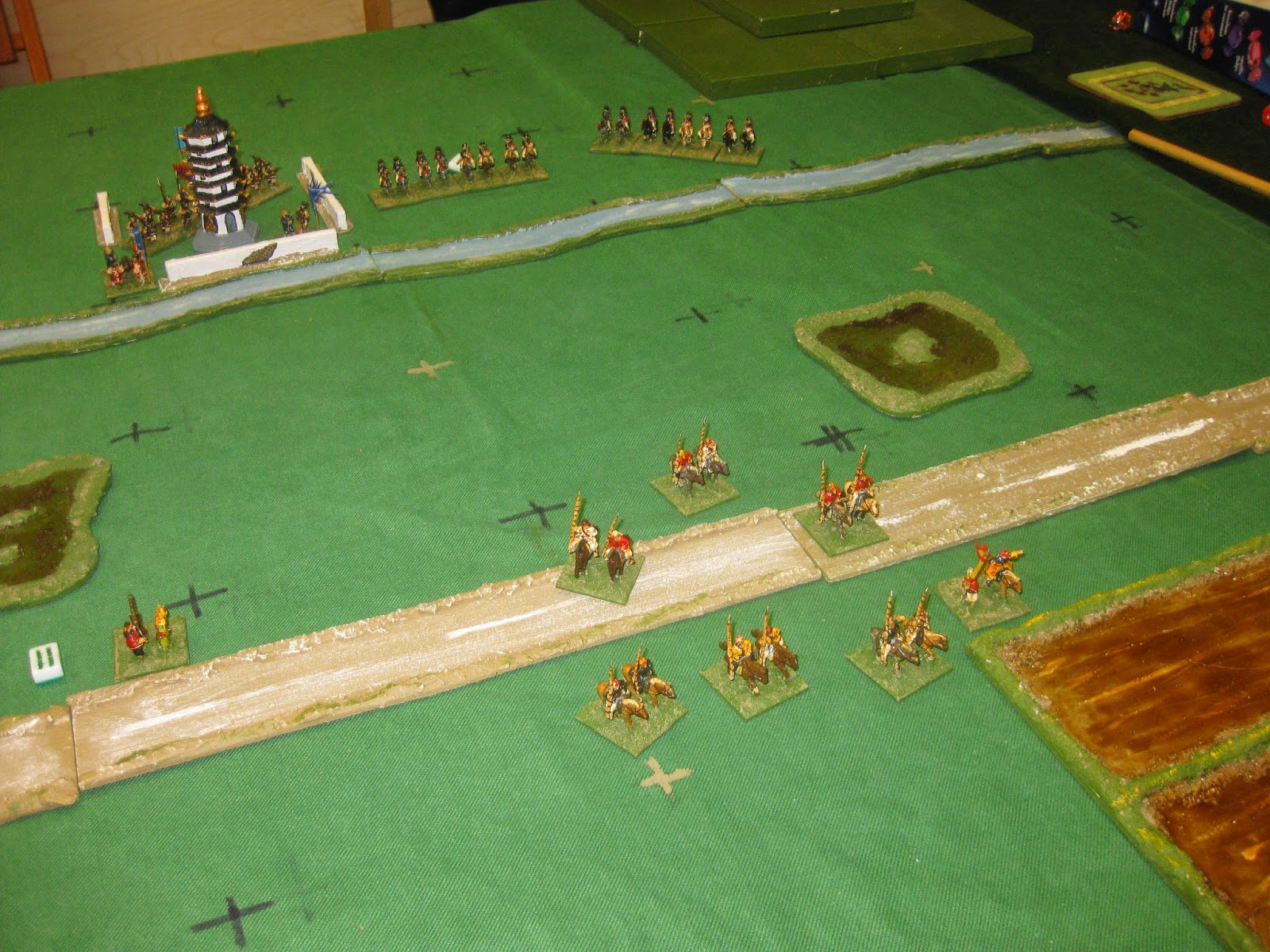 And consequently decide to run away. 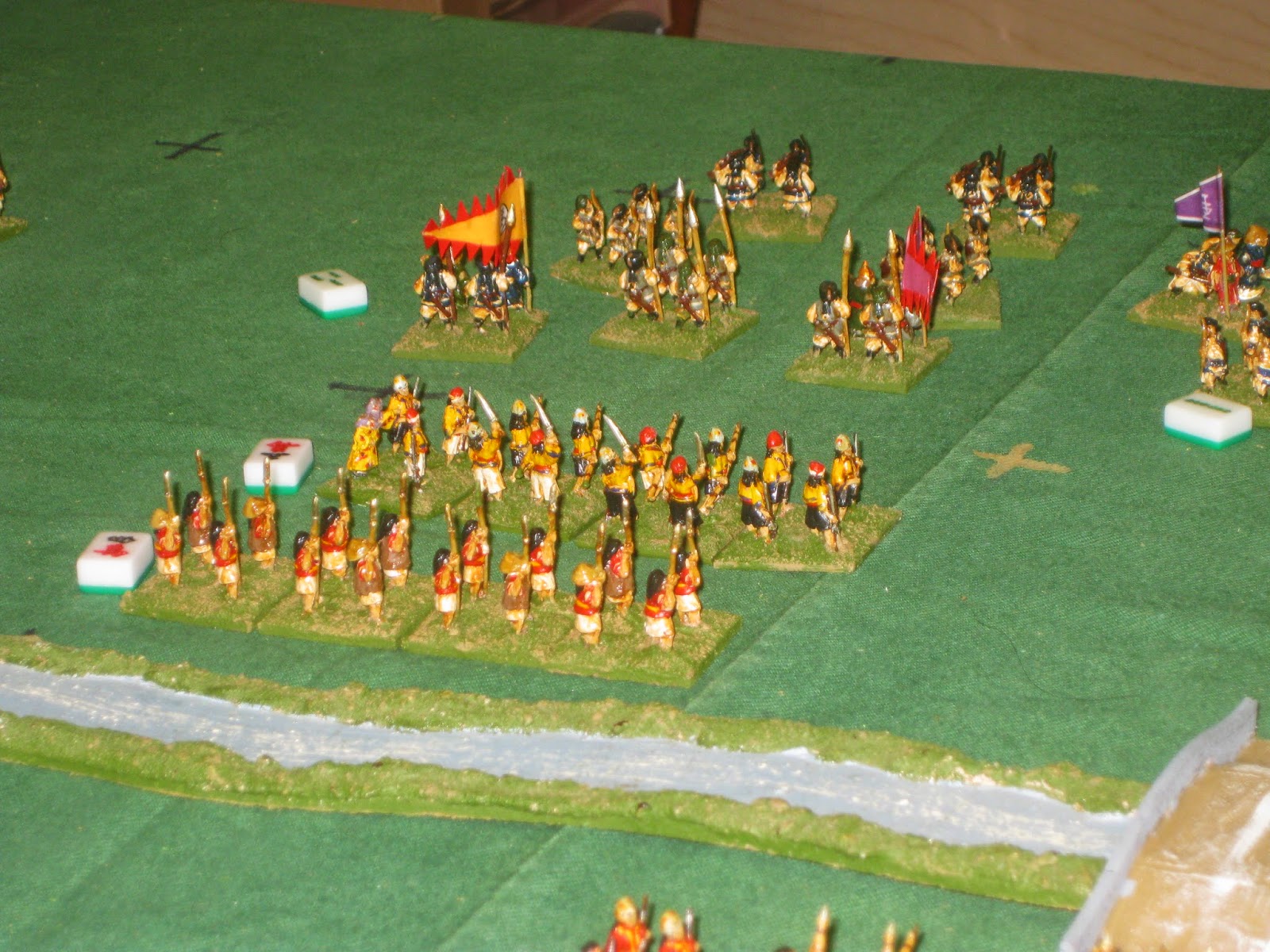 But in the centre I have seized the far bank of the river. I mean stream. I mean drainage ditch. So I must be winning. 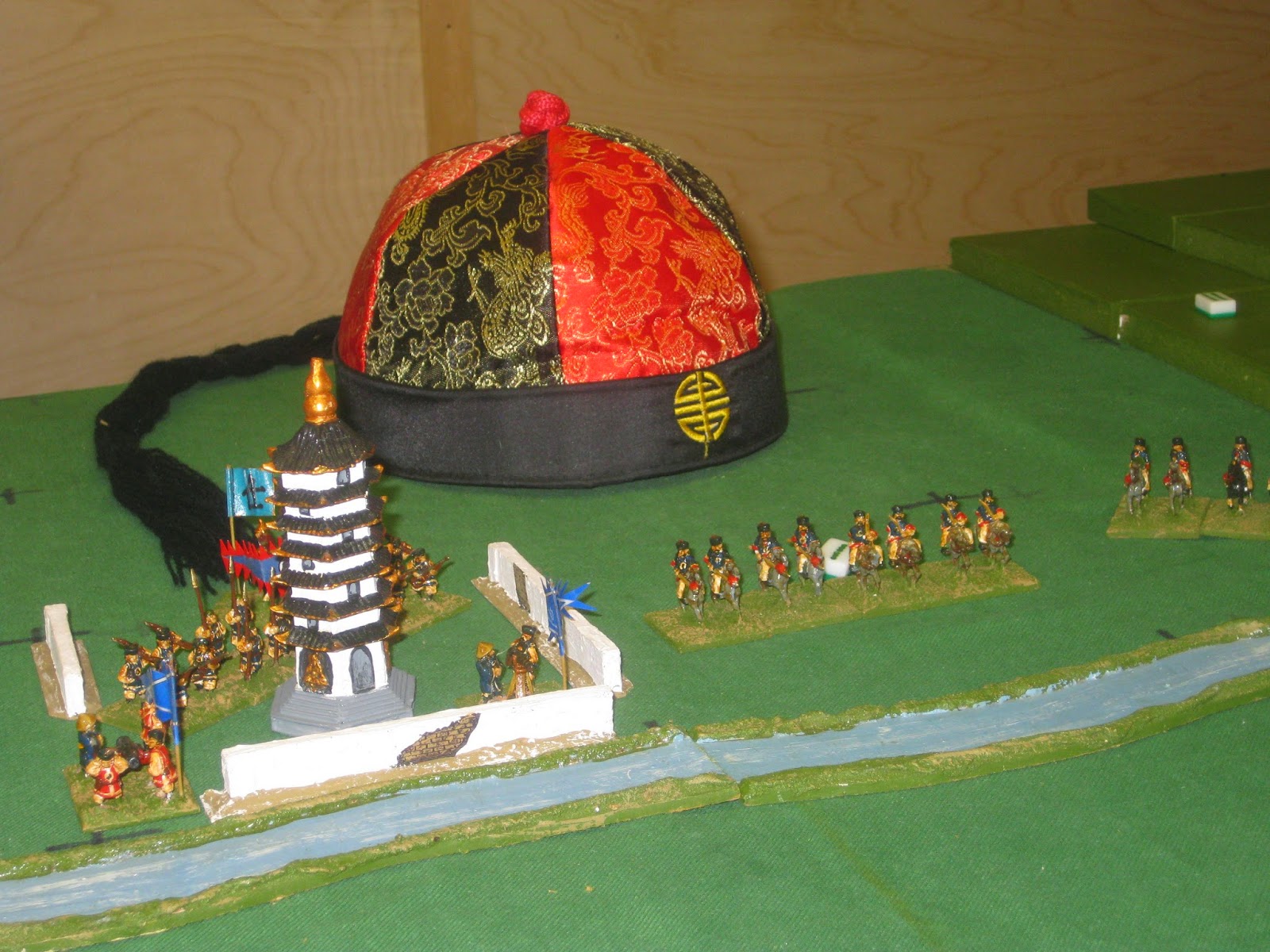 That was about it. When we finished, and the Mandarin hung up his hat, we were locked in combat with reasonable proportions of both sides heading for the base line.

"Taiping Era" continues to frustrate me with the way the mechanisms mesh together. What worked well when fighting Chinese v Europeans is working less well now. I still like the core process, but I had several other thoughts during the game about where changes need to be made.

So, not quite back to the drawing board, thankfully.
Posted by Trebian at 19:53