I’m having a bit of a Richard Brooks month.

Having gloried in the publication of my photgraphic work in his Osprey book on Lewes & Evesham I found myself last week using his Op14 rules for a Russian Civil War game. 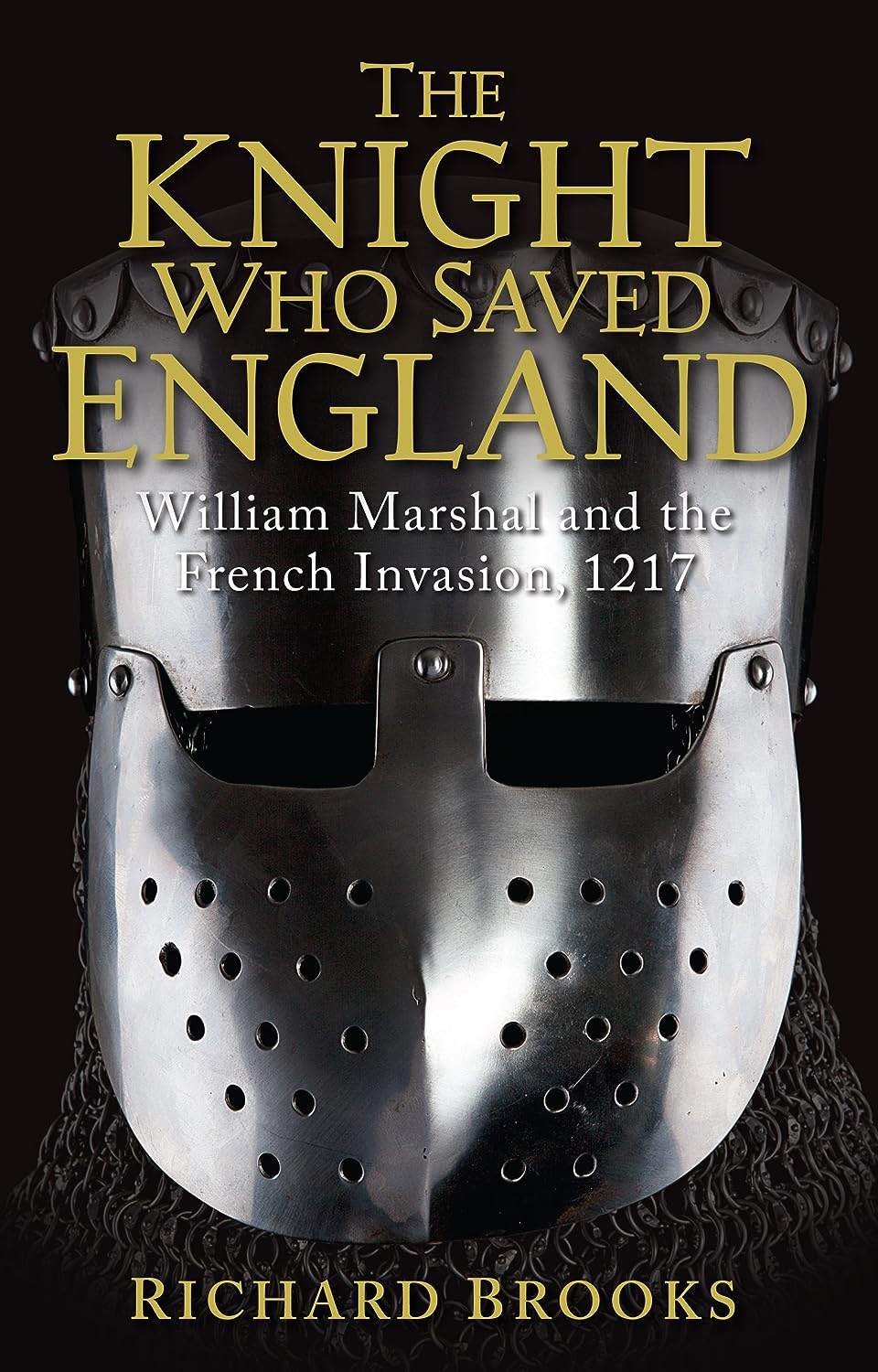 Because my every waking hour and action is tracked by Amazon they popped a recommendation for Richard’s book on William the Marshal into my in box. Normally I wouldn’t consider myself to be a medievalist so I hadn’t paid much attention to this work when it was published last year. However Amazon was offering the Kindle version for 99p*, so I was sorely tempted if only to give me a break from reading Anthony Trollope’s back catalogue on my daily commute.

First off I have to say that the Kindle isn’t the ideal medium for reading this type of book when you know that maps are going to be important. However I probably wouldn’t have read it all if it hadn’t been an Amazon offer.

Which would have been a shame.

The reign of King John and the other Angevin monarchs was in need of a bit of rehabilitation from my personal point of view. I studied it as part of my degree and failed to be gripped in the slightest. I’ve got essays on Matilda, Stephen and John stuck up in the attic somewhere and I read most of Holt’s books on John (“Magna Carta” and “The Northerners”) and also J H Round’s book “Geoffrey de Mandeville” so it’s not like I’m unversed in the period. As I said. Utterly failed to get interested in either the political or military aspects of any of it (although I did end up reading all the Brother Cadfael novels).

So I read “The Knight Who Saved England: William Marshal and the French Invasion, 1217” partly because a friend wrote it and partly because it was cheap. I have to say, however, that those were both the wrong reasons. I should have read it because it is an inspiring book about medieval warfare and a truly larger than life character.

It is more than just a biography of Marshal. There’s a lot of background that has to be got through in order to understand Marshal’s role in the French invasion. This has been a criticism in some of the Amazon reviews but as someone who hated the period and couldn’t get out of it quick enough you need to know this stuff to understand what is going on.

Right. Now, why should a wargamer buy and read this book? Well, as with the Lewes & Evesham book I wrote about a few weeks ago Richard isn’t just a writer of military history, he’s a wargamer as well. What this means is that when he writes about the military aspects of Marshal’s career he makes sure it makes sense from a wargamer's point of view as well. He’s interested in the mechanisms of how things work. He is concerned to get the numbers of troops right and the amount of ground they occupy. He is interested in the tactics used and how later military thought sheds light on the earlier, less well documented, period. A regular reference work quoted is the British Army field service manual from just before the outbreak of the First World War. If you want to know how fast people move on foot or on horse and how much road space they take up this is a really useful guide. It was prepared by people who had to do it for real and a horse in 1914 moves the same speed as a horse in 1214 and it takes up the same amount of room. It’s a great way of checking what the early writers say when they talk about distances covered and so on. Brooks isn't just taking the details in the sources and just trusting them. He's comparing them to a proper benchmark.

The book covers all of Marshal’s career, so there’s good stuff on tournaments as well as actual fighting, - chevauchees, raids, ambushes, sieges and battles. It has all of the material you need to work out how armies are organised and how they fight. Richard’s understanding of the period informs his medieval rules “Middle Age Spread” which are probably available on the internet somewhere for free, although they also appeared in MiniWargs in 2013. If you want to do re-fights these work really well, although it helps to like squares and playing cards in order to get the full enjoyment out of them,

In conclusion if you have an interest in medieval warfare you should buy and read this book. If you have a real interest, get the hardcopy. Those maps on the Kindle are rubbish.

*I just checked Amazon when I wrote this. It's back up to the normal price of £5.75. You can get the hardcopy for about £7 including postage if you shop around.