I took the opportunity over the Bank Holiday weekend to run through the next couple of turns solo. 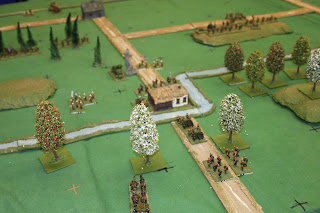 Untangling the problems at the river crossing on the left exercised me a little bit. I had to push units further forward than I would have liked and the lead unit supported by an armoured car took a bit of punishment from the Red battery on the hill, top right. 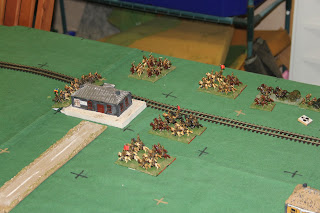 Around the station the main need was to form the White cavalry up as their flanking movement had left them a bit strung out and exposed. The Reds moved up quickly. The picture of them above is just before they are about to deploy. 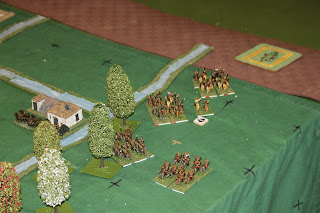 I then moved up the White right wing, starting with an outflanking movement with the cavalry. 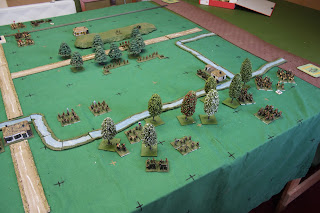 Here's a better view of the right as the infantry also cross the river. The Reds are hiding out in the wooded area. 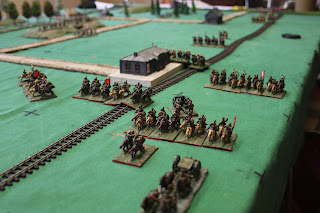 The Red cavalry have shaken out into attack formation and are set to overrun the White cavalry in the station.

The Reds took the station comfortably and threw the Whites back on their supports. Having got themselves strung out the White cavalry were a bit overwhelmed. They'll need to regroup and have another go in the next few turns.

There are four more turns left in the "day" and much work for the Whites to do. They're not badly set up but they need to develop the right wing quickly and find a solution to the Red infantry opposite their left. Perhaps the cavalry would be better used surrounding that position rather than hanging on to fight out the railway objective.