Update on my Cid-e project

Whilst it is the case that the Pacific War is the main event in the Trebian Wargaming World at the moment, I'm still finding time to move my Medieval Spanish along. Here's what I've painted since I last posted on the subject. 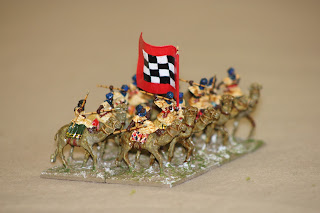 No real evidence that the Almoravids actually fought on camels, but you gotta have a unit of these, surely? The flag is probably a bit big, and the chequer  pattern should be smaller, but I'm pleased with the effect. These flags are done on tomato paste tube metal, not printed on paper, so the final look is down to my steady or not hand, not my ninja-like skills with Drawplus. 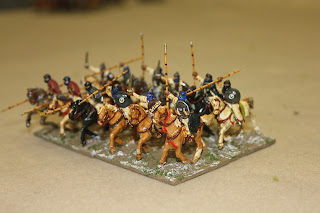 Next up Almoravid heavy cavalry. Probably need some banners of pennants to brighten them up. Nothing distracts from a dowdy paint job like colourful, fluttering loveliness. 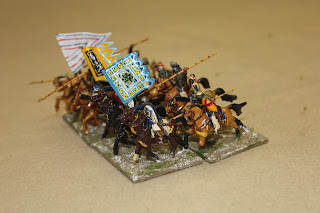 These are Andalusian Heavy Cavalry. I like these figures, and the picture doesn't really do them justice. An abundance of nice flags help out a lot. 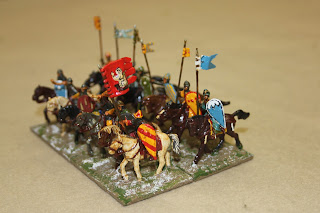 I've made a lot of progress on beefing up the Christian Heavy Cavalry. Adding in figures from the El Cid Spanish command box has bulked out the units, and I've also had time to paint up some of the sprues I got direct from Hat. 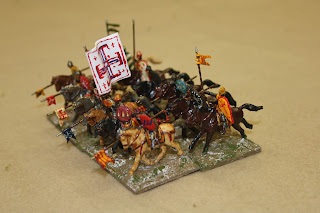 As you can see I now have two AMW sized Christian Heavy Cavalry/Knight units (must spend some time thinking about what an AMW medieval Spanish army looks like). Most of the lance pennons are home made. Some are cut off the plastic lances moulded onto the figures then re attached to metal weapons. 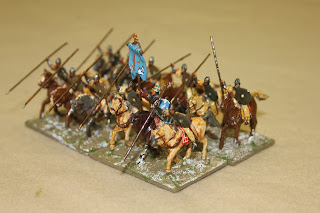 Now on to the Knights' less well endowed colleagues in the heavy cavalry area. These are some Caballeros Villanos, following behind their local church's Holy Banner. 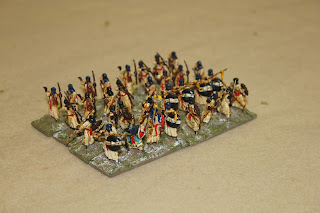 I put two units of Almoravid heavy infantry together for this shot. As with their mounted colleagues I think I'm a bit lacking in the flag area. I should be able to do something about that. 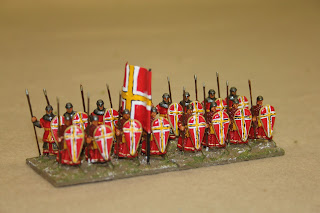 This unit of Spanish heavy infantry has no basis in fact, as far as I can tell. They're based on the infantry in the movie "El Cid". Well, sometimes you just have to, don't you? 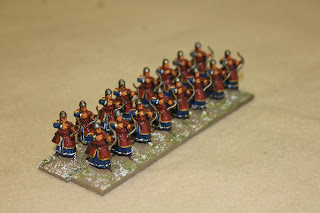 Massed heavy crossbows. I convinced myself I needed a unit of these, then when I'd finished them I wasn't so sure. Hmmm. 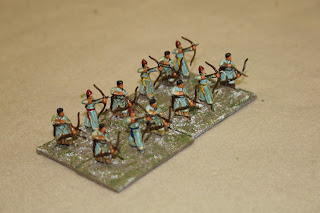 Spanish light infantry bows. I have a lot of bow-armed figures, and what I think I need is crossbowmen (the sources I've read always refer to cross bows when they write about military equipment, never just bows). 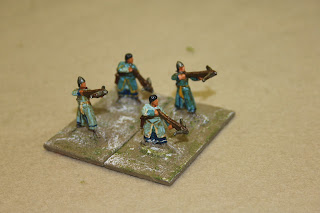 So...I found some metal 25mm light cross bows I bought about 25 or 30 years ago to give to some border horse but then changed my mind. The conversions aren't brilliant, but I'm still working on how to best adjust the arm positions, so a work in progress really.

There are some more Andalusian heavy foot on the painting desk at the moment, then I need to go back to Christian heavy cavalry. I may even think about rules at some point.