In the search for a ruleset for my Feudal Spanish and their contemporaries and enemies I was tempted in by the idea of Big Battle DBA3. 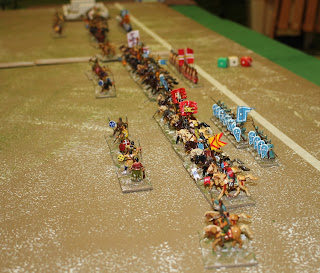 Actually I'm happy for any excuse to get these chaps out. Big Battle DBA gives you 36 bases on the table, that's more than a game of AMW. Here's the Spanish all lined up. Phil and Chris K got to play with them. 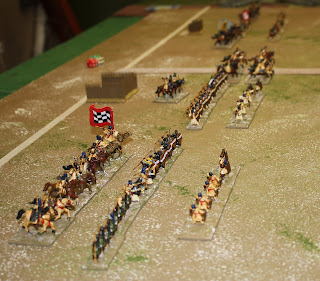 On the other side I had two Almoravid armies and one Andalusian allied army. Chris A and I had them. 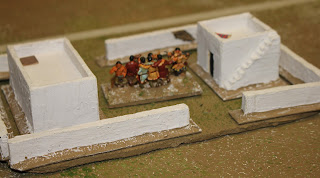 The new camp  followers occupied the BUA on the Spanish baseline. 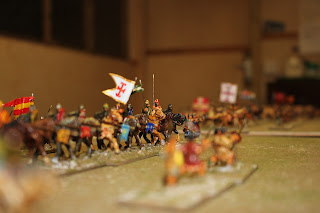 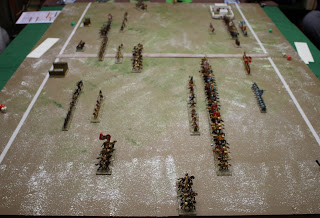 Spanish to the right, Arabs to the left. The Spanish cavalry does look a bit intimidating. 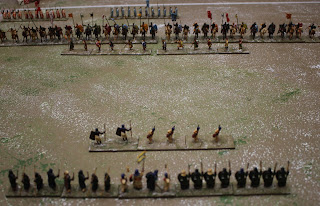 Yes. A whole wall of knights.

Out on my right I got into a tangle with the end of the line of knights, and went in too close. I was lucky in the first round of combat and didn't suffer any casualties, so I was able to encircle their left. 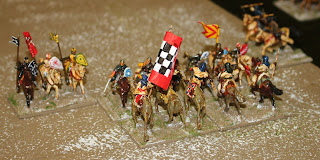 Not that it did me any good. I got bounced and my camels failed to make an impact. 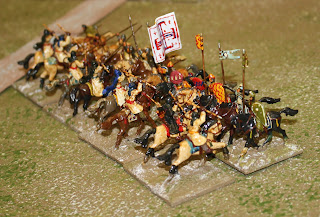 The Almoravid light cavalry got caught frontally by some Spanish Knights, lead by their contingent commander. 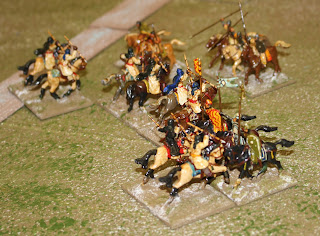 A complete disaster for the Spanish, including the death of their general as the accursed 1 made a significant showing. 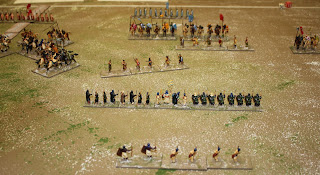 Elsewhere the Black Guards looked set to march across the board, sweeping all before them. 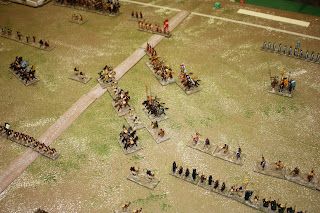 My opponent closed on my spears with his psiloi. I forgot I can't kill them. In the centre the cavalry battle starts to go against us. 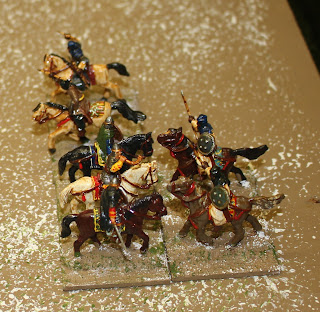 Out on our right flank we seem to be doing a bit better. 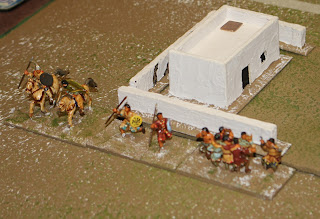 On our left the Spanish advance out of the town to tempt us in to attack. Will Chris fall for such a transparent tactic? See later on... 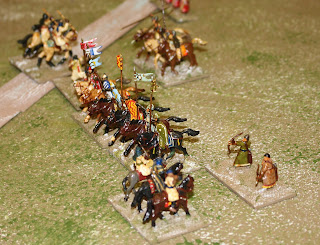 In the middle we were definitely on the wrong end of the cavalry action by now. 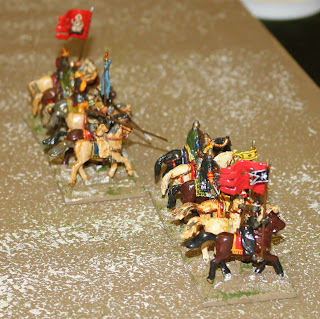 And extra knights swung the balance over on the right. 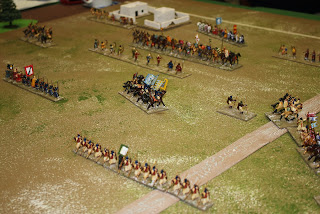 Both the Almoravid commands are demoralised by now, and so can't advance. Rubbish. 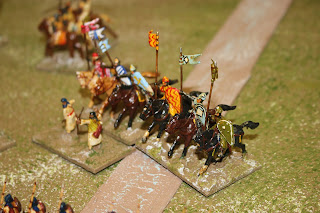 Our psiloi can't get out of the way and are run down. 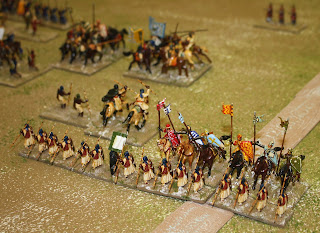 They even had the nerve to charge our spears frontally. 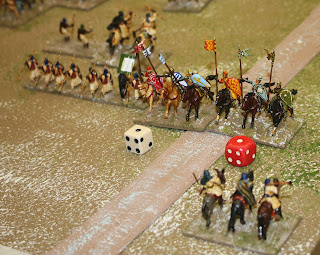 You can see now why I had the little rant about the number 1.

Chris did attack over on the left, and we got a bit strung out and eventually came to grief, with everything demoralised. Another win for the Reconquista.

It's a fun way of passing the evening, but there are issues as to whether it can support a four player game or not. It's not a bad simulation of medieval warfare but we really need to swap sides. I'm not a good light horse commander, so the arabs keep getting stuffed. It might be they have a rubbish army of course. I should probably have picked more camels. I also don't like the absence of Murabit heavy cavalry in the Almoravid army list, which looks like an error to me.

Still the toys are shiny.