Having downloaded the complete works of G A Henty to my Kindle recently I read some of his books whilst on holiday, including "In Time of Peril", his novel of the Indian Mutiny. This reminded me that once upon a time, many years ago, I once wrote a set of rules called "Sepoy" that were published by Partizan Press.

So why not wheel them out and have another go with them? It's only been 23 years since the publication, and probably over 20 years since we last played a game with them*. Plus they've never had a run out in Shedquarters. 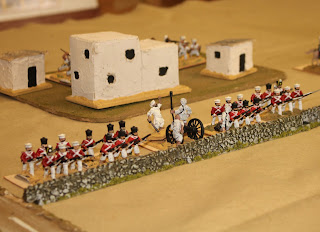 I put a load of Mutineers behind a wall on the edge of a village... 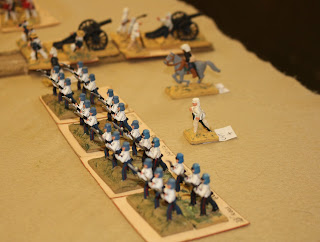 ...and set up some Madras Fusiliers and Sikhs to attack them. It all felt a little odd. I've been blogging for nearly 8 years now, so these chaps are all pre-"Wargaming for Grownups". Also, I have no pictures of what my games looked like as I didn't have a digital camera back then, so photographing a wargame was rare. 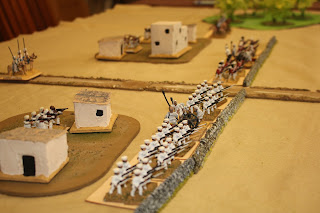 My mutineers dress in both Red and White. I had some Badmashes amongst the buildings too, and some artillery. 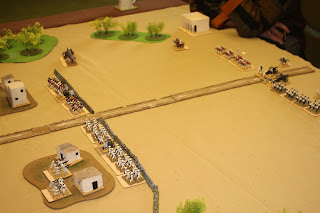 Phil & Chris K ran the Loyalist troops, I plumpired their opponents. I started off trying to flank them with my cavalry. I rolled fairly well for unit activations this turn, so I had a free hand. This was not to last 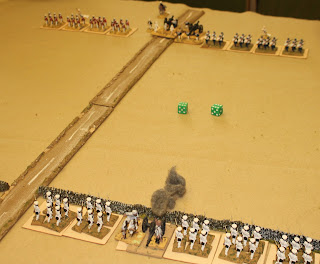 I also did well with my guns, rolling the first of many double sixes I produced in the evening. 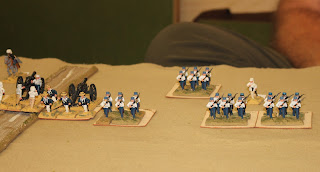 These hits forced some of the Madras boys back a bit. 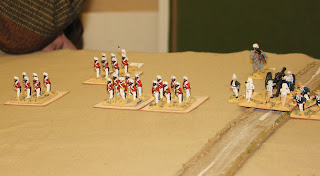 Did the same on the other flank, and shook up the Sikhs, too. 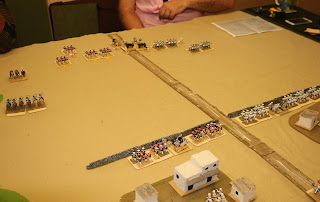 Next turn I launched a charge at the Loyalist horse, which was a bunch of civilians. 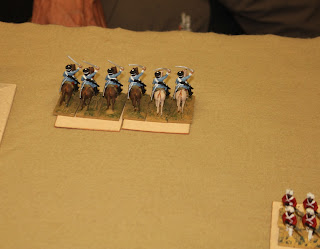 Outnumbered they turned and fled, pursued by by Sepoy horse. 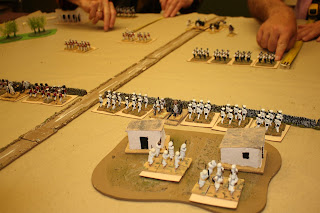 The Loyalists carried on their advance, but their fire was ineffective. 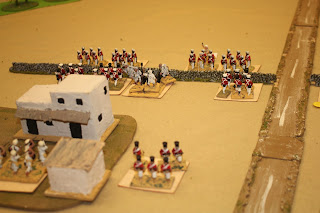 Finally the Sikhs got close enough to launch a bayonet charge, and went in with a vengeance. They count as Ferocious under the rules. 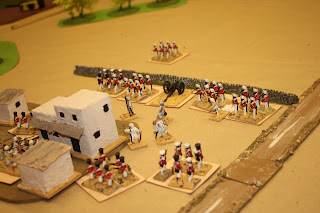 They drove the Sepoys back from the wall, breaking several units. 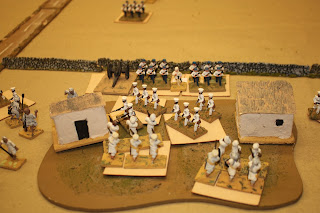 Then Phil got in amongst the Mutineers with his Fusiliers, and more Sepoys fled. 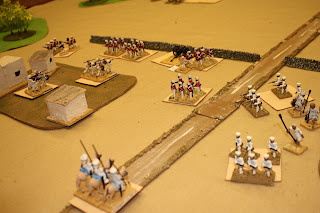 Soon it was all men to the rear, as the Mutineers turned and fled.... 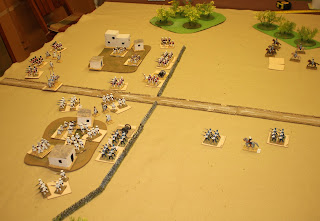 ...leaving the Loyalists in possession of the field. You can just see top right that my Native Cavalry also broke when the Civilian horse returned and charged them from behind.

The game went okay, - we had no Officer Incidents, which was a big disappointment. The rules slowly came back to me, but Phil & Chris had little memory of the system. They still work, although I suspect if I were to write them again I might take a slightly different approach and feel more confident about modifying the "File Leader" basic system.

But it was fun to see those Minifigs again.

* Long gaps between trying things out are not unusual. Phil had a 10mm Franco-Prussian War system that we trialled a couple of times. He's keen to give it another go. I'm pretty sure that the last time we played the game was when my son was in Infant school. He's now buying his own house.