Bet you wish you had one of these

So a few years back I built that nifty looking Chinese walled house puzzle thing. I wrote a blog about it which implied I'd never build one of those things ever again.

When we were in Malaysia we saw a Chinese handicraft and toy stall in an indoor market. The man had a selection of the wooden 3D puzzles, including a Hall of Supreme Harmony and THE GREAT WALL OF CHINA.

Okay, so no fighting took place up there during the periods I'm building armies for, but, come on. You gotta have one of those. Even if you've sworn never to build any of these ever again.

Well, he was out of stock, so I sulked and bought the Hall of Supreme Harmony instead. Alas, nice tho' it is, it isn't a real substitute for  THE GREAT WALL OF CHINA.

Well, it took a while, but I finally found one at an affordable price on the Alibaba website. Yes, I know that means the Chinese Government now knows everything about me and has installed spyware on my PC, but it's worth the price. 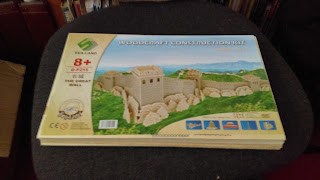 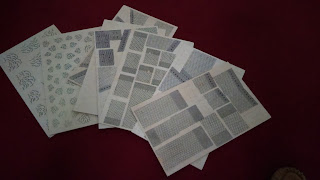 Just trying to decide if I want to pre-paint or stain it. I think I will for the bushes you cam make out round the base of the wall, as I reckon they'll have a wider use than just covering up the bottom.

Aren't you all jealous now?
Posted by Trebian at 14:59