Russian about, but no delighted Turks

After the epic battle that was Ipsus, Chris put out a quick Russo-Turkish War scenario. We've played a few of these games, using Neil Thomas' 19th century rules. This was a scenario based on a real campaign in Kurdish Turkey, I think, (or was it Turkish Kurdy?) and was very confusing. In essence it boiled down to this. There's Russians in a town besieged by the Turks and a column is trying to rescue them. In the final scenario the length of time it takes to force the defile gives the number of turns to capture the town.

I played the Russians. Chris started with the Turks as Phil had to go off to visit a sick relative. He came back for the end. 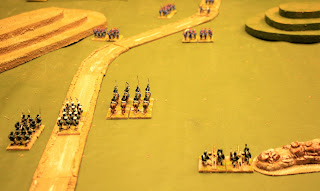 I had infantry and guns and some dragoons. 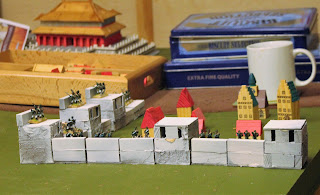 The town was in another corner of the table 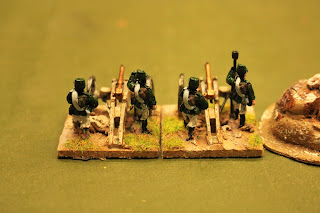 My guns were nice and shiny and bronze. 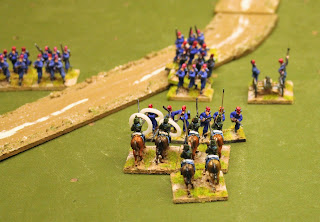 Having softened up the Turkish levy with devastating artillery fire I charged with my dragoons. What could possibly go wrong? 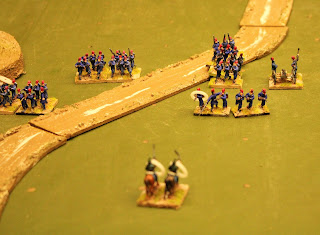 Losing the melee and being nearly wiped out, that's what. Curses. 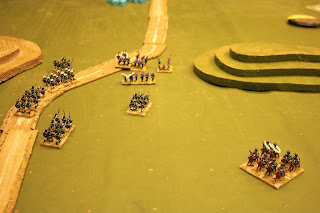 Just as I was doing a super job of forcing the defile with my infantry some Turkish dragoons turned up. They launched a charge at my guns. What could possibly go wrong? Again? 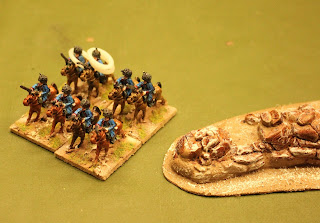 Well, hardly inflicting any hits and being overrun. That's what could go wrong. And it did. 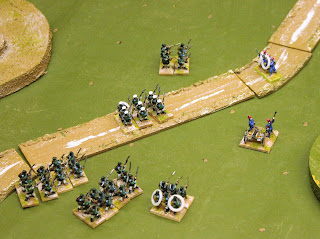 My infantry were doing great tho'. I am perfectly suited for Russian tactics. I can form column and march straight ahead. I'm good at that. I cleared that there defile good and proper. 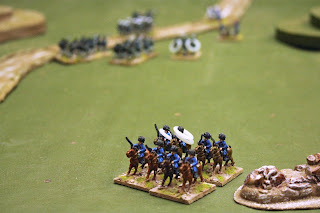 Of course I still had that pesky horse in my rear. 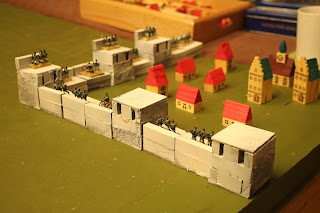 And it was still a long march to the town.

But I'm claiming a win

These games are always a lot of fun. I've written elsewhere as to why I wouldn't use Neil's rules for this period every week, but every so often they really hit the spot.
Posted by Trebian at 15:16