Trial and Error in the Desert

This Monday night game was not in Shedquarters, but over in Chris K's conservatory. Chris runs WW2 Operational Games under a constantly evolving system called "Not Quite Mechanised". We have spent many, many, many, years fighting the Eastern Front, but every so often we have a sojourn in the desert. This week we were at 2nd Alamein. 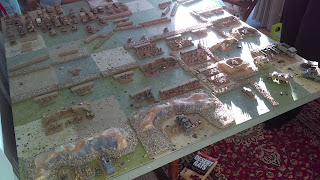 After much badgering by me and Phil Chris has finally accepted that NQM would benefit from moving to squares and accepting the discipline this would impose. 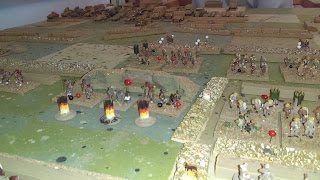 I missed the first half of the game a week or so ago so I took the Italian defenders. They were dug in behind minefields and stuff, so it looked like a good choice. 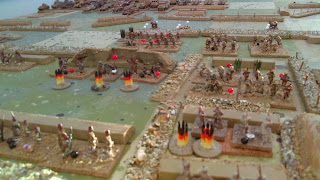 The British did have a lot of chaps, and a lot of artillery to boot. It was quite intense. 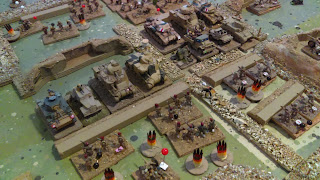 They also had a lot of armour. 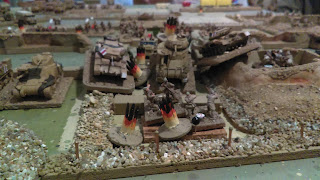 I got a bit overrun. 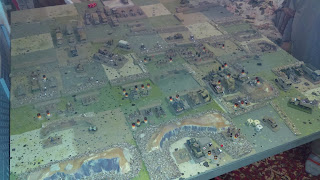 When we finished I had held on by the skin of my teeth, although I can't claim any credit for that. The game was really a play test of the squares and the challenges that the deep minefield warfare gives the designer. We reset and replayed several phases and turns to see what different results we would get.

I think Phil and I gave Chris a lot of good value feedback, and we are working towards a large, square based game some time over the summer, hopefully, when my SCW Italians will reappear in the desert. Chris' take on the evening is over here.
Posted by Trebian at 17:09

Email ThisBlogThis!Share to TwitterShare to FacebookShare to Pinterest
Labels: El Alamein, Not Quite Mechanised, NQM, wargaming