Last Monday Night Group meeting before COW (WD's "Conference of Wargamers", which meets 6-8 July this year). In accordance with our traditions we have switched our gaming night to Tuesday, which we are all more comfortable with. 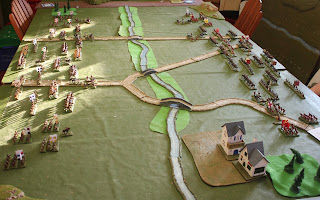 Will arrived first, and took the Anglo-Dutch, who are to the right. I started off with the French. This would be an interesting test as Will hasn't played "Va t'en guerre" since probably the first draft. 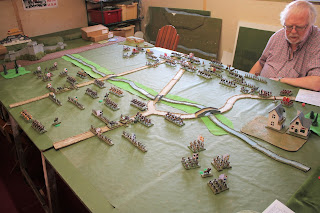 I won the initiative and surged forwards. You can see some green counters next to the command figures. These are a final rules change, which increases the sort of thing commanders can do but limits the way they can do them. 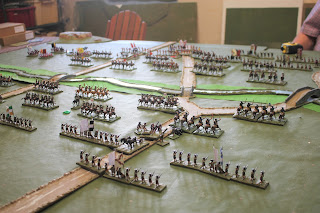 I just like taking pictures of my massed armies. 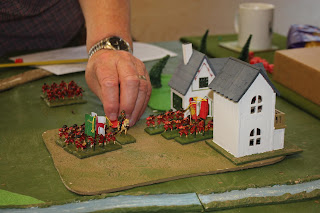 Will got to the village first. 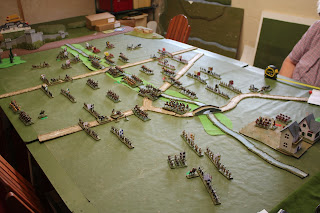 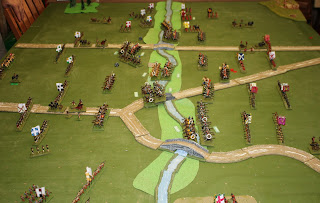 I did quite well, and for once the French had the upper hand. Phil then arrived to help out 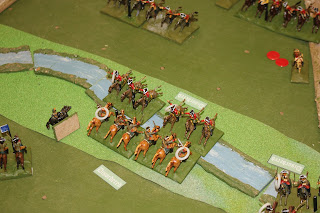 The French c-in-c intervened to save his centre from routing, and paid the ultimate price. 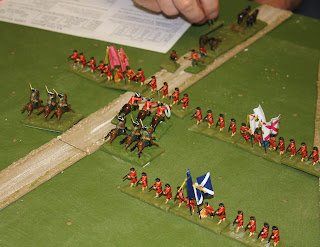 Chris K then turned up to help Will. He wasn't too impressed that his artillery got overrun by pursuing cavalry. He insisted on marching it off in good order. 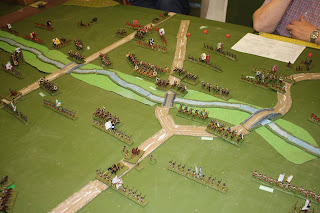 The centre opened up a bit as the various cavalry units either routed or recoiled. 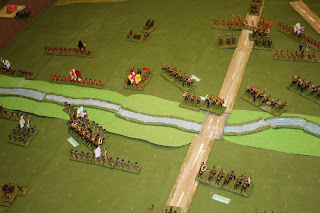 My attempt to overrun an infantry unit in column was frustrated when they formed square under the orders of a brigadier who was close by. Under previous versions of the rules this would not have been possible and they would have been overrun easily. My attempt to shoot my way in with pistols was a failure, and I got driven off by Anglo-Dutch cavalry. 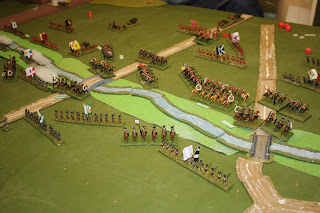 The infantry lines are forming up, and cavalry units are making the most of them to retire and reform. 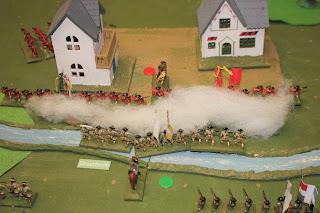 I tried to push into the village, and got greeted by hot fire.

We stopped it there, as Will & Chris had to go home. However, a satisfactory play test, and a bit of tightening up means I'm in a good place for the weekend.

Just need to pack all my boxes now.