A Trial in the Desert

After we did Hammerin' Iron II Gary & I had a quick visit to the Sudan. Gary has been reading a bit about the campaign and was keen to give it a go. He even made a rather nifty bust of General Gordon, that you can see lurking in the background of the previous blog posting. We only had a short time left of our game time, so I just threw some bits on the table, to give him and idea of how a game might work.

We used the "Redcoats in the Sudan" rules. I gave him a small brigade column and a couple of wagons, and said he had to march to the next oasis. I had a similar number of Mahdist rubs, concealed on the table. 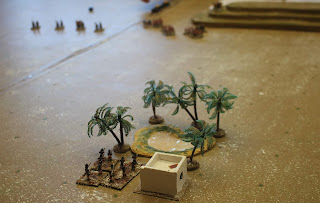 Here's one of my units camped out by the oasis. 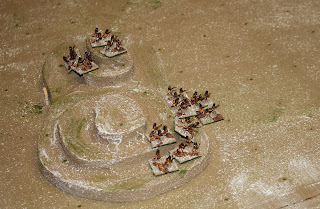 My Mahdists emerge over the hill top, and start the mad rush to overwhelm the British 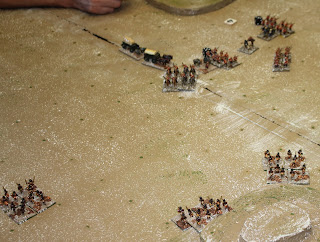 Gary starts to deploy his units into a form of perimeter, and pulls back his cavalry screen. I reckon with some half decent die rolls I'll be able to get round the side and cut up his wagons. 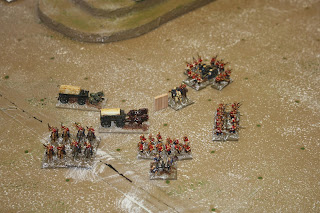 As you can see he has anchored his left flank with a square, and covered the right with his horse. 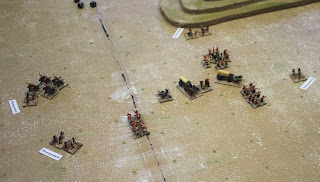 Having had a so-so run of luck in Hammerin' Iron it all came good in this game for him. Decent dice rolls for activation points then devastating rifle volleys. Didn't miss a single shot, and the screw guns were devastating too. 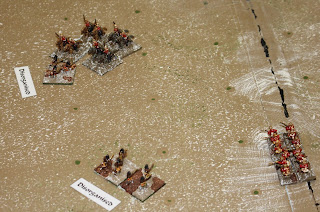 Even the cavalry had a day of glory, cutting up a disorganised half strength Mahdist rub. 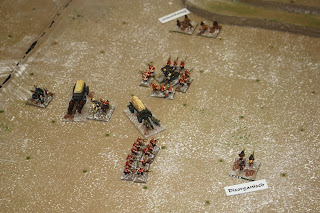 Which left my army completely broken and fleeing off the table in about 45 minutes.

I think Gary quite likes wargaming in the Sudan after that.

Email ThisBlogThis!Share to TwitterShare to FacebookShare to Pinterest
Labels: Mahdists, Redcoats and the Sudan, wargaming