Return to the Retro

Nearly three months ago I got out my 28mm Crusaders & Turks for a one-off skirmish game. Well, now they're back for another fast paced hackfest. 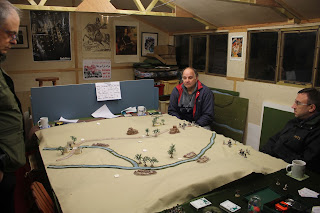 I have observed on previous occasions and in other publications that the important thing with skirmish games is the scenario and the narrative. There are a lot of issues with 1:1 wargaming to do with how much ground someone can cover in a given time, reaction speeds and how detailed combat need to be. There are so many issues with this that you really need a good story for the players so they overlook all the other stuff that in't really quite right.

For this game two parties of Hospitallers had to go up a river valley and rescue something or someone from the Turkish village. The Turks had to protect this, and drive off the crusaders. 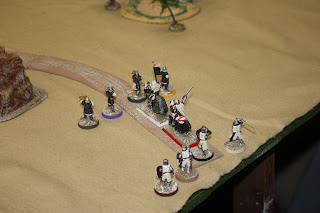 Here's Phil's party advancing carefully up the road, with a screen of crossbow men out front. 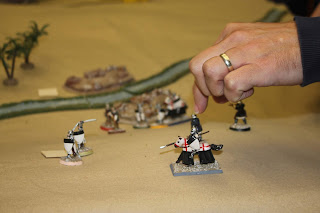 Tim had the other Crusaders and he took a wide sweep out right. 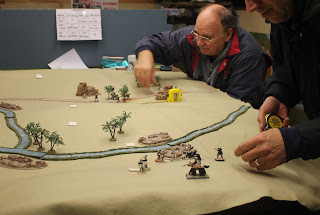 The cardboard markers are the potential locations of concealed Turks. 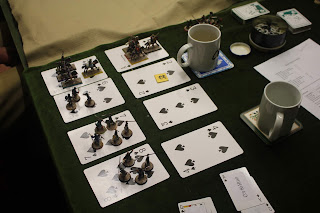 These are the Turks waiting to get on the board. The playing card numbers correspond with the markers on the table. 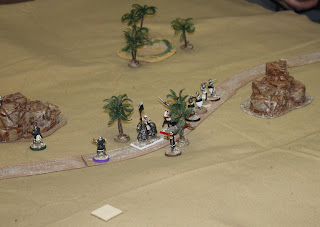 Phil's Crusaders are strung out along the road. 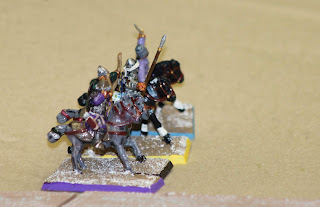 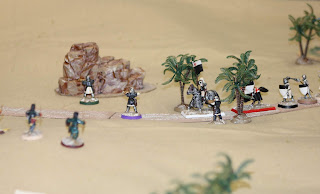 And then some short bow archers pop up and start to shoot at the Crusaders. 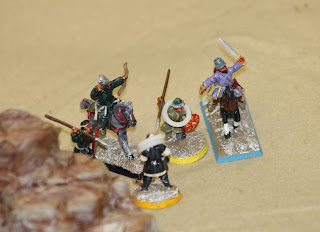 One of Phil's crossbowmen is ambushed, but he shoots the horse of one of his attackers first. The chap with the yellow base and hit ring should be mounted. 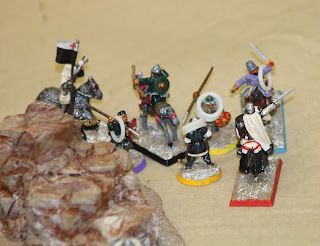 Phil counter attacks with his Mounted Knights. The results are mixed. 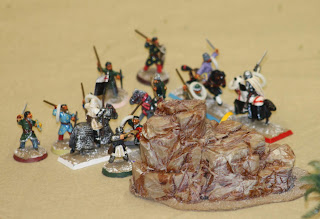 Then hordes of Turks emerge from hiding 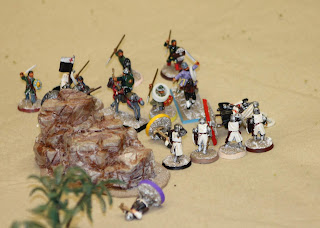 The Crusaders take some casualties, but their foot sergeants are fast approaching. 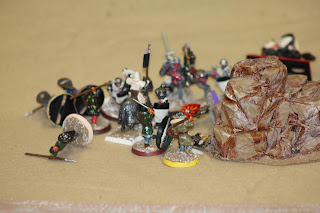 Several Turks go down under the Crusader's onslaught. 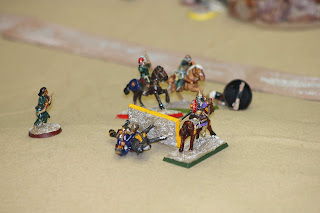 The Turks in the middle of the board are shot at by Tim's crossbowmen, who inflict some damage. 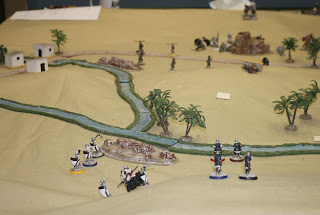 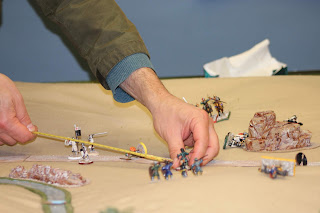 Having defeated the Turks by the rock, but at the cost of his last horse, Phil's men head to the village. Richard is rushing his Turks to cut them off. 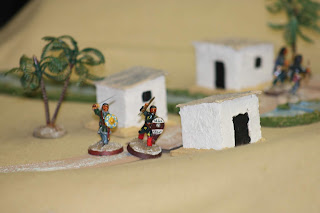 Some guards emerge in the village. You can't see it here, but Tim's men are quite close now. 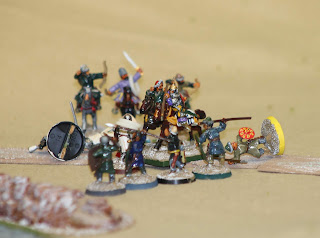 The final melee on the road ends with the last Knight going down under multiple stab wounds.

As Phil's force was now leaderless we ended it there, and had a chat about what we liked and didn't like. The Crusader armour is still too weak, and the archery is too effective. I don't like how I'm doing shooting, so that needs looking at. The mounted Turks were too effective in hand to hand combat.

Some of the changes since the last game worked okay, so I'm going in the right direction, but I don't want to over complicate things. I'm happy to have a few loose ends and manage the players with more umpire intervention.