What the Hell-ion is going on? 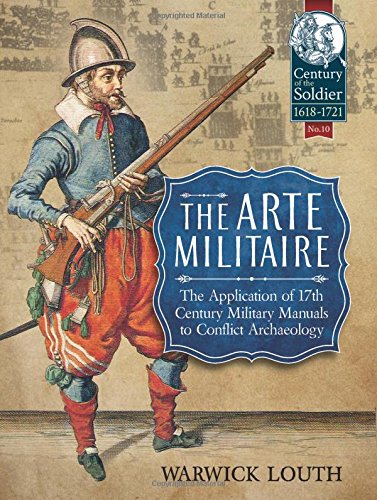 The Northamptonshire Battlefield Society was due to have Warwick Louth speak to us in January, but he couldn't make it for unforeseen reasons. Warwick is a battlefield archaeologist, wargamer and re-enactor who has published a book on how contemporary military manuals can shed light on battlefield archaeology.

Needless to say I was a bit disappointed, but no worries, I saw his book at a reasonable £15 on the Helion stand at Alumwell so snapped it up (its £20 on Amazon). I've at last got round to reading it which is super, as I've been looking forwards to it no end.

Let me say up front that this is an important book with lots of interesting stuff in it, and I am pleased to have read it and have a copy on my bookshelf. However.

The book is a publishing disgrace. Looking at the Acknowledgements in the front no one seems to have read the text and it is devoid, as far as I can see, of any editing or proof reading. No one has sense checked it or fed back on how readable it is. Now I don't mind a bit of academic language and I'm opposed to dumbing down, but the historian's duty is to communicate. The archaeological techno-babble and jargon make this quite hard to follow. This has been adapted from Warwick's Masters Dissertation and it shows, my does it show. Apart from sticking in a Glossary at the front there's been no attempt to explain what it all means to the lay man. Not good.

Then these's the proof reading. In the introduction from Dr Tony Pollard he says he's going to recommend this book to everyone on his curse. Yes, you read that correctly. Not "course", but "curse". There are no outright spelling mistakes, but other malapropisms do occur. Did you know that A H Burne developed "Independent Military Probability"? No. Neither did I. Punctuation is random or missing. There's an effective table where hyphens separating Subject and Detail are just missing. In another place we are told muskets fire in a range of 2050 yards. Really?Or is that 20-50 yards? 250 yards? Who the hell checked that page and thought that was right? Commas are missing or scattered like confetti so the sense of a sentence isn't always clear.

And then we have references to authors whose books aren't in foot notes or the bibliography. That's unforgivable in a work of any academic standing. The sequence of referring to something and then explaining what it is isn't always correct (eg mention something then explain what you meant three pages later). And what is Tranter's rule of marching? I think it might be referring to work done for mountaineering and hiking, based on a Google search (don't tell me, - that's not the point. It should be in the book).

I've got cross with the proof reading of Helion before, but not, I think, publicly on this blog, but this is on another level. This is an important book, and kudos to Helion for publishing it, but the result is a mess. Yes, it looks nice, but it's a disgrace to be selling a book this badly proof read and checked at £15, let alone £20. Could Warwick not have found anyone to read it for him? And where is the person telling him that it might make sense to him in his head but it doesn't to anyone who isn't.

Okay, so I'm making myself a hostage to fortune here as I have a self published book out soon, and I couldn't afford a professional editor (although a friend who is a literary agent read it, so that helped a lot). However, I did get several friends and acquaintances to read the pdf before hand with the brief "Does this make sense"? Some also provided typo corrections. Then I got a hard copy proof and went through it with a red pen, forcing myself to re-read every line, some out loud to make sure I wasn't glazing over. Then Mrs T went through it with a different coloured pen and explained to me where she didn't understand what I was saying*.

I have another worry. I have a friend and colleague who has a book for Helion in the final stages of production. I've read the complete draft and he has some issues with the text that I have described above, and I've gone back to him with an annotated file, although I'm not a professional proof reader or editor. He's been told that Helion are going to provide editing services. I hope they're better than what they did for Warwick, because his book is also very important, and the result of nearly a lifetime's work. I'd hate it to be marred in this way.

And I've got another Helion on my shelf to read, - the one on Montrose's Army. I almost dare not look at it.

Email ThisBlogThis!Share to TwitterShare to FacebookShare to Pinterest
Labels: Helion