...and then we did Romans

As the Taiping Rebellion game was drawing to a close, Phil arrived with his DBA Telamon armies, and Will. It was good to see Will for what was probably his first Shedquarters visit of the year. 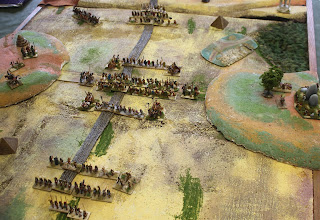 If the board looks familiar it's because it's the one Phil uses for Zama and Pharsalus, but with added hills. 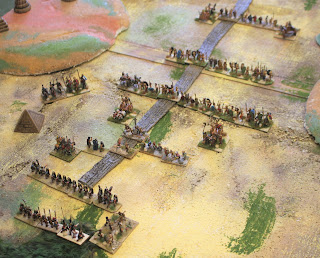 I was the Gauls. John had the Romans at the bottom of the picture, and Will, as Regulus, was at the top. In common with Phil's other games of this type, each side consists of two DBA armies, an engagement army and a main force army. You fight until one engagement army is broken, then both are removed. The difference in elements is added to the victor's main force army. Yes, it sounds a bit odd, but it works. 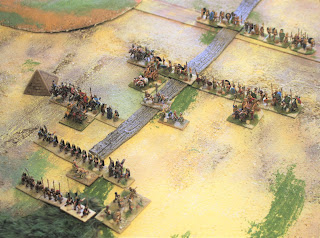 My plan was to leave a Gaesati holding force facing Will, and throw everything else at John to create a breakout from the encirclement. After my first turn setting this up, Phil told me that wasn't in the spirit of the game. So I stopped. BTW those chariots count as war wagons in this scenario.

Most of the action was at John's end of the table, as Will was more circumspect in his approach (he later claimed it was so our visitor could have all of the fun). 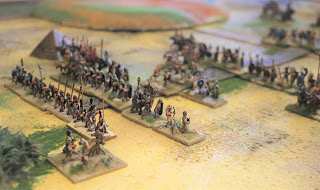 I had a bad run of PIPs, so my army sort of started to break up a bit. 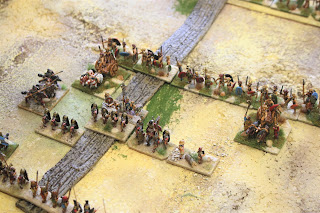 And I lost most of the combats, too. 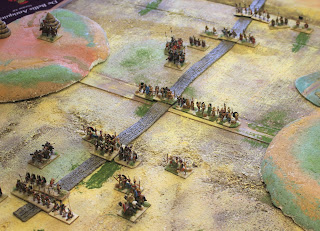 Eventually, once Will got involved, my Gaesati engagement army was broken, but luckily enough I only gave away a one element advantage. 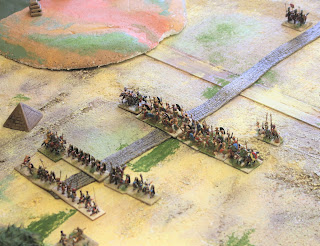 So we reset for the second phase, and I put my Warbands in double depth to get the +1 in combat. 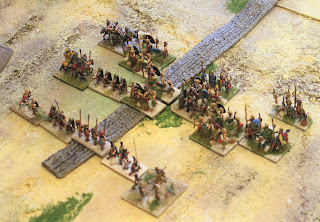 And then it was all over quickly. in a series of stunning engagements, handled with tactical genius rarely seen in a Gaulish leader*, I smashed the Roman line in double quick time, and came out winner, breaking through the Roman lines to freedom. 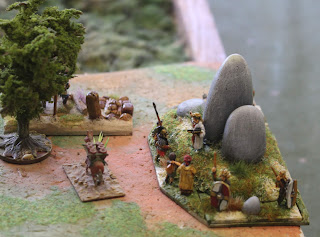 And my camp gave praise for the Victory. 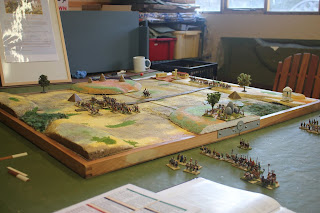 And it all ended happily ever after. For me.

There'll be a more detailed write up over on Ancients on the Move, when Phil gets back from the Battlefield Trust AGM and has time to edit his pictures and get his thoughts together.


* I rolled lots of good combat dice. Who needs PIPs?
Posted by Trebian at 12:13