Richard gave us another game in his RCW skirmish campaign. Infected with the Shedquarters disease he had also decided to write/modify his own rules for the game. 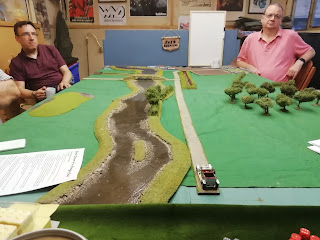 The games are linked. The evil Russian commissar with the Princess is trying to escape in a stolen Rolls Royce across the river. The bridge is guarded by the Red Army, which is simultaneously being attacked by the Czech Legion. 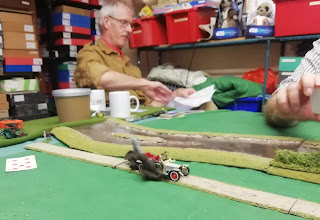 The Roller is having problems as it got a bit shot up in previous games. It's leaking oil and smoking a bit. 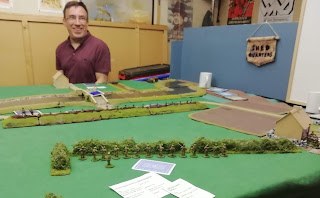 Tim is really confident he has the bridge sewn up. 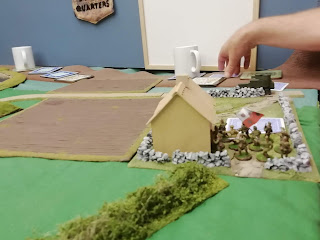 However, Steve is bringing up an armoured car, and massing dismounted cavalry to make an assault on the trench. 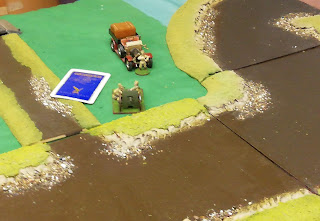 Oh-o. The Reds have brought up a field gun. 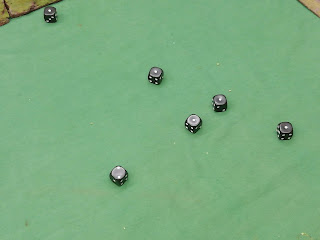 The White shooting did suffer from not being very good at times. 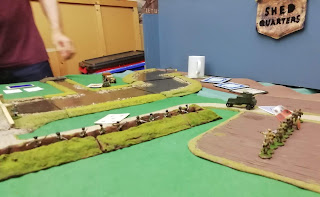 Supported by the Armoured Car, the Czechs mercilessly exploit the game system to charge the trench line. Alas, what seemed like a brilliant move failed due to not having enough move distance to get in next turn without being shot at. 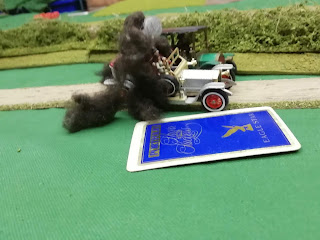 The British agents pull alongside the smoking Rolls, and prepare to board it. 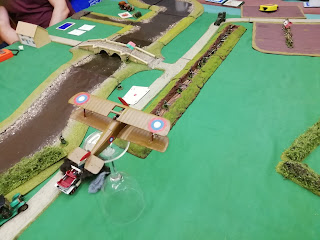 The airforce turns up, and lines up a straffing run in the trench. Sloppy construction, you see. No returns. 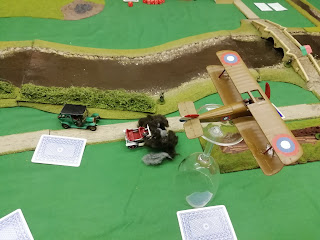 The Rolls has pulled away from the agent's card, but they are in pursuit. 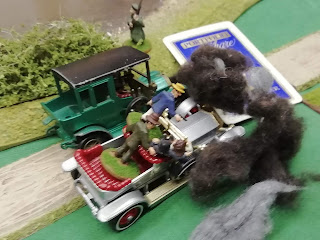 Then the British Agents are aboard, without losing their tit-fers. 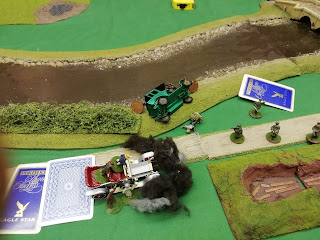 Their own vehicle careers off the road under a hail of bullets and crashes. 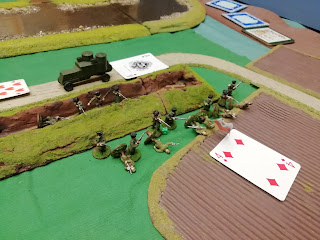 The Czechs get mown down on the parapet. As one of the players has since remarked, the armoured car seems to be armed with water pistols. 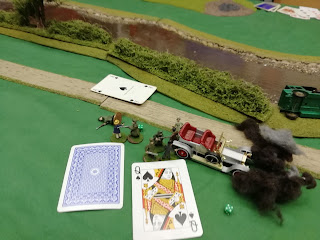 The Rolls breaks down, and everyone is outside, engaged in fisticuffs. Rules need a bit of work here. 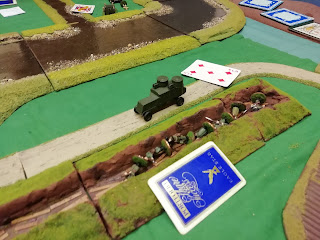 Everyone in the trench goes to ground, despite the ineffectiveness of the armoured car.

I think the Reds just escaped with the Princess, and the Whites failed to seize the crossing, so a win for the Comrades. Much fun all round, with lots of action.

No doubt Richard will be back in the near future with further developments.