The first game of September went back to some older rules. Partly this was down to chronic lack of planning again, and partly because I promised the West Country Richard that I'd run a session at the SOA Conference, and this is the best set of ancient rules I've done. So time for a refresh.

Of course, having not thought things through properly I set up a game with too much terrain, too many toys and too many units in the wrong place (like all of Dave's archers opposite a wood he couldn't shoot over or through). 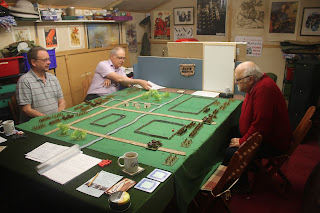 Steve and Richard were to the left, Dave, soon to be joined by Phil, were to the right. Only Phil had really played these rules before, and he wasn't entirely sure how they worked. Neither was I. 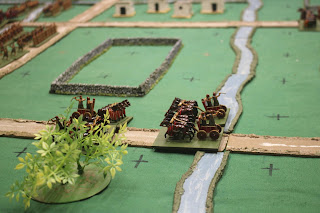 We commenced with some cart on cart action as neither side was prepared to back down. 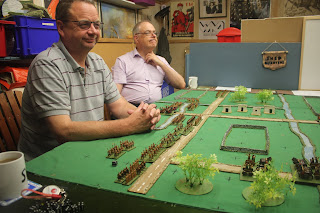 Steve and Richard are looking pretty confident. This was well merited as Steve turned out to be on a demon dice rolling run. 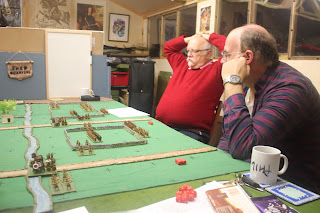 Dave & Phil might well look concerned. Phil's carts, near the camera, are already the worse for wear, and Dave is being shot up by Richard's skirmishers. 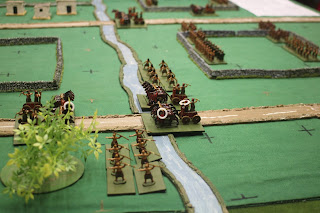 The battle carts near the camera line up again for some more action. 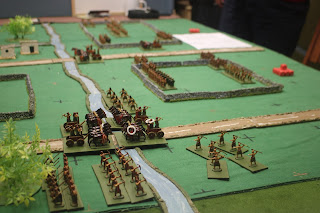 Steve has been able to bring forwards some heavier foot to support his carts, driving back Phil's skirmishers. 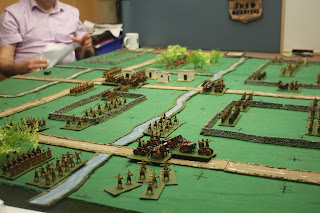 Phil's carts have lost a base and are being driven backwards. 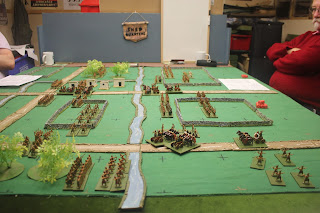 Another hard fighting round leaves Steve with a melee win, but his troops are a little disconcerted by their inability to see their opponents off completely. 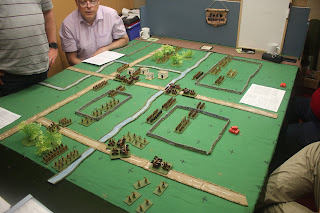 Richard leans over and offers advice. Phil points out Steve is doing quite well enough on his own, thank you, especially as his random number cubes are dancing to his tune. 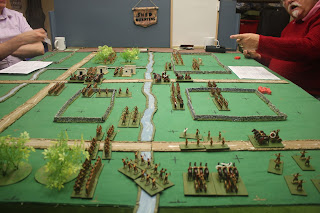 Phil has outfoxed Steve, however, and a flank attack by his skirmishers inflict hits and knock the carts off the road. 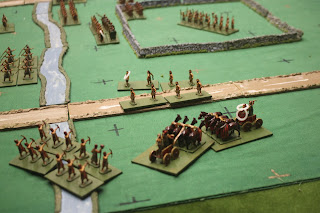 Phil is then able to charge in again, and inflict enough hits to cause a base loss. This melee then bogs down for a long, long, time. 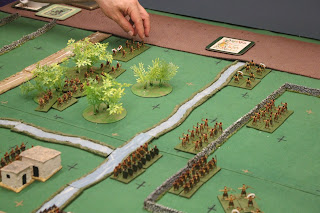 What's going on elsewhere? Well Dave is pressing forwards, but he can't get at the troops in the woods. 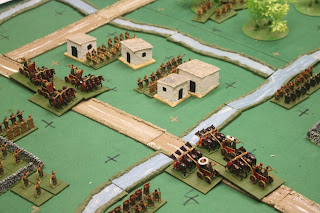 Plus Richard has occupied the town, and brought up his carts in support. Steve's skirmishers have also inflicted damage on Dave's carts. 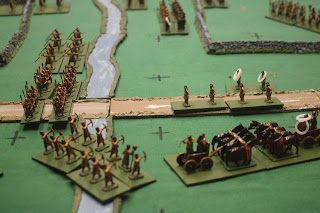 Steve is now pressing hard on his flank, but can't break Phil's carts. 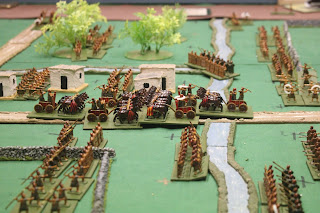 There's then a big collision in the centre, as the carts, led by their respective generals can't hold back any longer. 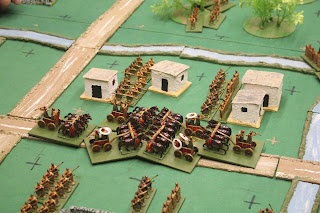 Dave takes more hits, but imposes his authority on his opponents who are intimidated by his aggressive style. 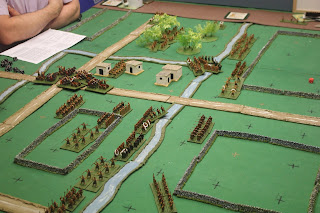 Richard's chariots are driven back hard, tumbling towards his base line. 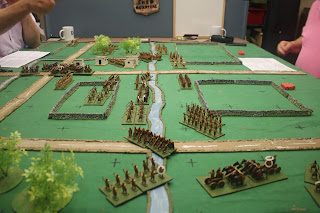 Back near the camera the heavy infantry are facing off. The opposing battle carts commanders discuss the relative advantages of their equids. 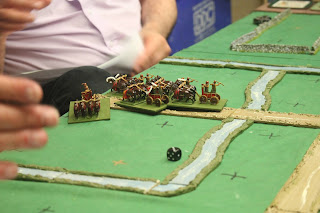 Richard's carts lose again, and are chased to the edge of the board. Miraculously his "Lugal" (Big Man or General) survives. 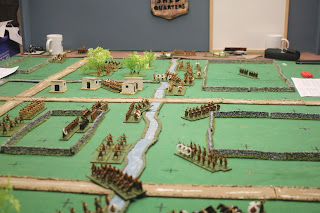 Phil's foot take a hammering. In the background Dave attacks the village. 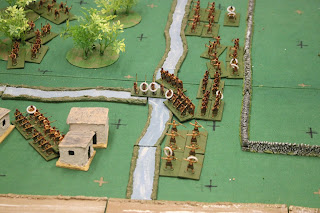 Dave's assault is thrown back. 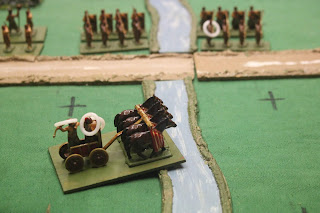 Steve finally prevails over Phil's last cart. It has been a long slog. 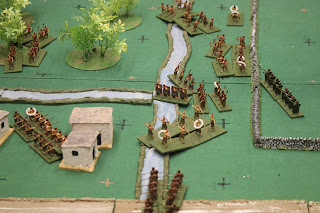 Dave is being pushed back as well. 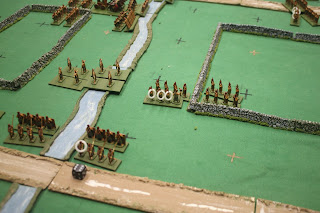 Steve is starting to close down this flank. In his confusion, however, he orders a charge on the rear of one of his own units before Phil points out the error of his ways. Ah, we have missed this sort of thing since Ian left us. 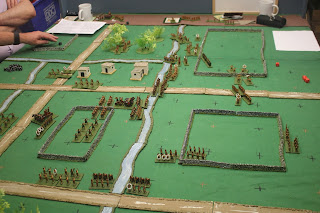 Not concluded by any means, but Dave & Phil are out of options. Dave's victorious carts are isolated, having over reached themselves and outrunning their support. Elsewhere, it is hard to see where they might make a breakthrough.

A lot of things wrong with this game, most of which I gave above. The mechanisms have some holes, - there was obviously a thing or two that were so obvious I never wrote them down. And I've never had such a prolonged drawn melee. And we had a whole run of 1:6 dice rolls on Fear Tests, which gave some curious outcomes.

Still, it was good to be back in Mesopotamia. I love those carts.

(I wrote this two weeks ago, and forgot to post it as I was off on holiday)

Email ThisBlogThis!Share to TwitterShare to FacebookShare to Pinterest
Labels: plastic soldiers, Sumerians, To Ur is Human, wargaming