Time again for our local show, Hereward at The Cresset in Peterborough. It's a really good middle sized show, with an excellent atmosphere, a friendly set of organisers and a good mix of traders and participation games. 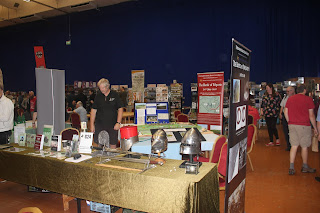 We were there with Edgcote 28mm, having succeeded in getting both the show stand and three people plus the Edgcote game into my car. A notable feat. 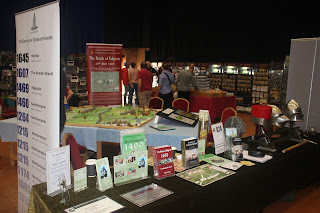 We were able to do this partly by leaving Northampton 1460 behind, but that's had a good run over the last few years, so time for it to be given a rest. 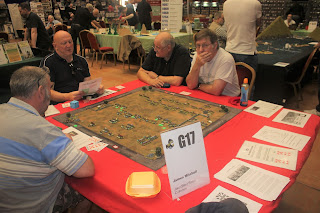 After rushing around and picking up some more bargains (mdf buildings from the bring & buy/table top sale area), I had a quick look at the games on offer. I really like this 6mm Culloden, which I'd have loved to have had a go at. 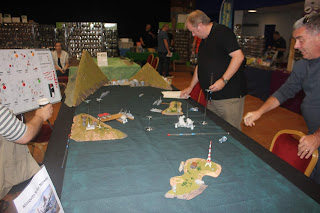 This mosquito attack game up a fiord was imaginative. 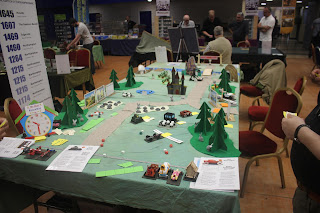 Next to us were the Great Yarmouth boys, with a Wacky Races game. 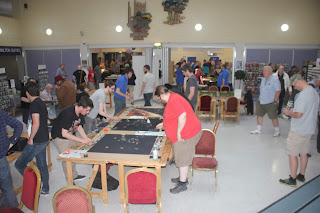 In the other room there was some type of sci-fi competition going on, I think. 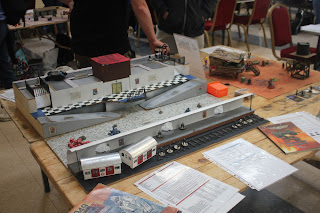 This was some dystopian future shoot out in the Underground. 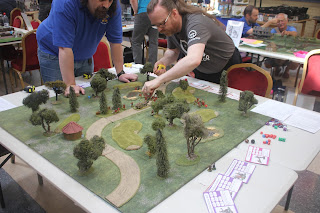 These two guys were developing a generic medieval skirmish game, but were using a Game of Thrones scenario as a hook to get the punters in. One of them was a bit of an obsessive. Don't get involved in the Lannister chat if you aren't interested. 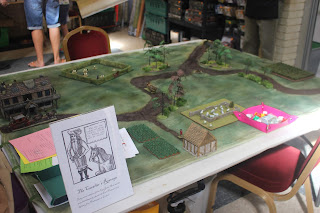 Next to them was a Cavalier highway robbery game. 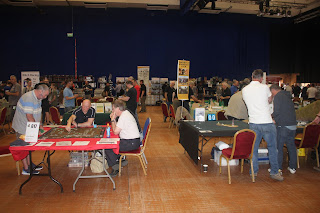 See, it looks like a proper show, not some soulless event in an aircraft hanger. 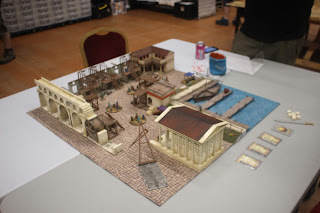 Nice looking Gangs of Rome game. But that's the point with these 28mm skirmish games. If they don't look nice, why bother? 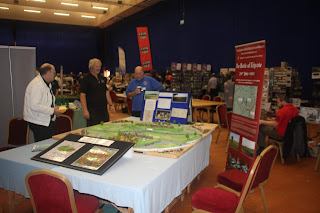 We were never overwhelmed but always had some one to talk to, so quality over quantity. 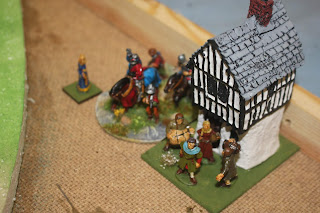 Here's my Banbury barmaid vignette. It probably needs the basing re-doing to match the other figures. 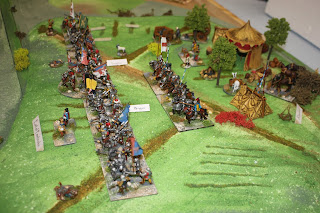 We played the game through once, and got a Redesdale win. 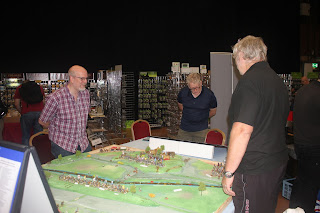 And people said nice things about the set up, and a few people bought my book. So, not bad for a Sunday, all things considered.