Romans in the West

Oh look! It's that time again. Yes, it is time for our quarterly catch up with our wargaming friend from the West Country. 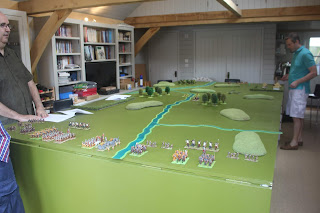 Richard (for that is he) has been tinkering around with a march encounter battle for Romans in Britain about the time of the Boudicca revolt. This game was a try out ahead of a Society of Ancients conference session, and he was using Peter Gilder's Sudan Pony Wars variant as a skeleton to run the game. We were all Romans (Phil, Chris A, Gary & me), with the Britons run by the umpire & reaction tests. We nominated Phil as our overall commander 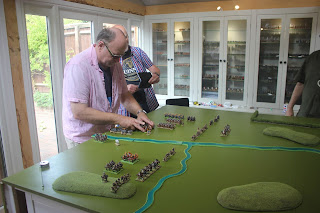 He deployed us and gave us our orders. I had the right wing/advance guard. Mostly cavalry and archers. 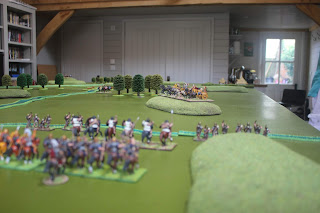 It's a big table. It looked like a long march. 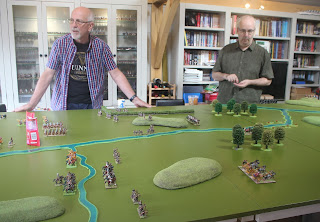 Gary is still new to some of this. Phil told him to hug the river line and use it as a flank guard. Then a packet of Skittles appeared. 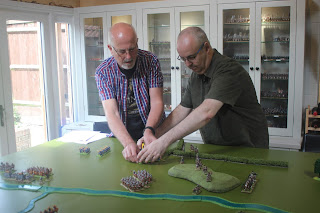 The figures are mostly individually based, so Chris helped Gary out with his movement. 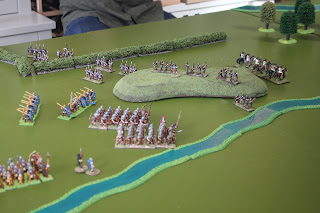 Gary has been ordered to cross the river with his legionaries. 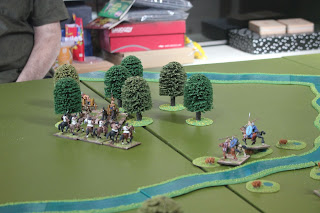 Chris sends some Numidian cavalry into the woods, and discovers some Britons. 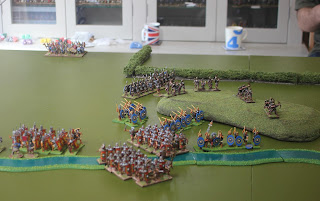 Oh no! A warband has appeared in our rear. A covering force of Auxilia are faced about to keep them at bay whilst the legionaries cross the river. 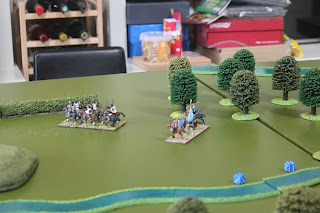 Chris' Numidians are bested in the fight, and make a hasty withdrawal. 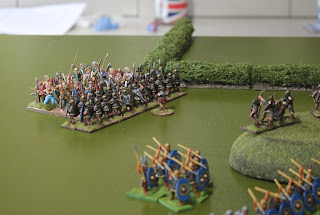 The warband engage the Auxilia. To be honest, Chris makes a real pig's ear of his dice rolling. This will not end well for us. 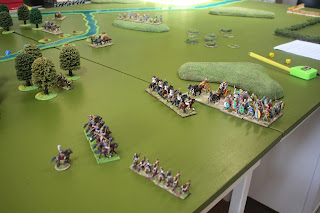 Meanwhile I am facing off some chariots and warband, my archers causing large amounts of damage (we suspected at this point that Richard might need to adjust the firing factors a bit.) My Numidians are showering the chariots with javelins. 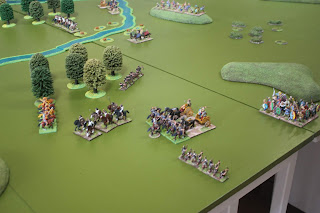 Having provoked the chariots to charge, I then evaded the Numdians out of the way, and counter charged with my Auxilia cavalry. 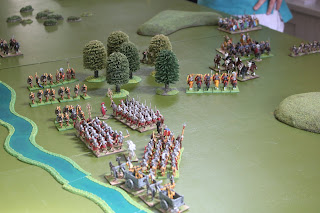 Gary has now got all of his cohorts across the river. 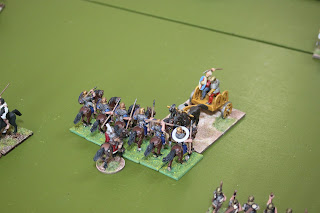 I'm winning against the chariots. 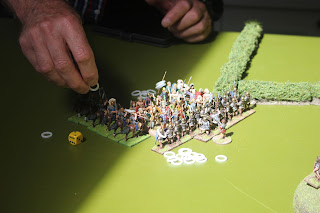 On Chris' flank it isn't going well for the Auxilia. They're taking heavy losses, despite Phil committing the reserve cavalry. 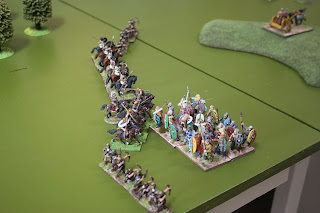 Having seen off the chariots, time to deal with the warband on my flank. 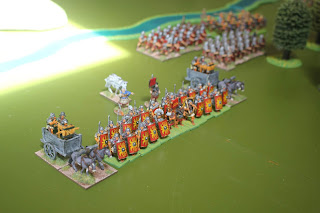 To cover the advancing columns, one of the cohorts deployed, flanked by cart based bolt throwers. 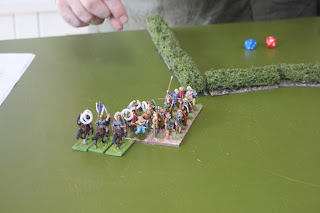 Over on Chris' flank nearly everyone is dead. 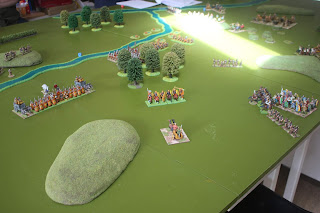 More British chariots arrived in my rear, but I about faced my archers and shot them up. 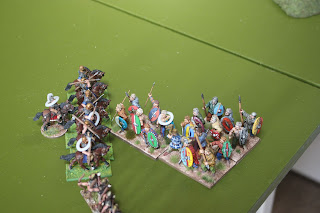 I was also making good progress with the warband I faced.

By this point we'd been playing for 3 - 4 hours, and we'd blunted the Briton threat, without achieving our objectives. Richard reckoned we'd got enough out of the game, and anyway he was encroaching on the time allocated for our next piece of entertainment.

This was a nice concept and sort of almost worked. We had a long discussion about it later on over dinner, and I think Richard will do a major re-think and has asked for some input. I think that "Science v Pluck" would be a better model for the scenario, so that might provide us both with some food for thought.
Posted by Trebian at 15:57