There's something fishy going on.

After our Roman adventures we headed for modern times and the far north. Chris had a new game. The Cod Wars of the 1970s, between the UK & Iceland. Gosh. That brought back distant memories.

You did read that right. David Manley has published a set of rules/guide, and Shapeways have made the ships. 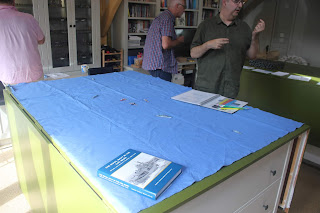 It took a while for Chris to lay out the terrain. No, only kidding. He took the time cutting out the turning circles. 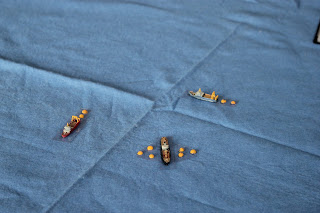 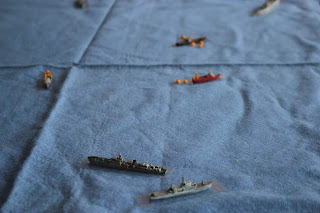 That's me near the bottom of the picture looping round the back of Phil's Leander class frigate at close to full speed. 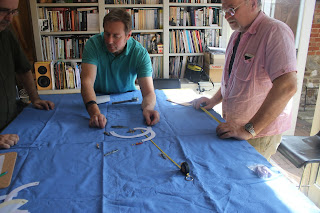 Here's fellow Icelander Richard trying to line up a trawler. This was by no means easy. 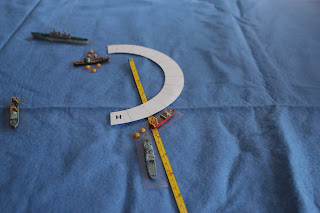 Having said that, I played a blinder, which was a surprise. I'm usually completely useless at Naval Games and getting the turning right, when you have to write it down beforehand. This picture shows me cutting straight across the bows in perfect position to cut the net as the trawler tries to turn away. 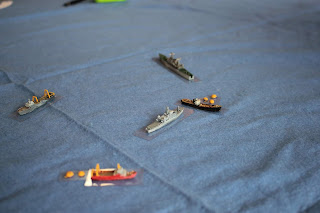 Unluckily I failed the cutting roll, no worries. My trajectory lined me up with the next trawler. 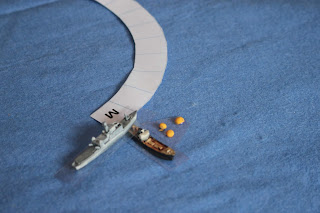 I got her side newts as I rushed past, also ramming her stern and causing loads of damage. 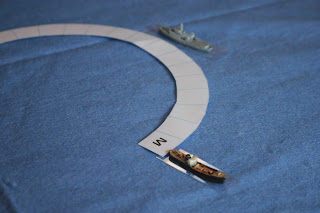 Ripped away the other nets as I turned past her. 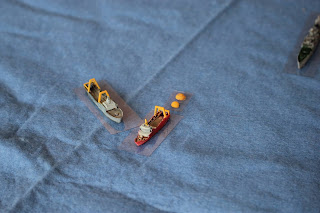 Richard succeeded in lining up a ram on the first vessel I had a go at. 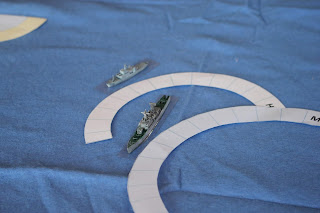 And here's me running rings round the Leander. 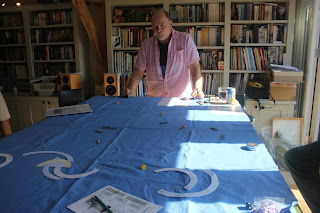 Phil is quite rightly looking very perplexed. The RN have a really tough job. 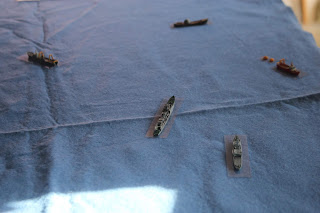 This is quite close to the end of the game. The last trawler is hauling in her nets and all are heading for home. I lined up a final charge and rammed her. Can't recall if I got the nets, - I think I did.

So, a win for the Icelanders. This is a very tricky game for the RN & the trawlers, and they probably needed to be more aggressive. We were told that if you sank an opposing ship you lost, and we were all a bit shy of full on full speed ramming. However, the vessels were tougher than we thought, and probably most of us could have been more aggressive. Except me. I had aggression turned up to 11.

A very interesting game, with a lot of food for thought. Chris wants to get away from writing orders, and was talking about using the movable hexes like in Hammering Iron II. I think full hex grid is best avoided as it makes lining up attack runs too easy. Chris was also keen on the campaign game in the rules, which hopefully we will try in the future.