Having committed myself to publishing and taking the rules to the SoA Conference, I really needed to nail down the most recent changes with a bit of playtesting. 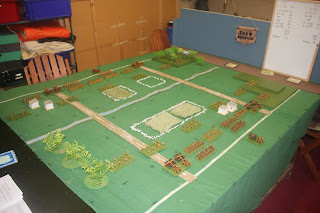 Dave and Richard turned up for the start. Dave took the army to the right. You can see on the white board, just about, the points values of the armies from my new points scheme. 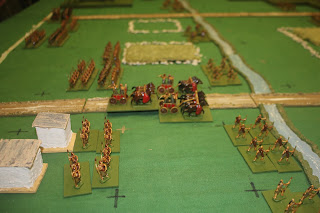 Both players were a bit cagey at the start, sending forwards their light infantry to skirmish with their opponents. Dave was very successful at this. 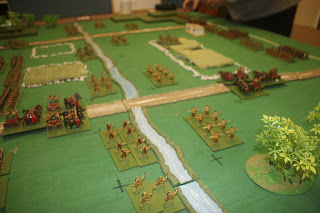 Dave moved his battle carts up 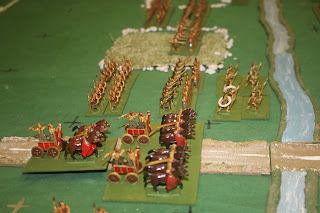 Richard held back, unwilling to chance a 50/50 outcome. 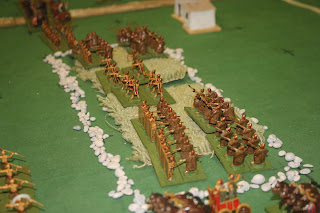 Dave's heavy men tromped through the fields of crops. 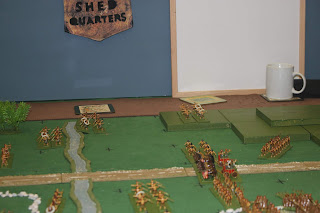 In the far distance the light troops played tag with each other. This bit of the rules, which I had tweaked, worked really well. 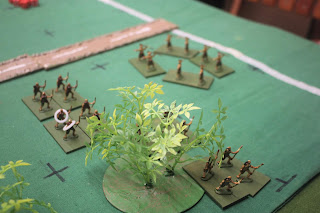 Richard was trying to hunt down one of Dave's skirmisher units, but they kept evading out of the way. 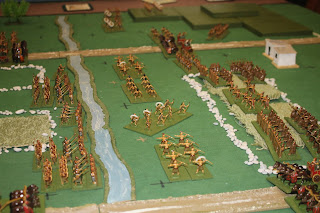 Both sides are attempting to bring some missile power to bear on their heavy opponents. 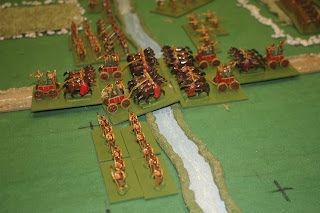 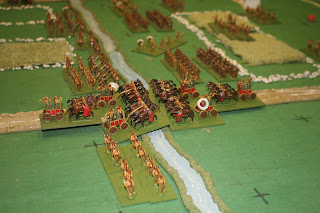 It was a close run thing, each side inflicting 3 hits. 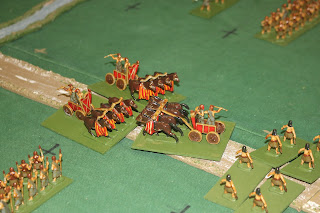 At the other end of the table Dave fared less well, losing a base and becoming Fright-ened. 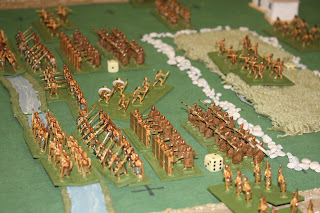 Finally the heavy infantry got stuck into it. Phil was here by this point and gee'd things up a bit. 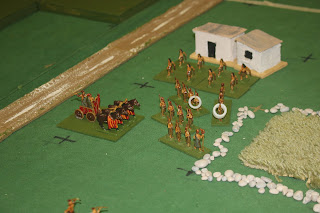 It got so exciting I didn't take many pictures. Plus as it was my last playtest before going to print I went through everything thoroughly, and the players helped by pushing the edges as much as they could.

It gave us an evening's entertainment before Richard chalked up a points win, so that thing worked as well.

So off to make last changes and produce a proof pdf. I've had to resize my original work as the Amazon publishing process doesn't like A4 books all that much.

Still, should be ready for the SoA Conference, at a very reasonable £5.