September 02, 2020
A week on from the last game, I returned to Shedquarters to work through the latter stages of the battle. 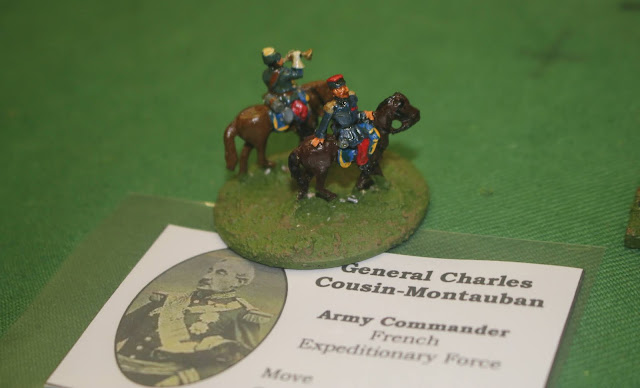 In the interim I have painted up a General Montauban figure on a base with a Hussar trumpeter. That trumpet needs straitening. 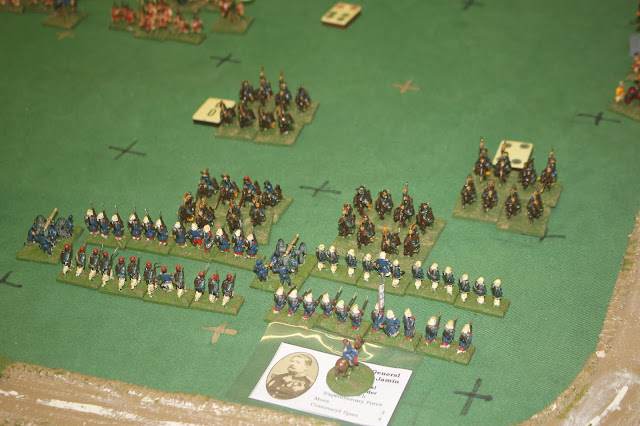 Picking up from last week, hordes of Mongols threw themselves at the French infantry on the allied right. 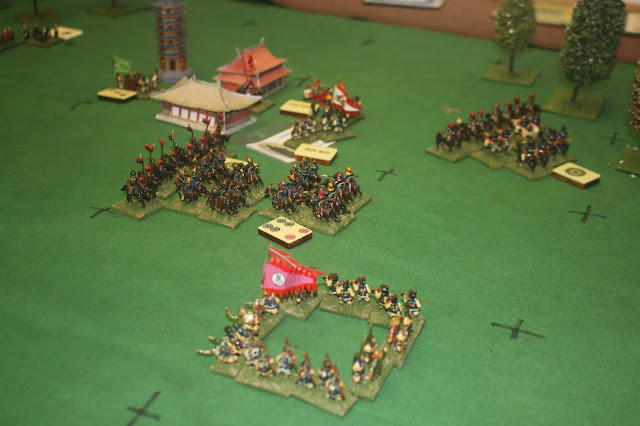 On the allied left, the Indian cavalry continued to drive the Manchu horse back. The Chinese infantry formed schiltron to save themselves from being overwhelmed. 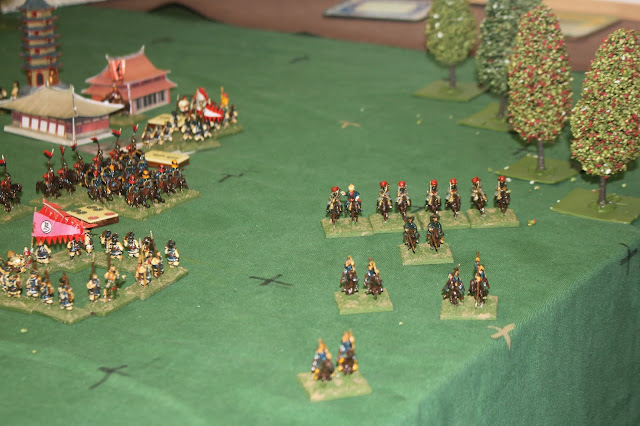 Not a moment to soon, as the cavalry finally broke through. 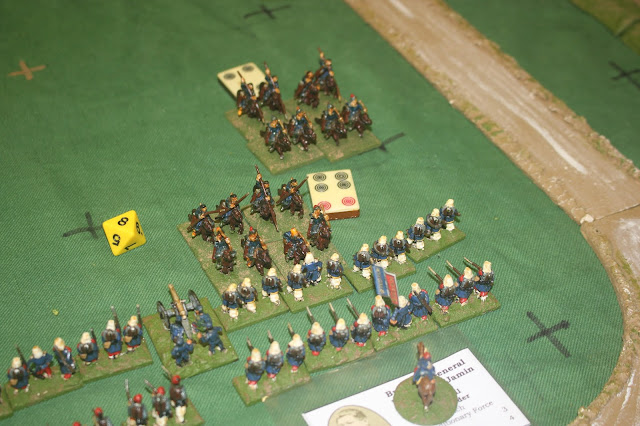 The Mongols were being fended off over on the right. 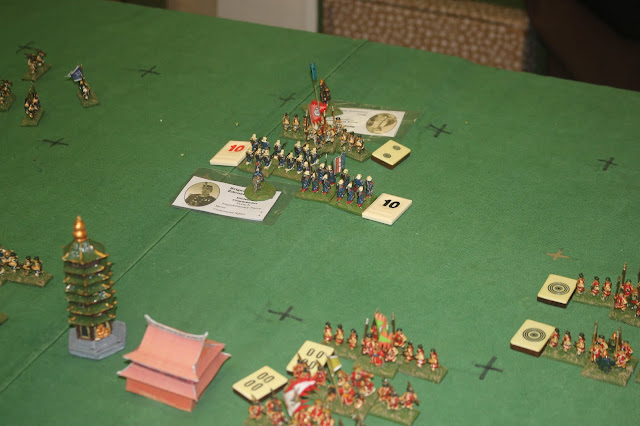 In the centre, the French infantry stormed and took the village, pursuing their opponents into the green fields and beyond. 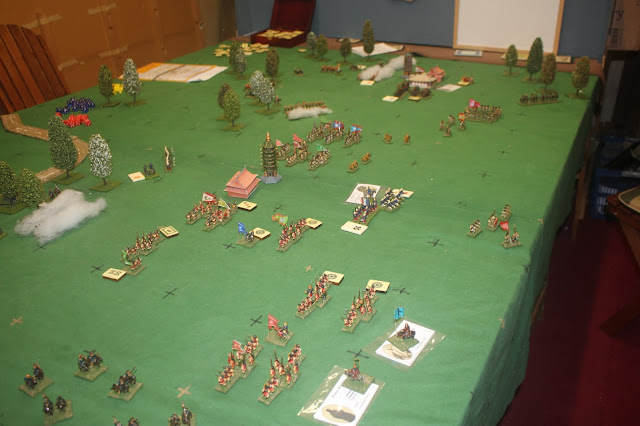 Most of the Chinese army was going backwards. 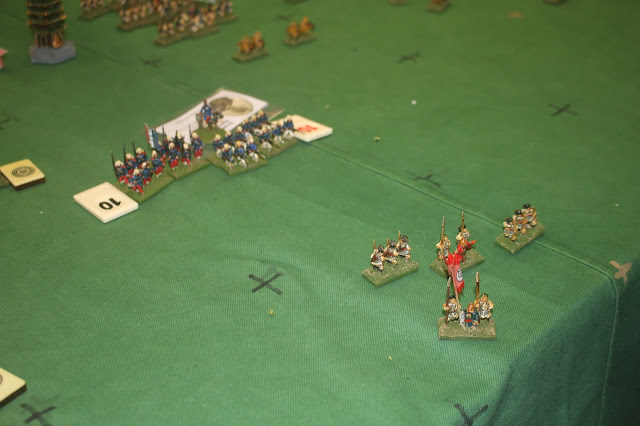 In the centre, the French infantry broke their opponents. 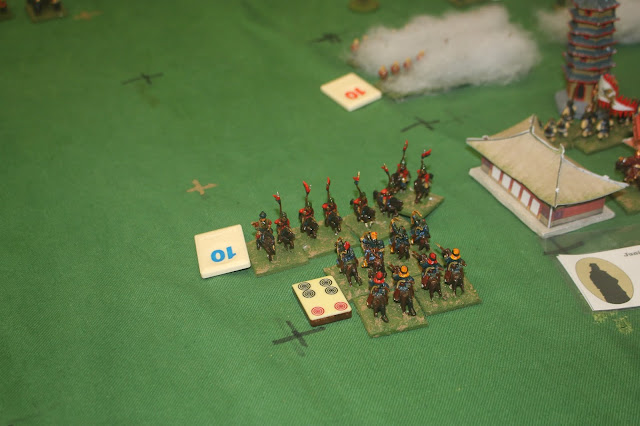 Probyn's horse was still being held up on the left, and even lost a round of combat. 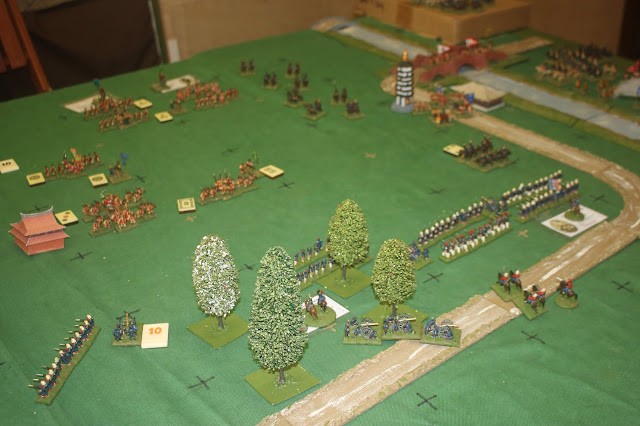 The French have brought their reserve infantry up through the woods, followed by some newly painted guns. 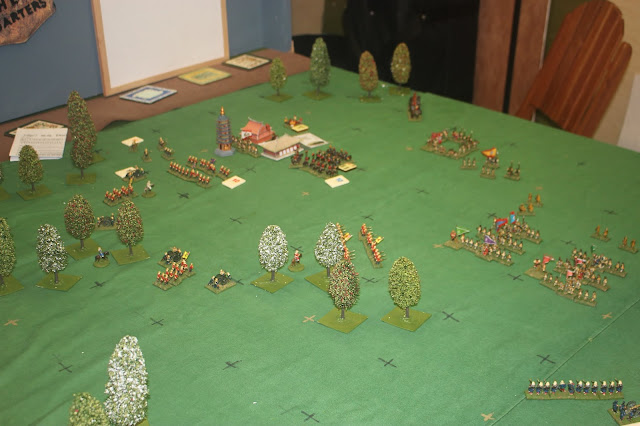 Over on the left, the troops and guns occupying the village are giving the British some stiff opposition. 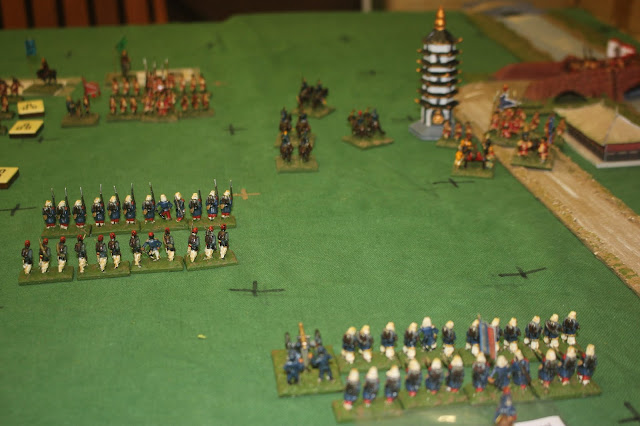 At last, the final Mongol cavalry unit is seen off, and the French main force advances on the bridge. 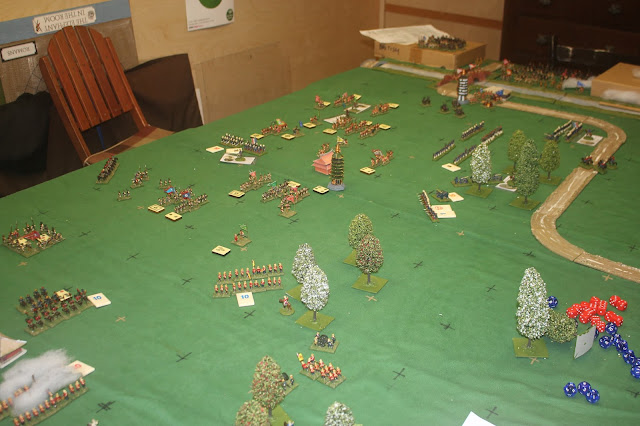 On the left, despite the hard fighting in the village, the British have started to envelope the Chinese right centre. 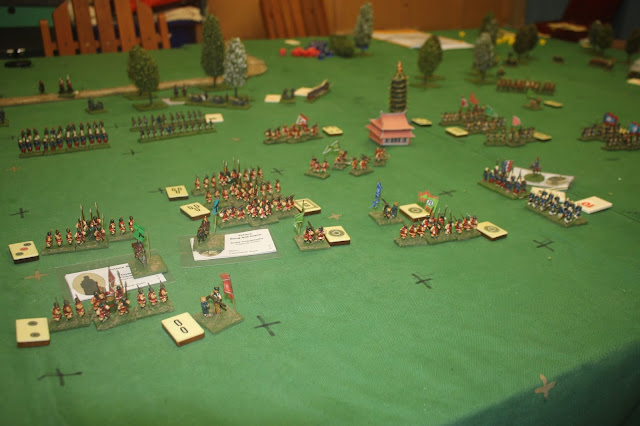 The Chinese are hard pressed on their left, and with well over 50% of the army in retreat or rout, it is a Franco-British victory. However, unexpectedly stiff resistance meant that most of the Chinese units fled unscathed. The road to Beijing may be open, but more opposition is a distinct possibility.

A very satisfactory game. The fairly closed terrain made it hard to deploy and use the Franco-British artillery, which can break Chinese units in fairly short order. A large army of Chinese can take a lot of punishment, especially if their commanders are present to bolster their morale. The failure of the British cavalry to break through rapidly, after their initial successes last week, meant that a lot of the Chinese army got away.

I think I will revisit this battle in the future, and try to rework the ground layout. I was not completely happy with what I had set up, and some further research is probably required.

Still, it passes the time.