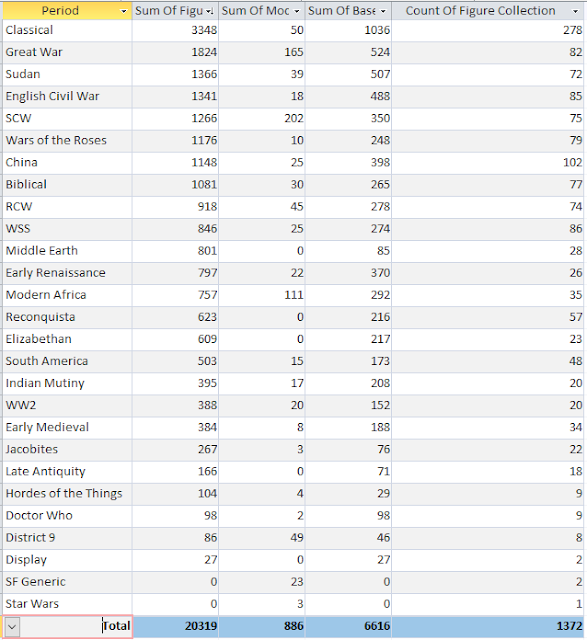 My favourite period would appear to be Classical Ancients, which I wouldn't have guessed 20+ years a go.

The breakdown by manufacturer and size looks like this: 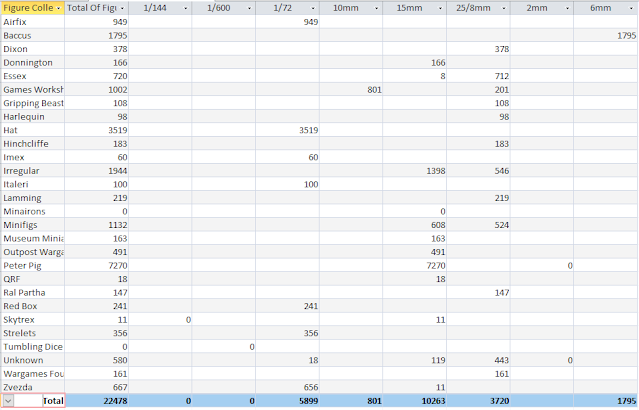 No surprises here. I thought 15mm was my biggest collection, and therefore that Peter Pig is my favoured manufacturer in metal. Next is plastic 1/72, with Hat making up nearly 60%. BTW The numbers don't tally here as some units - the way the figures are sorted in the database - have figures from more than one supplier, so there's some double counting. You'll note, also, that I don't differentiate between 25mm and 28mm.

Tanks, trucks and artillery, plus large things like elephants, are counted as "models". The split for those is: 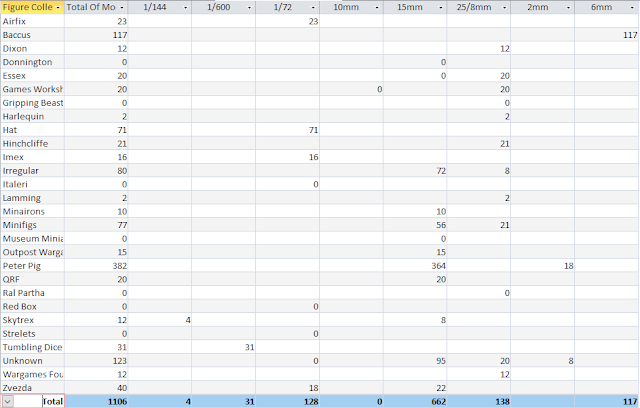 Again, Peter Pig comes out top, as I have a lot of artillery across a lot of periods, plus baggage waggons and trucks. There's some double counting here, too, for the same reasons as above.
I need now to decamp to Shedquarters for an afternoon to make sure I've got everything. One off games like Warriors on Ice, Call it Qids, and Old Charlie aren't in the numbers. Oh, and neither are my various ship collections. And I've got a load of 54mm WW2 skirmish figures somewhere...hang on, what's that down there?
Sorry, gotta go now.