Time for an update on those pikemen. 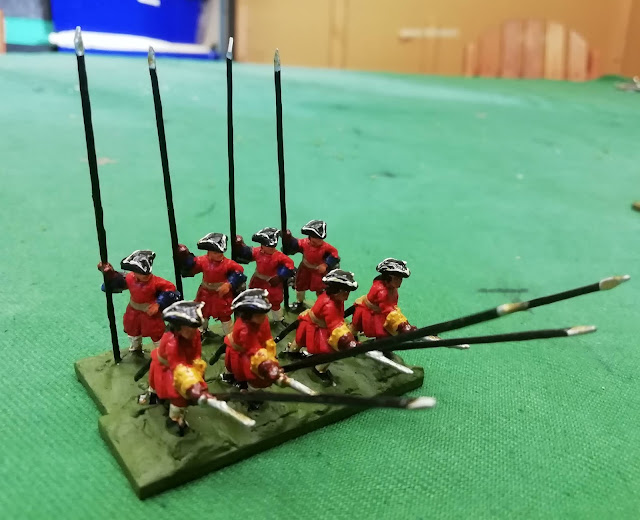 Here we are with a couple of finished ranks, one at stand and one at what passes for "Charge for Horse". I think you can barely tell they've got back and breast plates on. 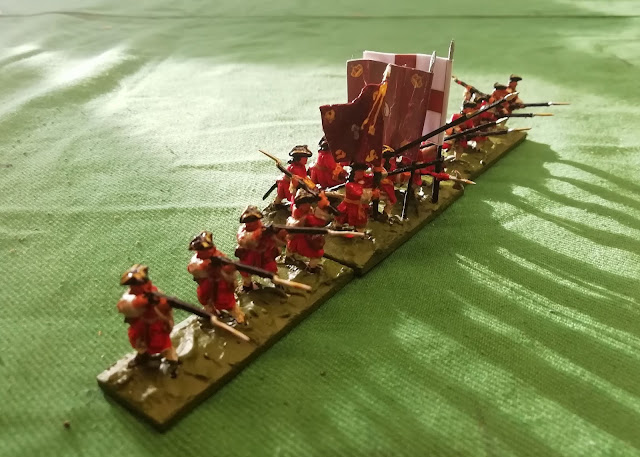 For wargaming purposes a base of these will sit behind the middle of one off my regular battalions for WSS/Jacobite Risings. In game terms they won't "count", they're just a marker to say the unit has pikes. This has called for great precision when gluing the little fellows down. 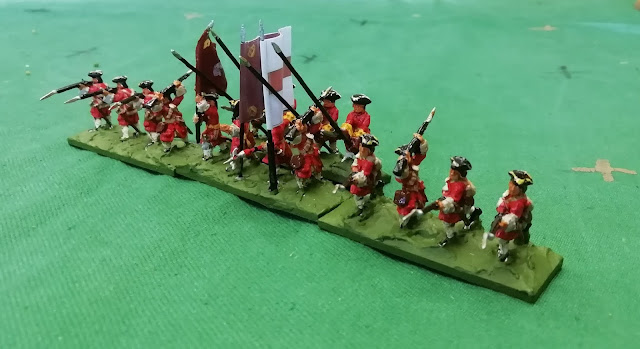 Here they are from another angle. The pikes don't protrude as much as I thought they would, which is partly because they need to be at a shallower angle. Few manufacturers really make figures with the poses crouching as low as it required. I blame the use of short pikes, as the longer the pike the lower you need to crouch to get the right angle. 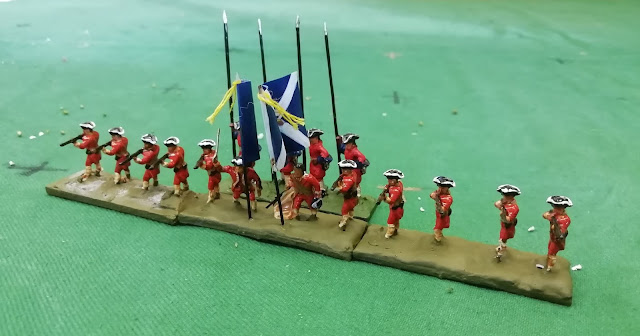 The guys at stand are less of an issue - at least until you put them in a box!
I'm currently working on the other poses. 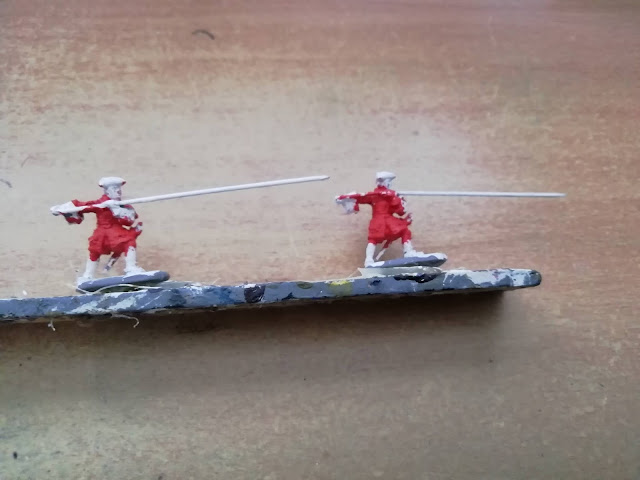 The push of pike pose proved to be not the nightmare I expected once I'd carved the original out. Lining up on the supporting arm/hand wasn't too bad. The pose isn't quite right. You tend to roll your arm on the top of the pike to control the weight, and the front supporting hand should be perpendicular to the ground, but it's close enough. 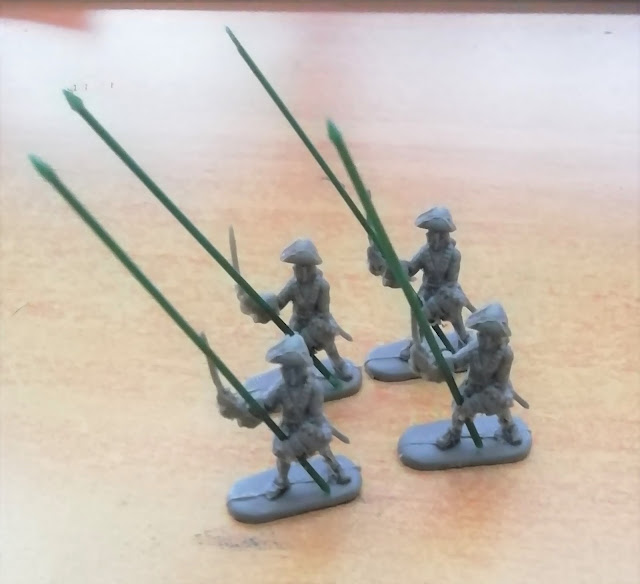 Here's the other pose with the angled pike. Not so much "Charge for Horse" as "Charge for elephant/giraffe/hot air balloon", but again this isn't an uncommon representation of the pose. Carving away the pike was a tad tricky, as it was moulded into the sword holding hand, and I could have lost a sword or two but the plastic is soft and pliable which helped. Drilling out the hand wasn't too bad either once I'd carved out the crud between top and bottom hands, but I haven't got the angle perfect, so the pike isn't rested against the foot. 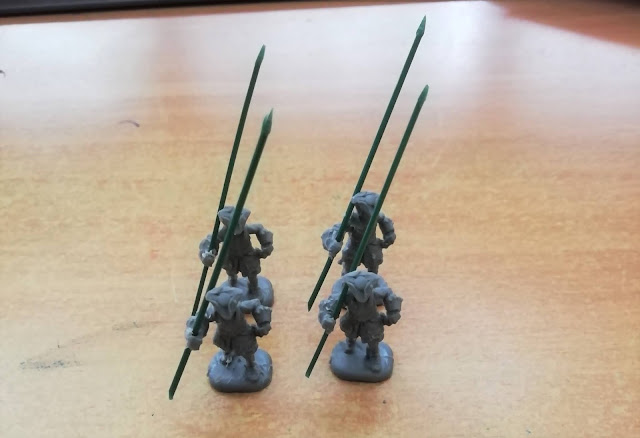 The marching pose had all sorts of stuff going on around the shoulder and hat that required me to get out a new scalpel blade to be sure of what I was doing. The trick here was to get the hole in the lower hand at the right angle so the pike rests more or less on the shoulder. I'm there or thereabouts on most of the figures.
There's two more poses to try, one is another standing pose and one is another marching so I'm hopeful they'll be okay to do as well.
More updates once I finished slapping the paint on these chaps.
UPDATE: Those two remaining poses were three, two standing and one marching. The standing poses turned out to be horrible, with the pike moulded onto the body and in one case into the face as well. I've managed to carve the old pike out and replace it, but I can tell you, most of those guys will be standing at the back and not giving any close ups.
Jacobites pikes Strelets WSS