Having just finished painting 10 trucks, I started musing on the average wargamer's disdain for things that don't shoot. It wasn't just that. I was reading more about the RCW campaigns in the Don region. These are dominated by fast moving cavalry formations. Well, I say dominated. Perhaps not, but large cavalry units were important, and they were supported by the famous Tchanka MG carts and also by mobile, horse drawn, artillery batteries.

Any how, I was thinking how reluctant wargamers are to spend money on limbers, especially I guess the horse drawn variety. They take up a lot of space, they aren't cheap, and you can cheat by just turning the guns round. Also for some periods they are hard to get. And of course, some styles of figures -  such as my favourite 1/72 scale - often give you fewer limbers than guns in each box. I'm a bit of a sucker for a limber in 15mm, now and then, if I can get them. I'm a bit light on them with some forces. My Pacific War figures are completely devoid of them. I really should correct that at some point, probably by using FPW period versions.

As I said, I can be a sucker for a limber. I went big for my Great War Brits. 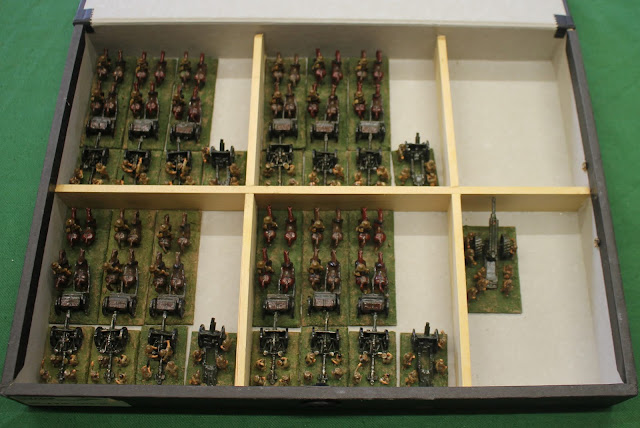 The limbers should have six horses, but Minifigs did the caissons separately, so I cheated by reducing the draught teams to four horses and transferring the spares to the spare caissons I'd bought. I need to revisit these, however, as when I did them no one made the 4.5" howitzer, until Irregular added one to the RUG range after some serious prompting. And I could get a steam tractor to pull tha60 pdr too.
I've got quite a few with my British late 19th century colonials as well. 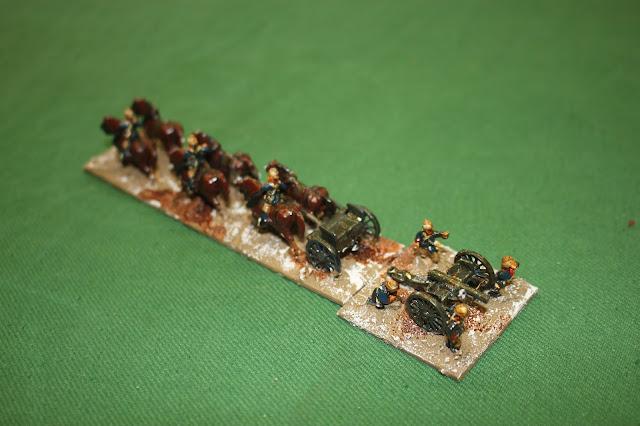 I stuck with keeping the six horses in the limber. Okay, so I should probably be using oxen for some of these, but these were from Minifigs and affordable. You'll see that I don't do anything with the guns to have a towed and non-towed version. One of the MNG, Phil Steele, does clever stuff with shims of magnetic material and duplicate bases to make them look more convincing. 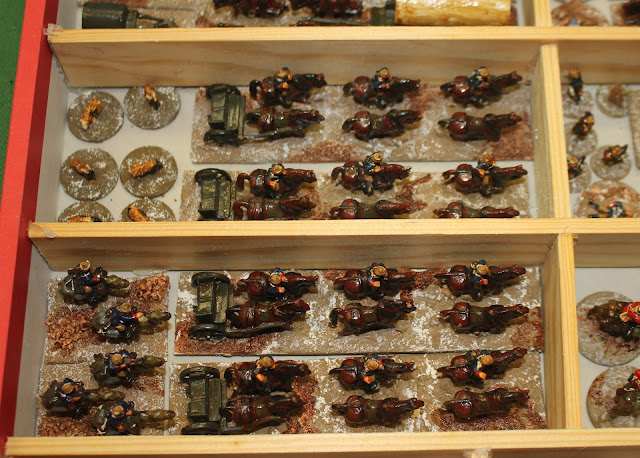 I have four of these, as well as a good selection of screw guns on pack mules.
The reason I like them for this period is because in "Science v Pluck" style games it is more fun if the British have a lot of baggage train to deal with. And the limbers take up a lot of space. Try getting them in a square.

However, back to where I can in on this one. I don't have a lot of RCW limbers for my forces. Well, technically I don't have any. I've got four Crimean War Russian limbers, pressed into service because the person who gave them to me swore they were RCW Russian limbers. Well, the crews are in flat caps and are wearing great coats, so who is to say yea or nay to them. 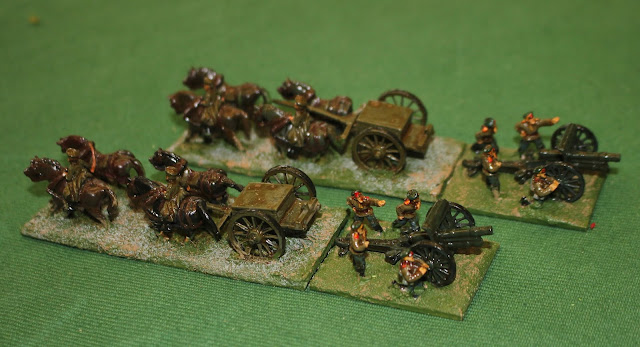 They are a little large for WW1 caissons, but they do the job. 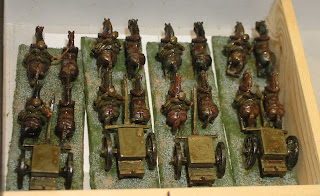 I have four of them, but I expect to be deploying quite a few cavalry brigades, and it looks like they often had a horse artillery battery attached, at least in the Red Army. Consequently I'm probably going to need a few more, so I've just popped an order off the Mr Pig for some of his Russian WW1 four horse limbers. This is a bit of an act of faith, as I can't find a picture of the model anywhere, not even on the Peter Pig page.

And I added some extra bits and pieces, like some replacement heads. And mortars. And some "empty" horses, with horse holders. And some dead bodies.

So much for the RCW project being a quick and easy supplement type thing.

Going to try and get my armoured train on the table this Tuesday. That should be fun. Trying to decided if I need another one or not.