I got round to slapping some paint on the Syborg 3d prints I bought at Partizan over the weekend. 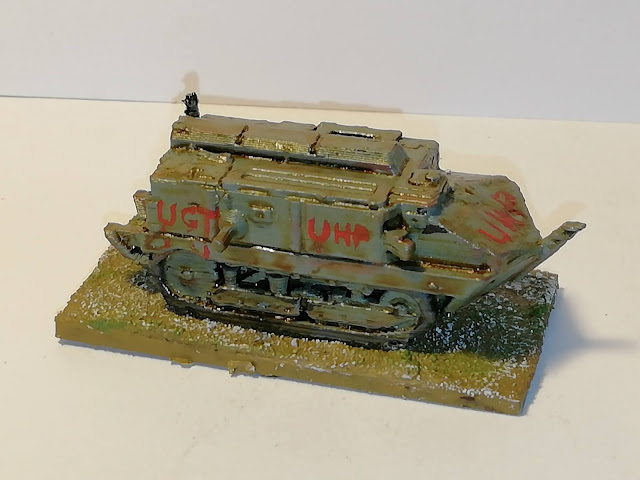 This is the Schneider CA1. The Spanish Army had a few at the start of the SCW, but not enough nor used sufficiently to make it worth buying one for my forces. Except it was only £4 and I'd paid the fuel to get there anyway.
The front was quite ridgy, so I smoothed it with Miliput. I missed the side panels of the top ridge structure, but they don't look too bad. It'll serve a purpose on the table top. 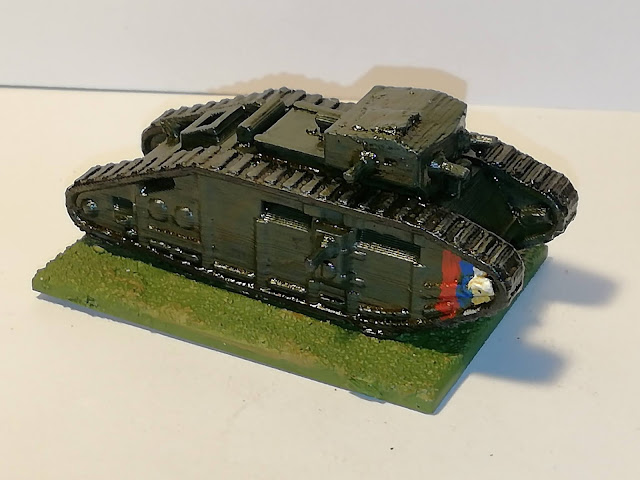 This is the Medium B, bought for the current RCW project. Again I smoothed the top, but less successfully. Otherwise it has come out okay. Don't know about the Russian White Army markings, but I thought I'd do something different on it. 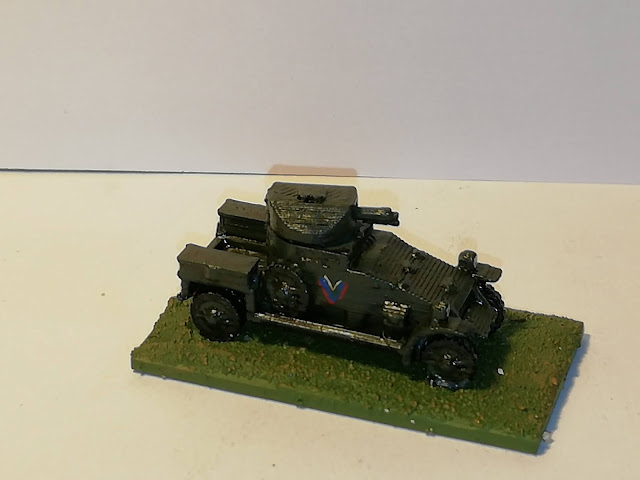 The Lanchester really does have a corrugated front. I could have gone at that with Miliput, but it only shows in close up. This one will be joining the White Russian forces too. 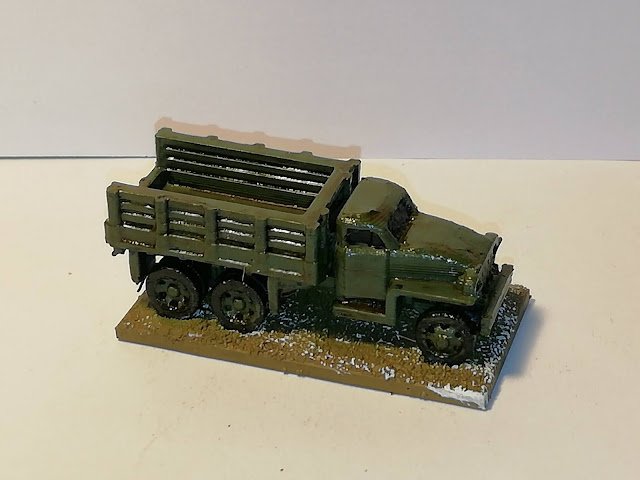 Finally a Studebaker truck, to go with my interwar/WW2 lorry park. Good chunky model, again needed a bit of smoothing, but as it came from the £2 remainders box, I'm not complaining.
So far, for me, the jury is half and and out. All these models I'm happy to have in the boxes so I can use them, but I don't have a particular love for them. They benefit from being nice and light, and they took paint well. The detail is mostly very good too. The finish could be better - that may be down to a production issue, not 3d printing per se - but it is close enough for what I want. My feeling for now is that I won't be buying any sight unseen from t'internet if it is for something important to me, but it does help fill in the gaps.
I won't be buying a 3d printer anytime soon, either.