Back in the West Country (Game 2)

After lunch, it was my turn to provide the entertainment. I had gone with "It Rolls for Ivan", my Russian Civil War rules in development. I used the scenario from last week, with minor changes. 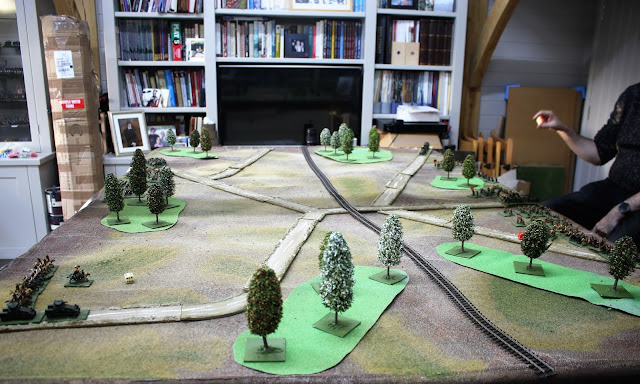 We kept Richard's rather fab cloth on the table, because it is rather fab, after all. 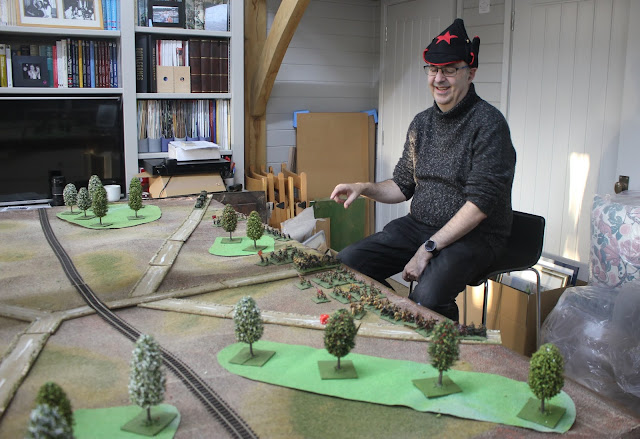 Chris took the Reds, with the natty hat. 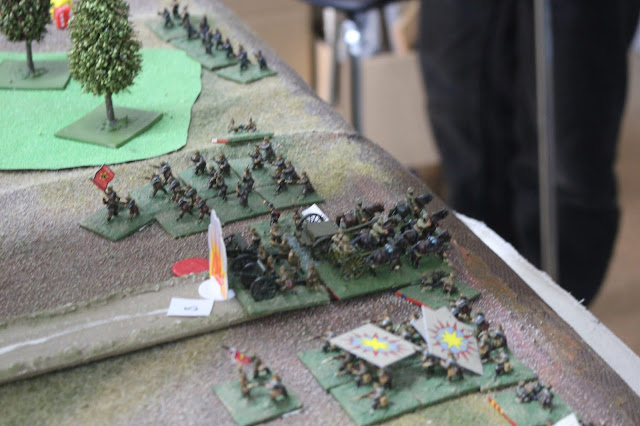 Richard opened up with his artillery, and sprayed it around a bit. This meant he didn't pin the artillery he was aiming at. 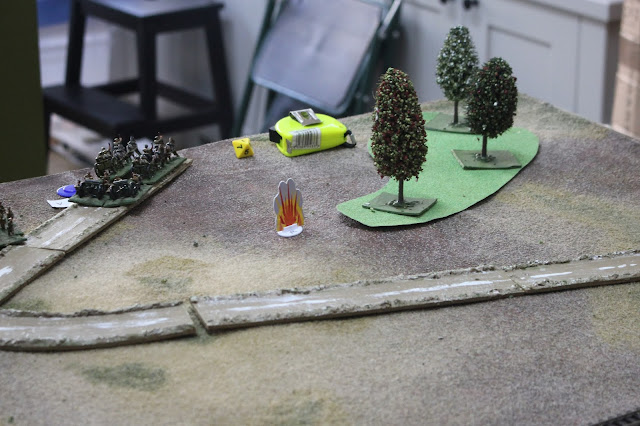 Chris fired back, and missed the target completely. 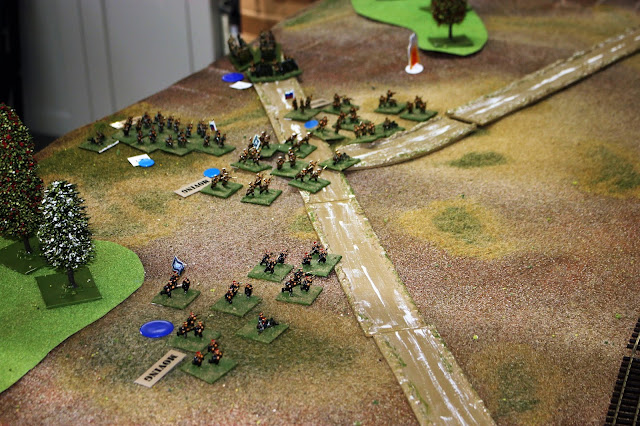 Richard spread his orders around so he could move his infantry as a body. He also deployed into skirmish order. 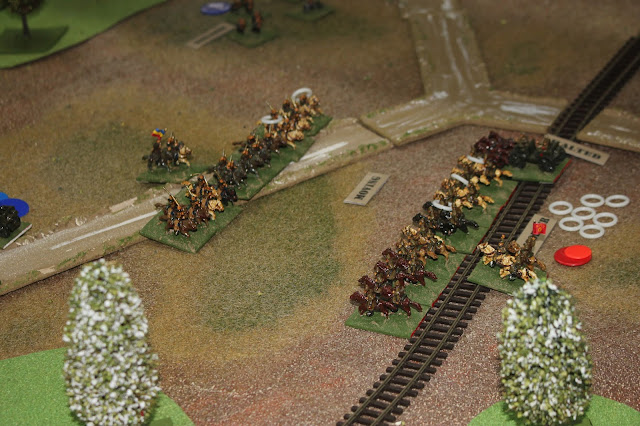 The cavalry units approached each other, fought a round of combat. Chris got bounced, taking heavy casualties. 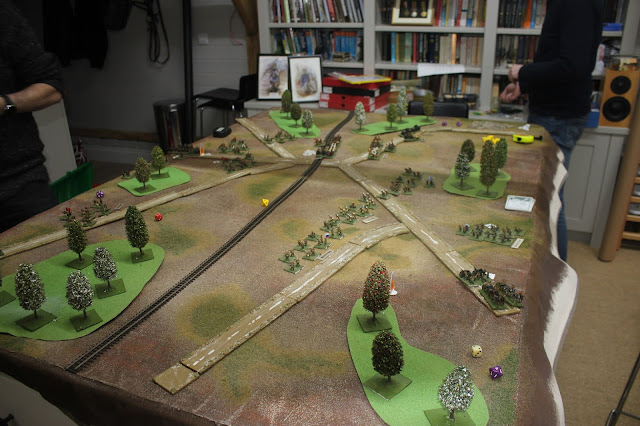 Here's a shot from the other end, showing the White Wave heading across the table. 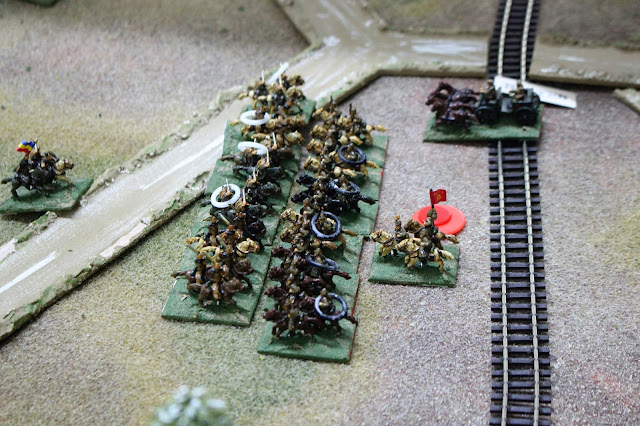 Chris reorganised his cavalry, and sent it back in. Again he lost, this time marginally, and was bounced back. 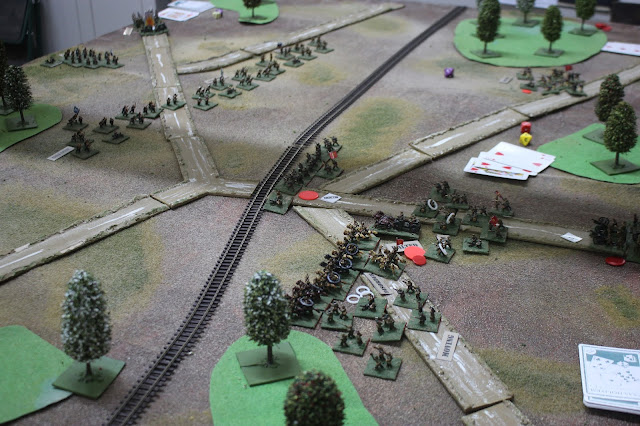 Having driven back the Red cavalry, Richard pulled his back out of shot to regroup. 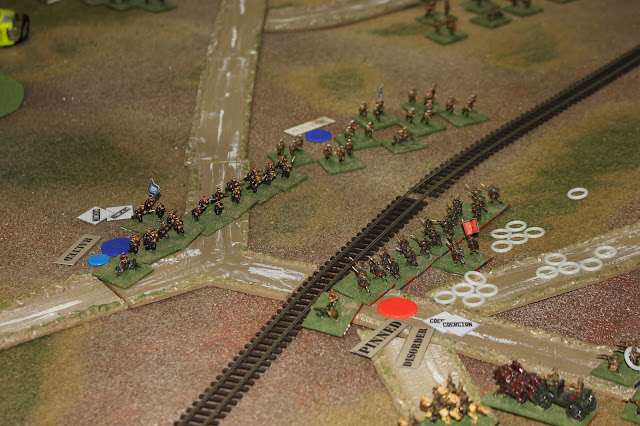 Chris had occupied the centre of the table, and deployed into a firing line. Before he could open up his impulse ended, and Richard was able to move up and hit him with firing from two units. 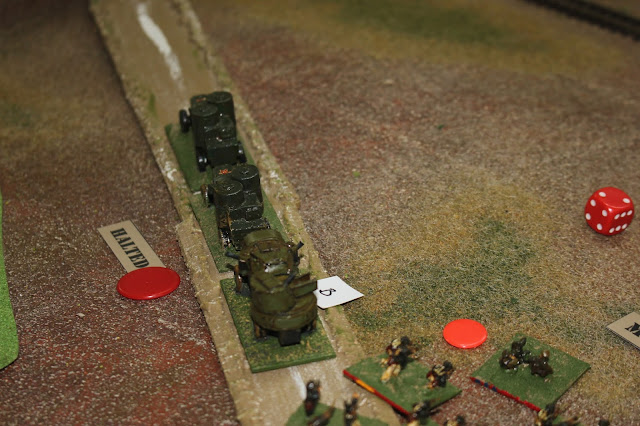 Chris brought up his armoured cars, and opened up with the 3" gun on the Garford. 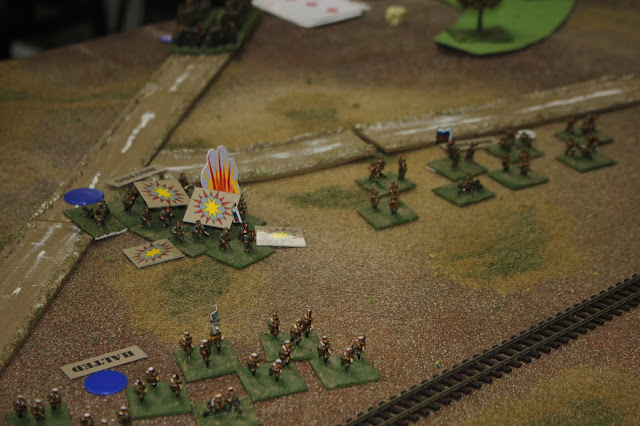 This caught one of Richard's massed columns in the open. 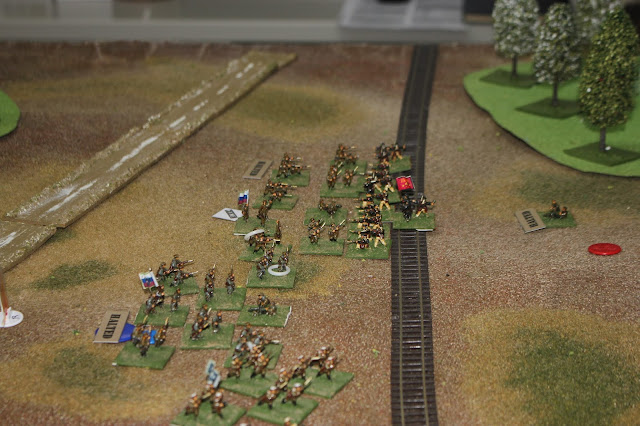 Chris sent in his Naval Brigade, but his luck wasn't in, and they lost the round of combat, being driven off. 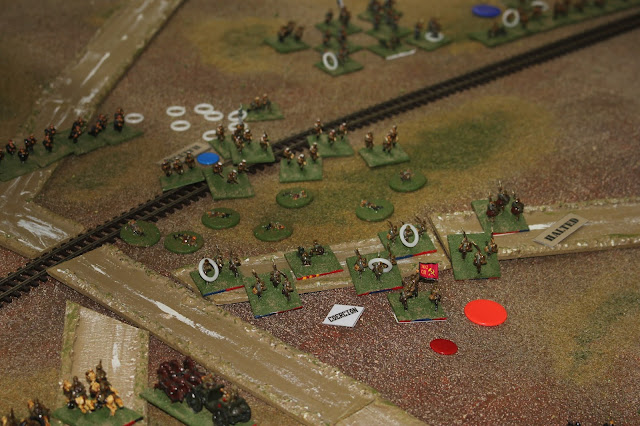 Richard closed with the firing line he'd shot up, and it broke, leaving only its dead behind. Chris has some problems in the centre. 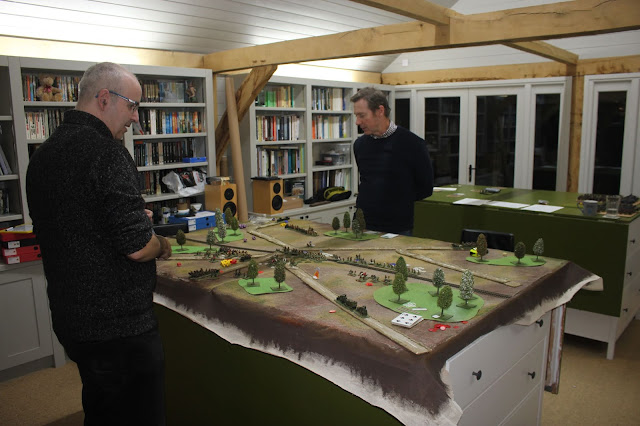 In fact, Chris had problems pretty much everywhere. He'd had some poor luck in the close combats, and his artillery was particularly wayward. Although I haven't mentioned it, Richard got his armoured cars involved, and Chris was slow to bring his up. Having said that, the White cars are currently on the talbe edge, having fled an artillery strike. 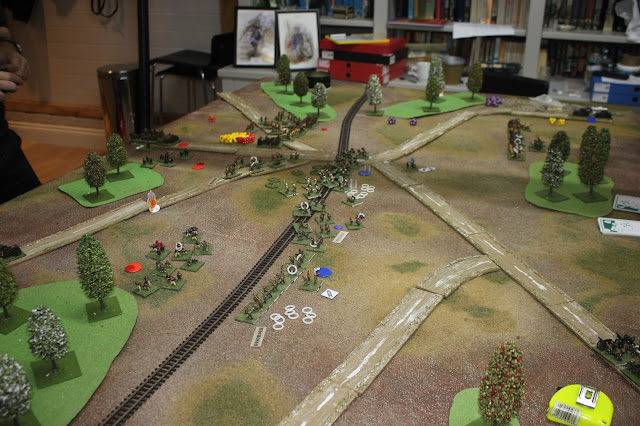 The Whites have the Reds on the back foot, and it looks bleak for the Revolution. We then packed up and went down the pub for dinner, which is another story completely, as was our drive home.
A good day's wargaming, with good friends, nice figures and nice terrain. Not a bad way to spend a Monday.