Back to the painting table

I haven't painted any larger figures for quite a while. I actually don't have any need for them right now, but earlier in the year I picked up some Strelets boxes as a sign of solidarity with their home country. I had nothing particularly in mind for them, so I just picked up some boxes of what I think of as generic tricorn wearing infantry. I really like the Strelets WSS British infantry, but the boxes have too many grenadiers for me. I have settled on the French Early War Fusiliers as the poses are nice and unfussy and the uniforms uncomplicated. I have a box of their Musketeers on the March as well, but their muskets look a little short. I'll get round to them eventually, but for now they're not at the front of the queue. 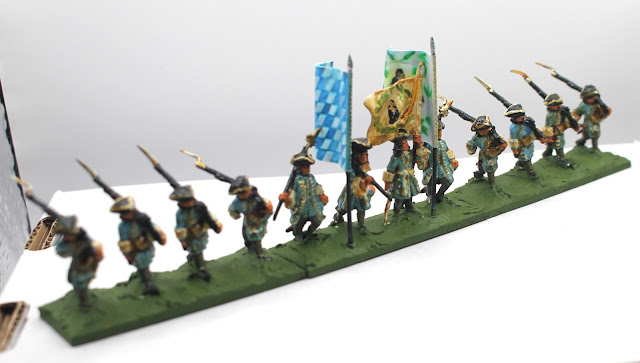 I have decided to paint them as Bavarians, because I discovered at the back of the painting cupboard a pot of "Bavarian Blue" from Coat d'Armes.
Something seems to have gone wrong with my photo booth or camera as I can't get the lighting right for them in line. 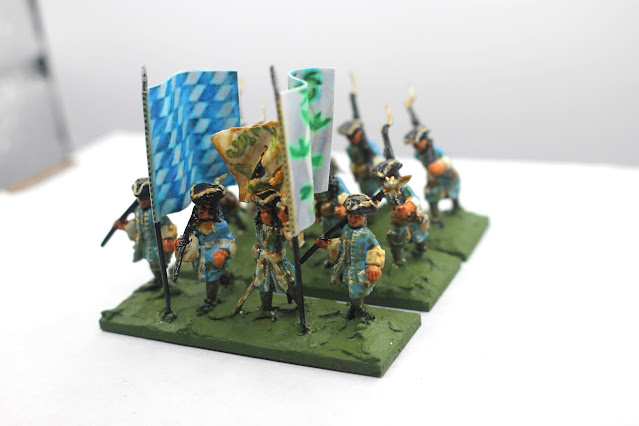 Bit better with them in column. The flags are off a website from uniforms at Blenheim. The figures come with a standard bearer and I need him to make up the numbers, so he sits on the command element, dwarfed by the flags either side of him.. 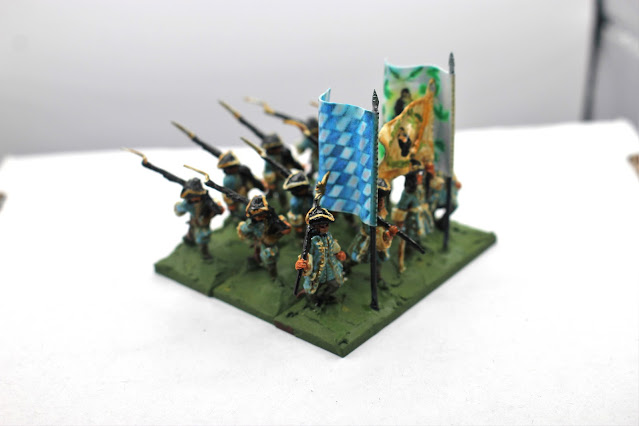 I don't think these marching poses are the best in the box. There are two poses, so you get a bit of variety. 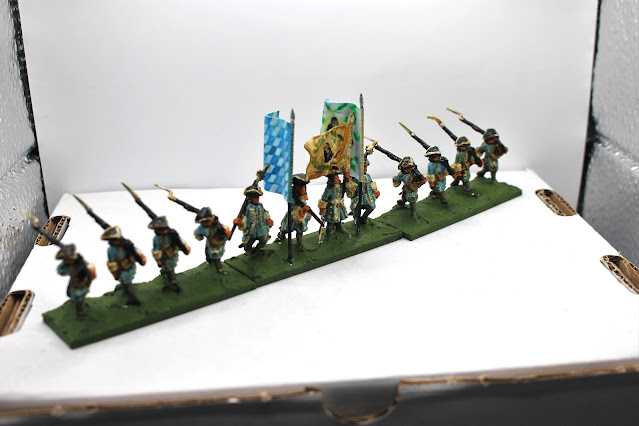 I've got another unit of these marching fellows undercoated and then another five units to be used for something or other. I think two of then will be Bavarians then I might look at some Danes or Hanoverians.