MNG member Will has a significant birthday in the next couple of days so he invited lots of people round to play DBA. And give us cake.

Will provided six boards with terrain and armies, and drew us opponents for three rounds of play. I was expecting to get a 0-3 drubbing, as DBA isn't my strong suit. Will had gathered together a good showing of the Northamptonshire wargaming community. The only significant absentees were Phil, on a day trip to Yorkshire, and the late lamented Graham Fordham. His daughter, Tamara, was there however, and the remaining three of the four Northamptonshire Grahams put in an appearance. 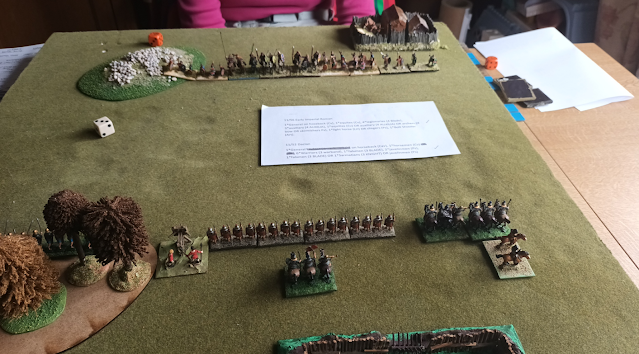 First off I had Early Imperial Romans fighting Suzanne (Chris Kemp's wife) with Dacians. Suzanne is new to DBA and has mainly been playing with Koreans and Chinese armies. She set up in a long line, and then ran straight at me. 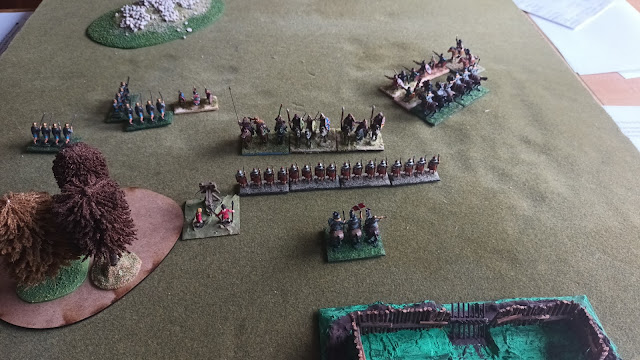 I didn't need to pull off any strokes of genius, and managed to get my troops in the right place and won the die rolls. I pulled off a 4-0 victory in less than 30 minutes. I did feel a bit of a heel sticking it to a newbie in that way, but honestly I didn't do anything clever and luck ran my way. 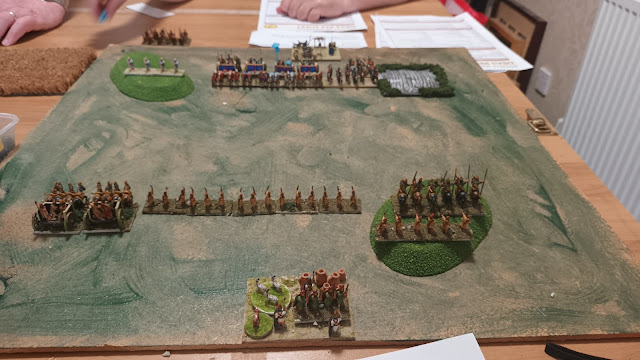 Next I faced Graham S with Neo Assyrians whilst I had Neo Babylonians. Graham is known as an aggressive commander, even by local standards, and he set up with the intention of running my centrally placed archers down. I went for the manoeuvrable stuff on the wings to try and turn his flanks before my centre was overwhelmed. 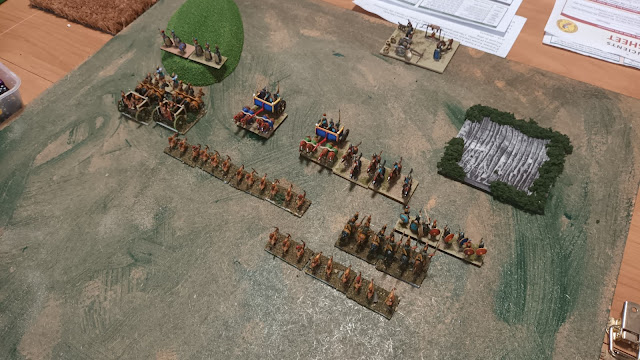 As it was my archers did a decent job on his chariots. I doubled a couple on the shooting, then followed up and killed his general. Another 4-0 win, again in less than 30 minutes. 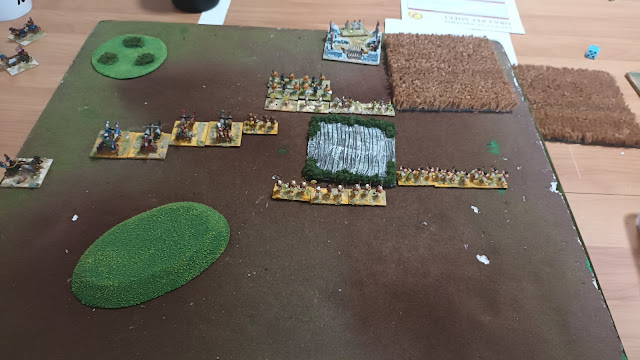 Finally I played Richard. He had Hittites and I had Egyptians. My advantage here was that he doesn't know DBA 3 at all (rules on order) and his previous opponent had been channelling DBA 2.2. He therefore got a bit caught out on set up, expecting to swap elements round. Then he tried one of those gamey tactics that 3.0 got rid of (I think) so I crushed his right wing and I then killed his general. 4-0 in less that 30 minutes.
So, remarkably, I came away with a 3-0 record without losing a single element. That's the best I've ever done at DBA. Truly the one eyed man is king in the kingdom of the blind.
I think I will probably try never to play DBA ever again, as it can't get much better than that.
And we had cake that was made in the shape of a Difficult Hill, and had a candle that played Happy Birthday.
Yes. That was some afternoon.
Happy Birthday, Will.