Up in the Western Front Air. Again.

Richard's air campaign has reached August 1918. The German spring offensives have ground to a halt, and the Allies are counter attacking. For this game we (Jasta 2) were defending our forward airfield against a concerted ground and air attack made with overwhelming odds. We were in for a tense evening.

Jon & I were the Germans, helped out by Richard plumpiring. Jon & I both have a carefully husbanded ace status. Ian, Steve & Phil played the rookie Allied pilots, that seemed to respawn constantly. 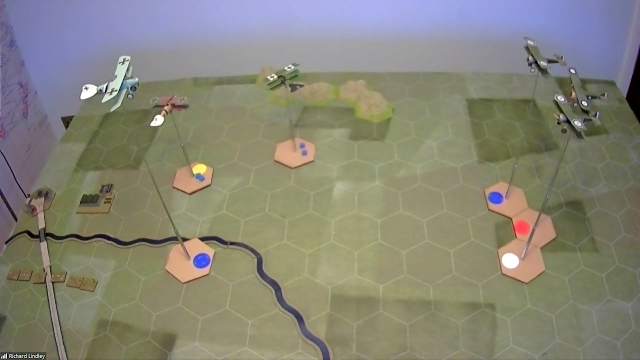 The game started with me out on patrol (light blue plane), up at level 4. As the British kites appeared, Jon and Richard took to the skies. Bottom left you can see the British ground forces pushing up to capture the bridge and the airfield. 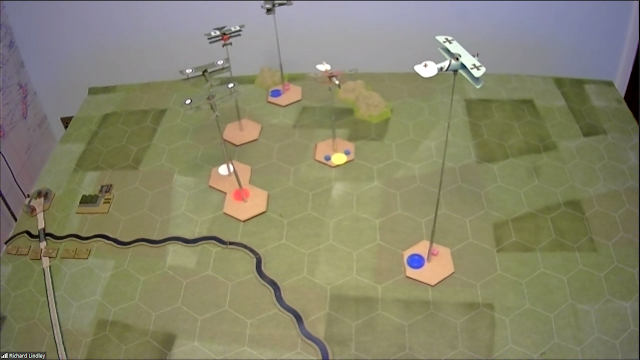 My plan was to fly over the British whilst Jon and Richard engaged them from the front. As I had the advantage of height I could then loop and swoop down upon them, wreaking havoc from the skies. 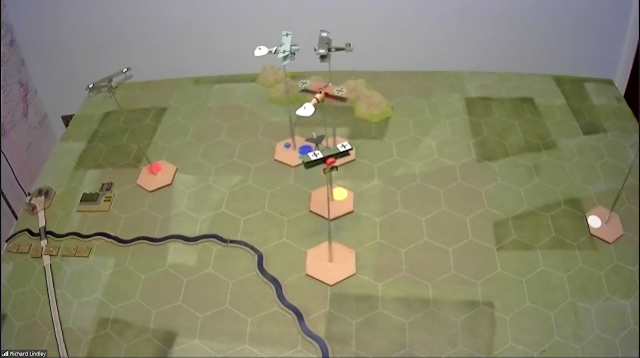 It didn't really work out like that as I swooped down and missed everything, before ending up nose to nose with Ian. Jon had already shot Steve down once by this point. 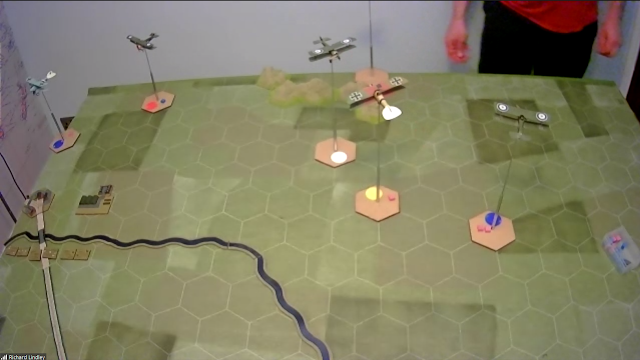 Between us Richard and I shot down Ian, only for him to return, like Steve. Jon and I had both taken some damage, so that's his base leaving at the top of the board. I had misjudged his intentions, and was looping round to shoot up the ground troops. Without Jon to distract him, Phil was on my tail. 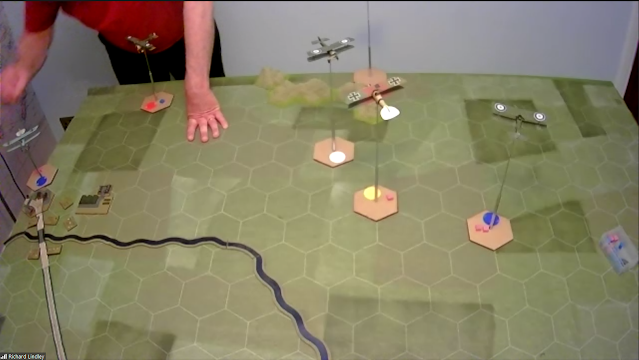 I mistimed the dive a bit, so had to dodge some trees.  Phil was closing in on me. The Sopwith Camel is a really manoeuvrable aircraft compared to the Albatross, and you have to make sure you keep on its left hand side as much as you can. 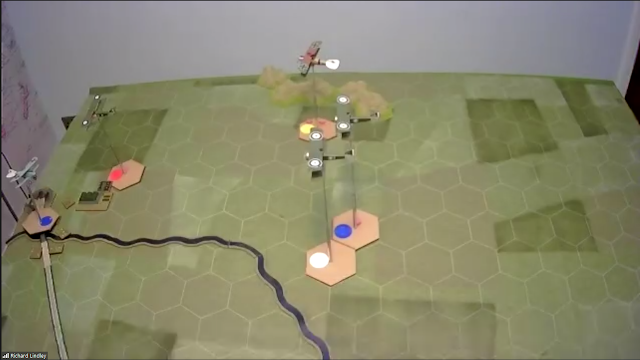 As Jon left the table and Richard circled, the remaining two British planes headed for me. I think everyone reckoned I was done for, and were closing in to get a piece of the kill. I machine gunned the ground troops and scared some off, but not enough to save the airfield. Now to escape. Could I bluff Phil as to my intentions? I had sneaked in a climb order - you need two successive to go up a level at this height - so the omens were good. 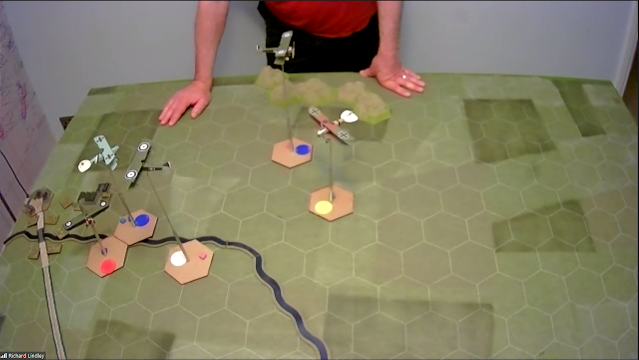 Luckily for me Richard drew off Ian. I cut round left and climbed a level, above Phil but below Steve. 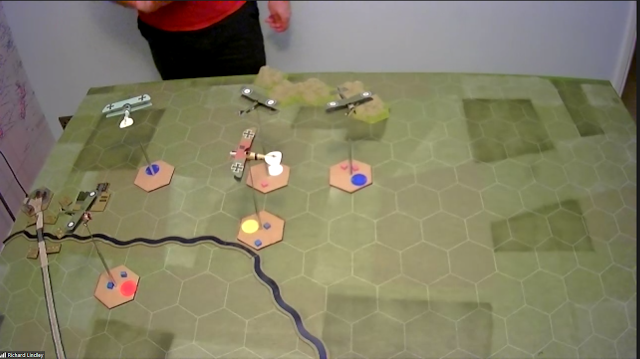 Another turn to the left and open up the throttle and I was away. Phew! That was close. I had hits to my wings, fuselage, tail and cockpit area.

Perhaps it is time to retire the old fellow, before his luck runs out.