I Orta do better with these.

Every Ottoman army has to have Janissaries, and mine is no exception. The first unit ("Orta") off the production line is now ready for photographing, having had its standard added.

The figures are a mix of Red Box and Orion. My earlier comments about detail and sculpting I've made in posts about the cavalry apply here. They're decent enough figures, but they aren't setting the world ablaze. 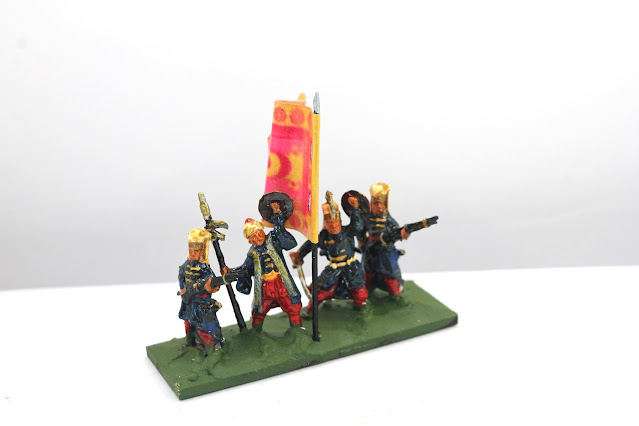 This is the command stand, together with flag stuck in the base, as is usual with my armies in this period. The detail on the figures is adequate. There's nothing missing or there that shouldn't be, as far as I can tell. However, the figures aren't moulded with frogging on the kaftans, so I added that to break up the colours, rather than go with just the buttons as made. I think that's a valid choice either way. 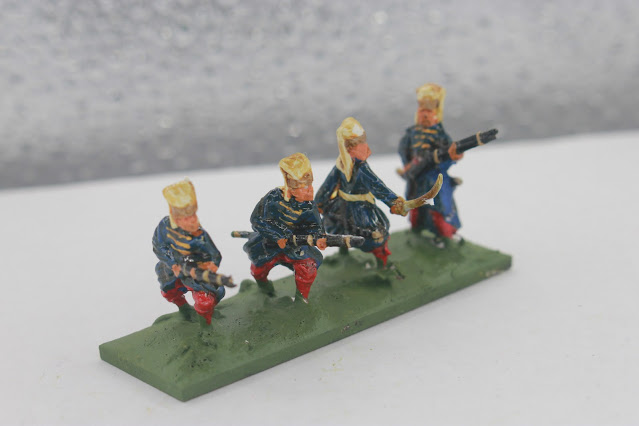 The boxes are for 16th-17th century, so contain a fair number of figures with melee weapons, more than I need in the 18th century. To eek out the musketeer bases I put a command figure on each one. The Orion figures - the non-crouching musketeer is one - are slightly taller, but the two types mix together well enough. 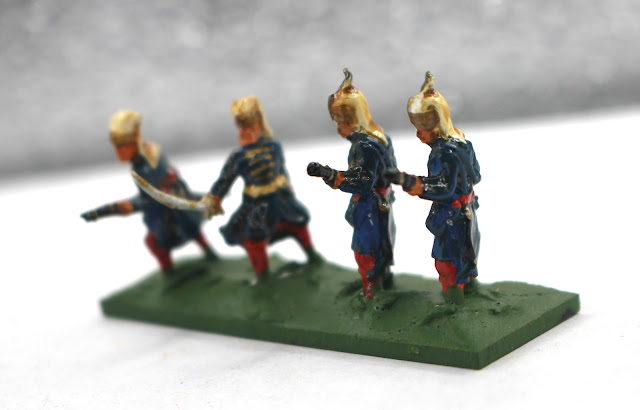 Bit fuzzy this one. I am having issues with my photo booth and camera. The Orion figures also have slightly more elaborate head gear. 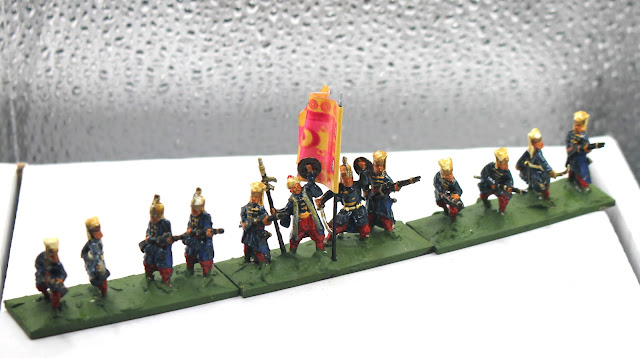 They look okay as a unit. I need to put them on the tabletop with the cavalry to get a better feel for the finished product.
My only annoyance is that the reading I have done post purchase would indicate that Janissaries didn't go into action in full fig. In reality they would probably have dressed down, worn simple turban type head gear, and simpler, scruffier clothing. Given that, I might have used different boxes, and dispensed with the actual Janissary boxes completely.
On the other hand, it is what people want to see, isn't it?