A wet and windy weekend gave me an excuse to hide inside and finish off another unit of Assyrian Guardsmen. 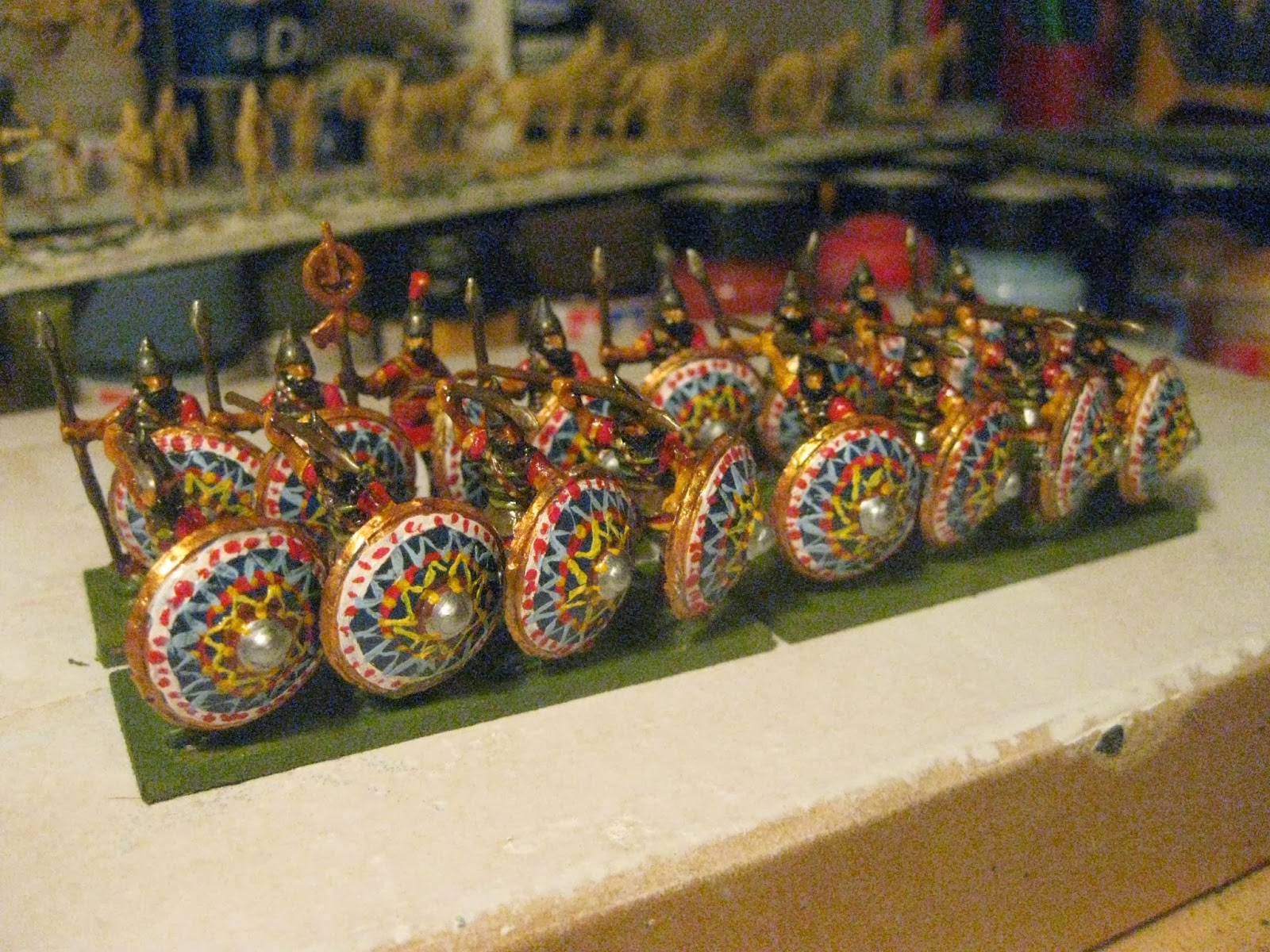 Unlike the previous batch these are all shield carriers, although I'm expecting to paint enough bowmen to sub them into the unit if required. 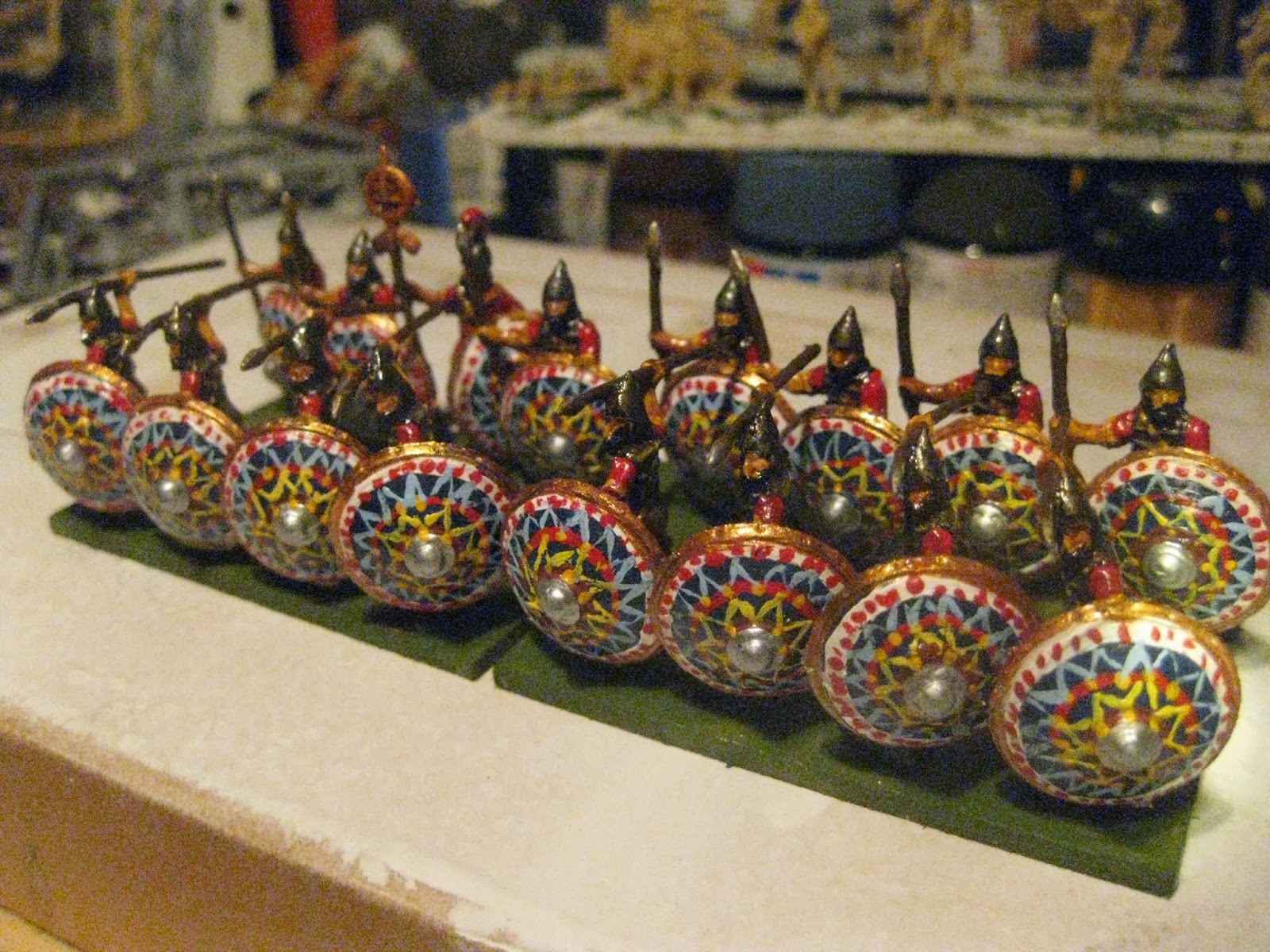 The shield pattern is just a geometric design, with concentric circles and zig-zags between the various edges. They've come out okay, although not all of the circles were concentric or even circular. As with the last set of Guards I painted the shields separately before attaching them. 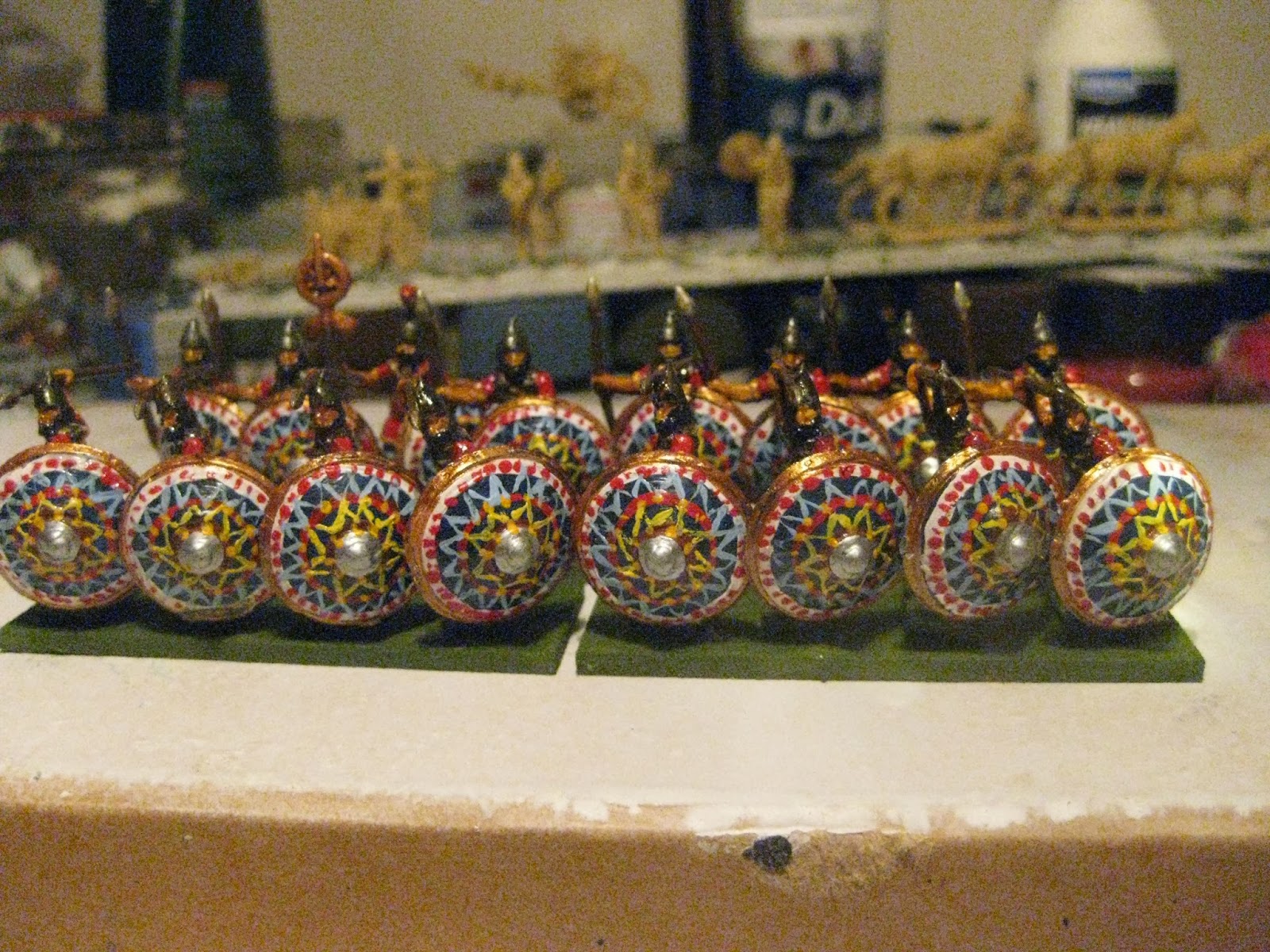 The figures are varnished with my normal Ronseal, with the exception of the shields, which were given a diluted coat of Tamiya gloss varnish. It's diluted because it was nearly dried out, and I only found out on Sunday afternoon. I'll give them another coat when I get some more.

Interestingly in December's MWBG there's a really good article on varnish, written by someone who understands the actual chemistry behind it all. It brought back a few memories as my father was a paint chemist for most of his working life, and some of what was said I recognised. The article is mainly aimed at those painting metal figures which are going to get a lot of handling. Frankly, it was too much for me. I've always combined priming and undercoating, and never really had much in the way of problems. I lose more paint through stuff being bent that handling. He also lost me a bit when he talked about adding talculm powder to the paint.....life, I'm afraid, is way too short as it is.
Posted by Trebian at 13:08