To Build, or Not To Build

A while ago (2018) I picked up an old Hinchcliffe model at a bring and buy show. I may even have posted about it. 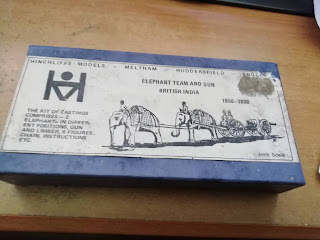 As you can see it is an elephant limber and gun team from mid-late 19th century India. As I have a more than passing interest in the Indian Mutiny, I could hardly pass on picking it up. I mean, who wouldn't? It cost me £3. The box says it is "4mm scale", and the code is 20/16 which makes it part of the 20mm equipment range, but the figures are more 25mm.
As I've just done "Indian Mutine-era" I thought I might get it out and finally build it. 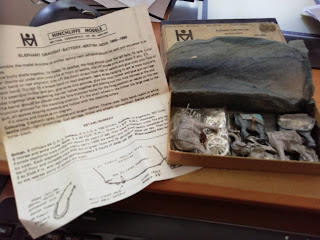 As you can see, the kit is complete, even including the instructions. 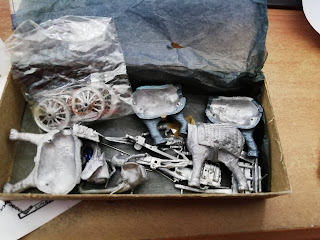 I mean it is completely complete. The wheels and haulage chains are still in their little cellophane bag. The previous owner has put some grey paint on a couple of the elephant halves, and painted a figure gloss blue, but otherwise as far as I can tell, it is perfect.
It's almost like it should be in a museum, along with an unopened box of 1960s Airfix figures. I don't know how old it is. I'm guessing from the catalogues I can find on line that it is mid 70s, but can't be sure.
Should I build it, or keep it as a piece of history?